Digital spectacles that shoot video and display the images in front of the eyes are helping the partially sighted to see better.

The £6,000 Oxsight Prism glasses are designed for those with reduced peripheral vision caused by diabetes and glaucoma.

Tiny video cameras in the frame send pictures to transparent screens floating in front of the user’s eyes, projecting the images into the field of vision, giving patients a widescreen view.

The £6,000 Oxsight Prism glasses (pictured) are designed for those with reduced peripheral vision caused by diabetes and glaucoma 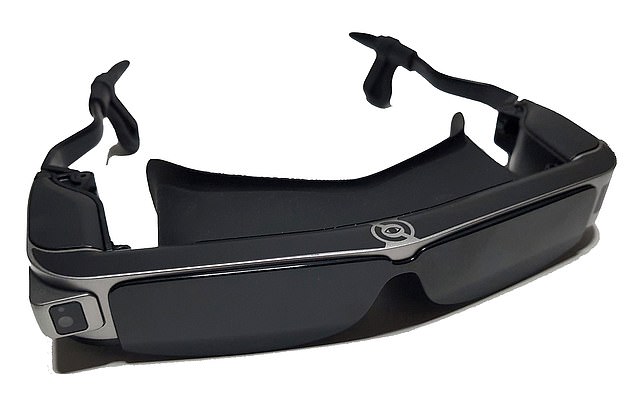 Tiny video cameras in the frame (pictured) send pictures to transparent screens floating in front of the user’s eyes, projecting the images into the field of vision, giving patients a widescreen view

‘It could be the difference between seeing just a nose rather than a face, or a group of people rather than just one,’ says Stephen Hicks, lecturer in neuroscience and visual prosthetics at Oxford University, who developed the glasses.

There really is such a thing as a love bug, scientists say.

Gut bacteria – also called the gut microbiome – is essential for health, and humans typically have at least 1,000 species of bacteria living in their system, made up of trillions of different cells. 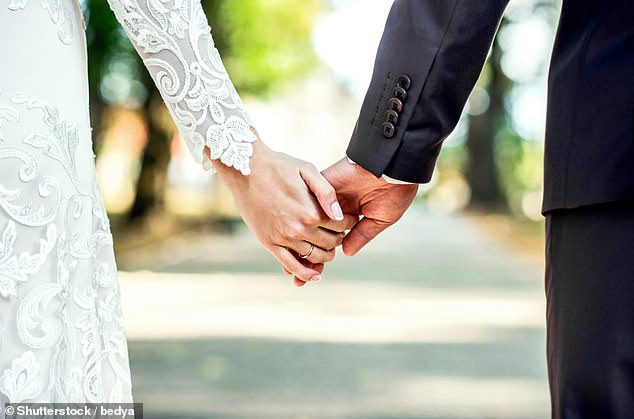 They help to regulate the immune system and protect against harmful bacteria that enter the body.

But the make-up of this microbiome varies from one person to the next. A study by experts at Wisconsin University in the US, published in Scientific Reports, looked at 408 men and women and showed couples tend to have more similar gut profiles than siblings or strangers, probably because they transfer organisms to each other by close contact.

And the longer they had been together, the greater the similarity.

Intriguingly, the effects were even greater than that of genes or the environment.

Skipping breakfast might make you grumpy, or ‘hangry’ as it’s called – but could it have a long-term impact on mood? Researchers tracked more than 700 men and women, aged 19 to 68, for three years, monitoring morning eating habits and mental health. 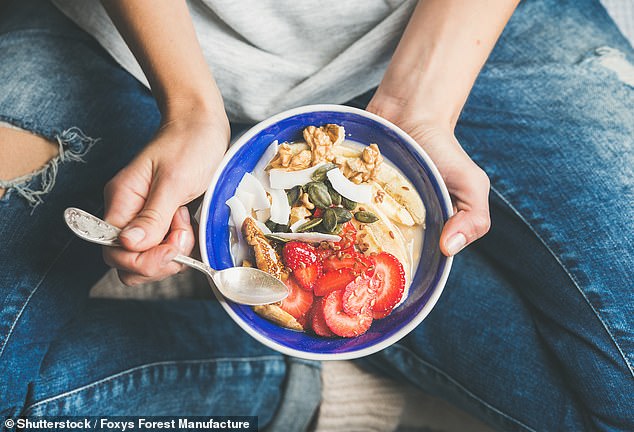 The results showed that those missing breakfast were three times more likely to show signs of depression than those who started the day with a meal.

The Japanese researchers believe that breakfast lowers the levels of the stress hormone cortisol, which is normally released at night and has been linked to greater risk of depression.

Hypnotherapy by video call is an effective treatment for common bowel conditions, research shows. Nearly seven out of ten patients with irritable bowel syndrome, which affects one in ten Britons, saw a drop in symptoms such as diarrhoea and cramps after the therapy, conducted via Skype.

Face-to-face hypnotherapy designed to stop them focusing on symptoms has proven to be effective, but the technique is available at only a few NHS centres. A trial at Wythenshawe Hospital in Manchester tested Skype hypnotherapy on 20 IBS patients. Results showed 65 per cent reported reduced symptoms.

Make your own bedtime shot

As regular readers will know, I’m slightly obsessed with my juicer – and I have been making my own versions of those tasty but expensive shots you can pick up in some supermarkets and health shops. 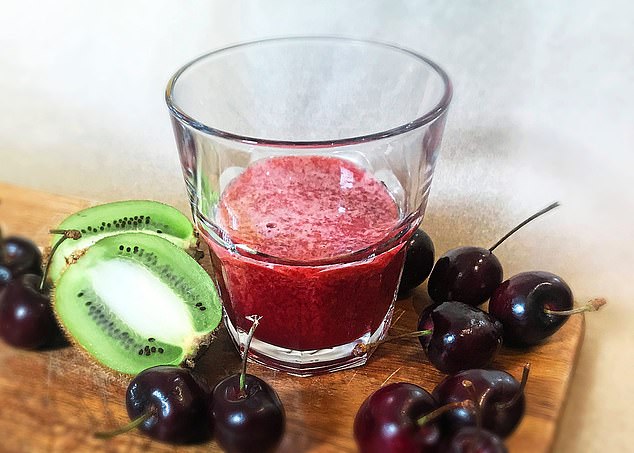 This bedtime shot contains 200g of fresh cherries and one kiwi fruit. It contains a hormone that can help you sleep

Cherries are a natural source of melatonin, a hormone that helps you sleep. Kiwis are also thought to help aid the sleep-wake cycle.

How much hard evidence there is for this, I don’t know. But if you’re having trouble nodding off, give this quick-fix shot a try. At the very least, it’s zingy and delicious.

1. Peel the kiwi and cut it into quarters.

2. Remove the stalks and stones from the cherries.

3. Put the ingredients into a juicer and blitz.

4. Drink the shot an hour before bedtime.

Heath and Heather After- dinner tea

Replace the post-dinner hot chocolate with this aromatic combination of organic fennel, coriander and fenugreek that will settle the stomach and ease digestion. 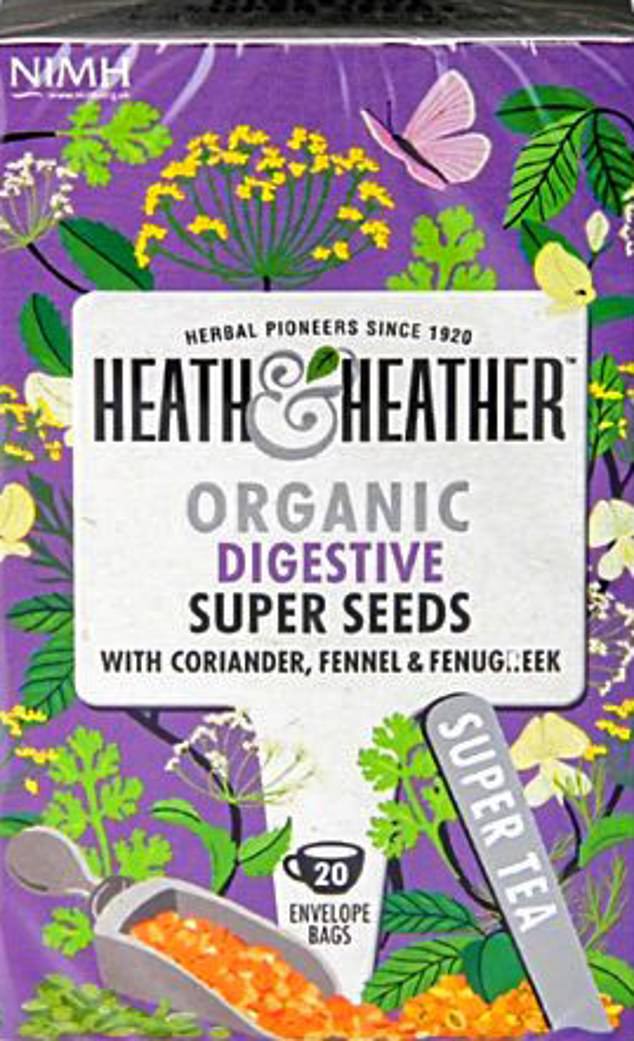 Heath and heather after-dinner tea (pictured), which costs £2.25 from Holland and Barrett