State health officials are increasingly saying that a contact tracing app being built by Apple and Google will be useless because it doesn’t show where potential coronavirus exposures took place, or share data with government.

Officials in Utah, North Dakota and elsewhere are developing their own apps or hiring legions of contact tracers after rejecting the project under development by the two tech giants.

‘We want to know if, all of a sudden, contact tracing identifies that we’ve had a lot of positives at a particular grocery store or a bar,’ Vern Dosch, North Dakota’s contract tracing liaison, told NPR.

Utah’s homegrown contact tracing app is seen above. The app tracks symptoms and shares location data for contact tracing, the process of determining who might have been exposed

Using Bluetooth, their software would track the other phones that someone comes into close contact with, and then notify them if one of the contacts later tested positive for coronavirus.

The two tech giants said last month they would build special software to make Bluetooth apps work better. At first, this will be a tool that developers can integrate in their apps. That is due out in coming days.

Later this year, Apple and Google will include the tool in software updates, meaning users can log contacts without having to download an app.

The two companies set strict privacy rules. Apps that use the Apple-Google system cannot collect any personal data, including where contacts happened.

Contact data is stored only on the phone, and when a user is confirmed as infected an anonymous notification about possible exposure will go directly to other phones. 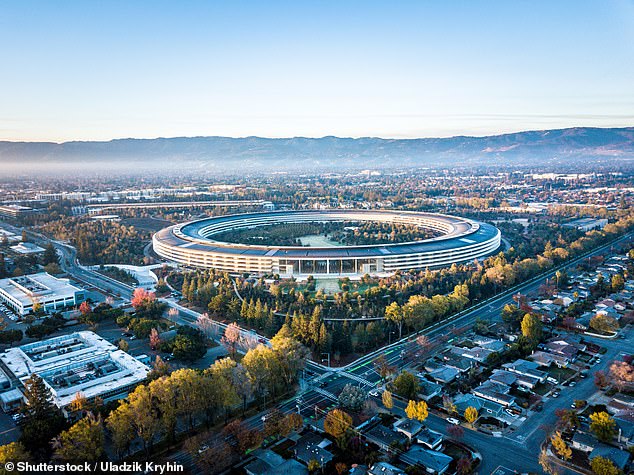 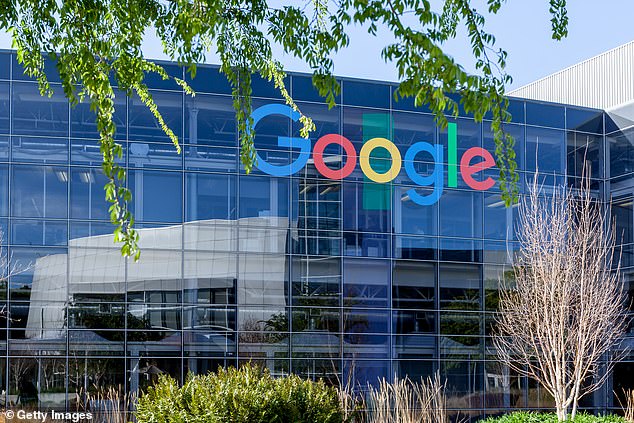 Google’s headquarters is seen. Many health officials say the strict privacy limits on the Apple-Google collaboration make it worthless for contact tracing

Frustrated by the limitations of the system, state officials have begun building their own tracing apps.

In Utah, more than 45,000 people have signed up for the state’s own contact tracing app, Healthy Together, since it was released in late April.

The app does not automatically share location history with state officials, but if someone tests positive for coronavirus, they get an invitation in the app to share their location history and contact history over the past 14 days with a contact tracer.

The location log is intended to jog the patient’s memory and cut down on the interview time needed to trace back through their movements.

In New York, former New York City Mayor Michael Bloomberg is leading the state’s effort to build its own app and hire an army of thousands of contact tracers to interview people who contract coronavirus and notify people they may have infected. 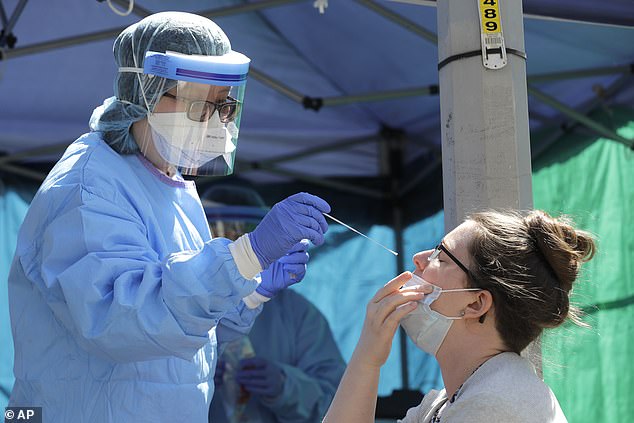 A nurse at at the International Community Health Services clinic in Seattle’s International District, takes a nose swab sample for a coronavirus test on Friday 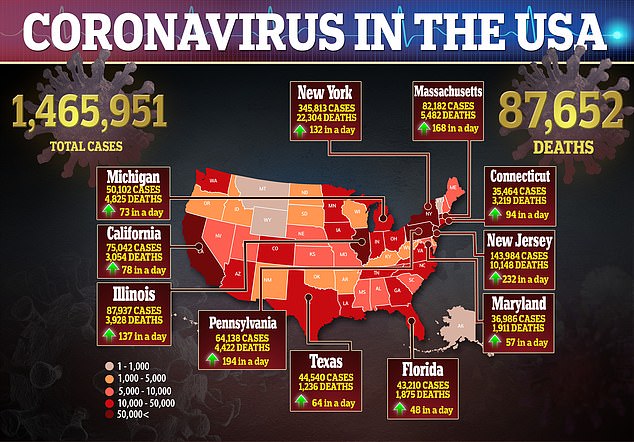 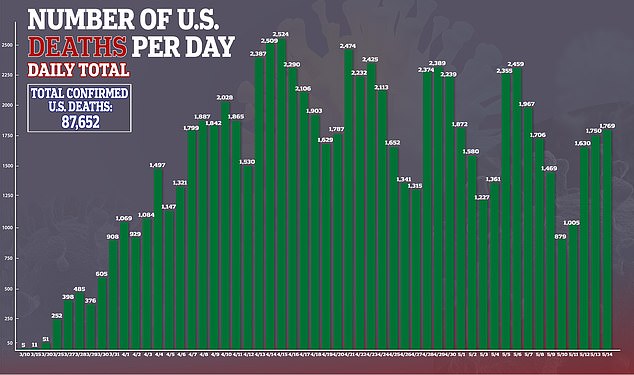 ‘Every minute that ticks by, maybe someone else is getting infected, so we want to be able to use everything we can,’ Dosch, the contact-tracing liaison for North Dakota, told the Washington Post.

‘I get it. They have a brand to protect,’ he added of Apple and Google’s privacy restrictions. ‘I just wish they would have led with their jaw.’

With the Apple and Google approach, ‘We’ve overcompensated for privacy and still created other risks and not solved the problem,’ Ashkan Soltani, the former chief technologist of the Federal Trade Commission, told the Post.

‘I’d personally be more comfortable if it were a health agency that I trusted and there were legal protections in place over the use of the data and I knew it was operated by a dedicated security team.’