Health testing firm LetsGetChecked was caught out when one of their subscribers tweeted the anchor to tell him he featured in their blog.

The Twitter user claimed they received an email from the company, which ‘featured Alagiah then suggested an expensive blood test’.

Mr Alagiah, who recently announced his stage 4 bowel cancer has returned, replied to say he wasn’t aware and he has ‘never endorsed LetsGetChecked’. 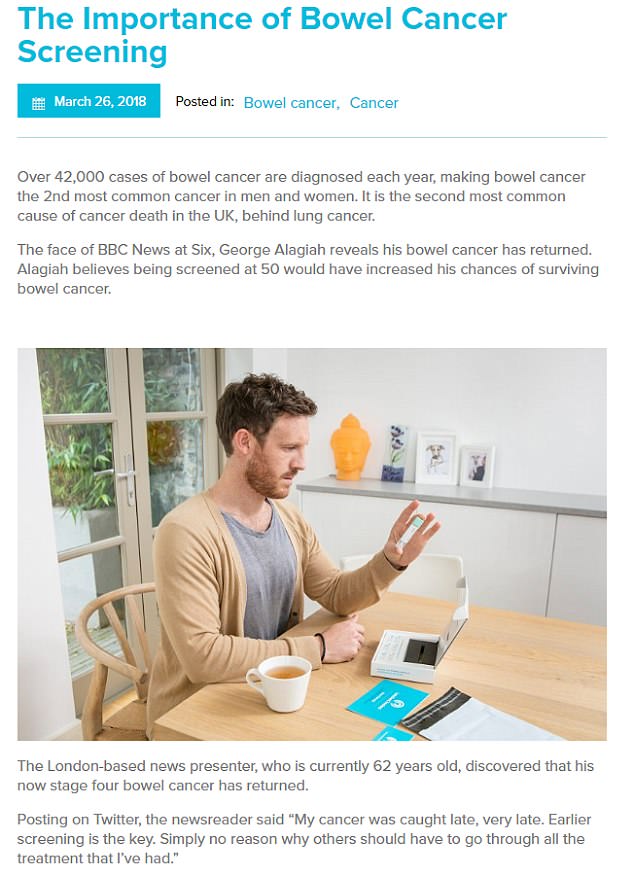 The blog post (pictured) was sent out to LetsGetChecked email subscribers, which a Twitter user claimed ‘suggested an expensive testing kit’ 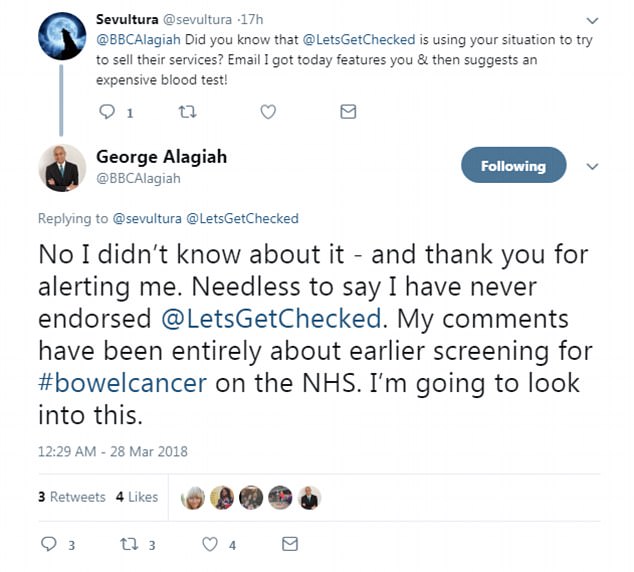 Mr Alagiah, who recently announced his stage 4 bowel cancer has returned, replied to say he wasn’t aware and he has ‘never endorsed LetsGetChecked’

He wrote on Twitter today: ‘No I didn’t know about it – and thank you for alerting me. Needless to say I have never endorsed LetsGetChecked.

‘My comments have been entirely about earlier screening for #bowelcancer on the NHS. I’m going to look into this.’

The social media user, who goes by the name of Sevultura, asked if he could email the newsletter to Mr Alagiah directly and added: ‘It struck me as both exploitative & a bit underhand as it came across a bit like a ‘celebrity endorsement.’

A spokesman wrote: ‘Apologies for any inconvenience caused. We wrote an informative blog post about the importance of getting screened early for bowel cancer.

‘Please understand, our intention is to raise awareness and provide access to screening from the home.’ 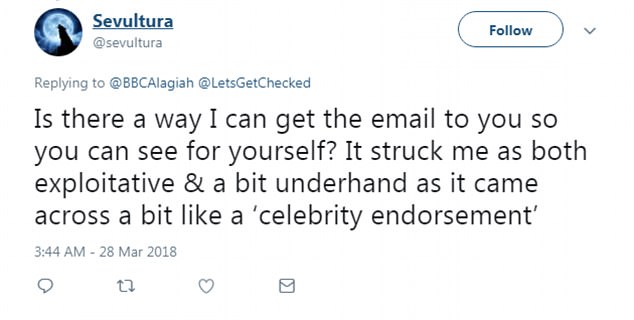 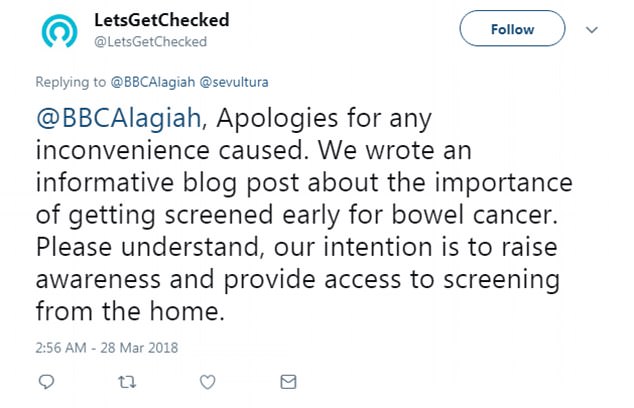 The company, which provides paid-for screening kits for HIV, cancer and various other diseases, told MailOnline: ‘In relation to the tweet, we contacted the media team who represent George immediately and provided the content shared.

‘They understood the intent of the article was to speak about screening early, delivering better clinical outcomes and increasing survival rates.

‘We did not get hold of George in advance of writing the article and have apologised directly for publishing the article without having spoken to him first. We have no further comment at this time.’

The BBC and Mr Alagiah have also been approached for comment.

The popular broadcaster, recently revealed he has less than a 10 per cent chance of surviving the next five years.

By contrast, patients diagnosed with stage 1 bowel cancer have an almost 100 per cent chance of surviving the same time frame.

Alagiah, who was diagnosed aged 58, believes had he lived in Scotland – where routine testing is offered every two years from the age of 50 – his prognosis would have been much better.

In England, bowel cancer screening is offered from the age of 60. 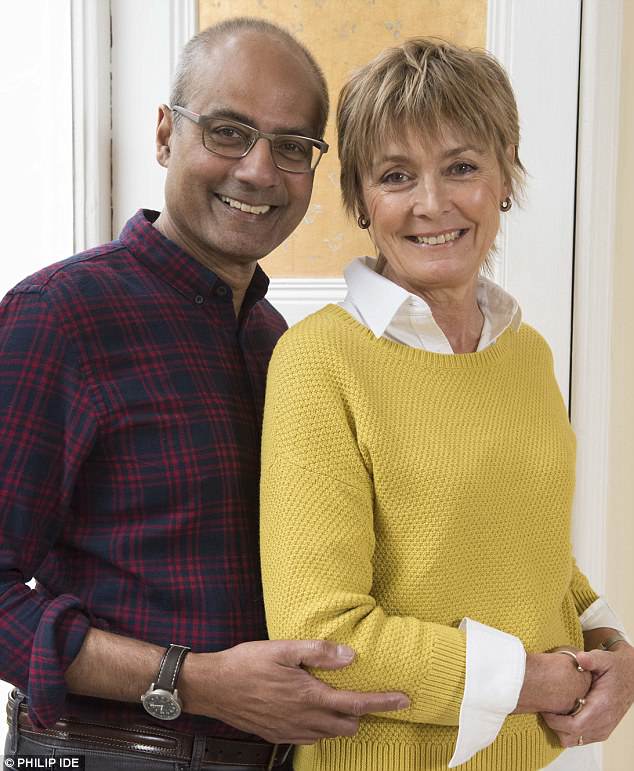 BBC News at Six presenter George Alagiah, with his wife Frances, has revealed he has less than 10 per cent chance of surviving the next five years after his bowel cancer returned

He has now thrown his support behind a campaign by Bowel Cancer UK and Beating Bowel Cancer to make the test more widely available to everyone aged over 50 in England.

Speaking to The Sunday Times, Alagiah said: ‘Had they had screening at 50, like they do in Scotland…I would have been screened at east three times and possibly four by the time I was 58 and this [cancer] would have been caught at the stage of a little polyp: snip, snip…’

The father-of-two, who has been the face of the BBC’s News At Six since 2007, was told his cancer had returned in January.

He continues to present the programme despite the recurrence.

The Sri Lanka-born presenter was previously diagnosed with the disease, which had spread to his liver and lymph nodes, in April 2014.

He had noticed blood in his stools and, after a colonoscopy, a tumour was discovered on his bowel.

On January 15 he tweeted: ‘Always knew cancer could come back but still tough dealing with disappointment.

He has been inundated with messages of support from fans and followers.