‘Keep the NHS public’: Health Secretary urged to stop privatisation of the health service as companies bid for £128million contracts

A total of 26 health service contracts worth more than £128 million are currently out to tender, according to research commissioned by the Labour Party.

One contract – for running the NHS 111 phones line in Kent, Medway and Sussex – is worth more than £90 million.

Labour’s shadow health secretary, Jonathan Ashworth, will call for a guarantee that these remain ‘in public hands’ during a House of Commons debate on Tuesday.

Urged: Health Secretary Matt Hancock, who assumed his role in July 2018,  has been asked to to stop private companies from securing NHS contracts

Mr Ashworth will also hit out at Mr Hancock’s ‘privatisation credentials’, after the Government minister’s approval of private health companies.

He has spoken in support of the controversial GP at Hand app, and visited a private MyDentist practice in Suffolk.

Current legislation require local NHS Clinical Commissioning Groups (CCGs) in England to tender out any contract worth more than £615,278.

The NHS long-term plan suggested there should be changes to the rules outlined in the 2012 Health and Social Care Act, which Labour said have led to an increase in the number of contracts awarded to private companies such as Virgin Care.

‘This Health Secretary’s privatisation credentials become clearer by the day, whether it’s promoting GP at Hand to endorsing private dentistry to now allowing millions of pounds worth of health services contracts to be privatised,’ Mr Ashworth is expected to say.

‘But when even NHS bosses are calling for the very worst aspects, the so-called section 75 provisions, of the Tory Health and Social Care Act to be binned surely Mr Hancock should step in, block these tenders and instead guarantee the contracts remains in public hands. 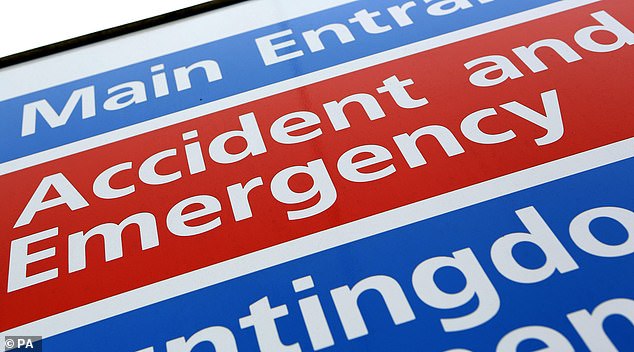 Big business: It comes shortly after three bidders were shortlisted for one of the biggest NHS pathology contracts: the South East London pathology programme, worth up to £2.2bn

‘Otherwise his promises to the Health Select Committee will be exposed as entirely hollow and it will be clear the Tory NHS privatisation agenda continues to run rampant.’

The contracts currently out to tender include one worth £90,552,000 to run an NHS 111 clinical assessment centre for Kent, Medway and Sussex CCGs.

The research for Labour, carried out by the House of Commons Library, was correct on February 15.

It comes shortly after three bidders were shortlisted for one of the biggest NHS pathology contracts: the South East London pathology programme.

The contract, which lasts for a decade, is worth up to £2.2bn.

The winning bidder will start providing its service from September 2020.