As those affected by the California wildfires struggle to cope with the loss of their homes, communities, and sometimes loved-ones, fears are brewing about the long-term health impacts of the devastating natural disaster.

Tragically, his department warned, the threat is multi-faceted.

Rescuers work among debris after the wildfire in Paradise, California. The collapsed buildings and burning flames have disrupted all kinds of toxins now lingering in dust

For those who weren’t close to collapsing buildings, the biggest concern is polluted, smoky air, which can also contain small dangerous particles.

Schools and public offices across California have been checking the air before re-opening.

As devastating photos have shown, the fires ravaging California have decimated buildings, creating clouds of dust for miles.

Those close to collapsed buildings may be exposed to pulverized concrete.

Our understanding of the health dangers of dust exposure primarily come from two sources: studies on workers at demolition sites and first responders to 9/11, who are at the center of the world’s longest-running post-disaster study ever conducted.

The toxic cocktail they inhaled has been directly linked to a number of illnesses, including a persistant cough, bronchitis, runny nose, gastroesophageal acid reflux disease (GERD) and cancer.

In the last 20 years, these models have given us a greater understanding of how pulverized concrete – particularly the crystalline silica it contains – directly causes lung diseases and cancers.

HOW TO PROTECT YOURSELF FROM DUST

People in affected areas need NIOSH-approved N90 or N95 masks – the best of the most ‘basic’ or widely accessible masks.

They filter out small particles but still allow you to breath easily.

The toxin invades the human body in a very similar way to asbestos, which causes mesothelioma, an aggressive cancer of the chest.

With particles small enough to invade the lungs (fewer than five millionths of a meter), crystalline silica perforates cells, allowing them to mutate and divide – laying the foundations for cancer. This process also leads to respiratory diseases like pulmonary fibrosis, asthma and silicosis by weakening the cells and damaging the lungs’ function.

Sixteen years after 9/11, medics are seeing this process unfold in the men and women who mined Ground Zero for survivors.

One of the most underestimated dangers to health after a natural disaster is fungus.

This was made plain after the January 1994 earthquake in Los Angeles.

Within days of the natural disaster, more than 170 people fell ill with Valley fever. Within months, dozens had died.

The deaths were traced back to a disease caused by a fungus called coccidioidomycosis, which is native to the soil of southern California.

Over the past two years, the UC Davis Center for Valley Fever has collated evidence showing that both the droughts and the wildfires in California have stirred up dangerous fungus, infecting animals and humans alike.

WHAT DO YOU DO IF YOU THINK YOU WERE EXPOSED TO DANGEROUS DUST?

Dr Louis De Palo, professor of pulmonary medicine at Mount Sinai Hospital in New York who has worked directly with 9/11 survivors, told Daily Mail Online last year that after dust exposure, the first step is: understand what you may have been exposed to.

‘If you understand your city map, and what’s in the neighborhood, you will have a better idea of what you’ve been exposed to. What fungal organisms are in your region, and what kind of buildings were you near?’ 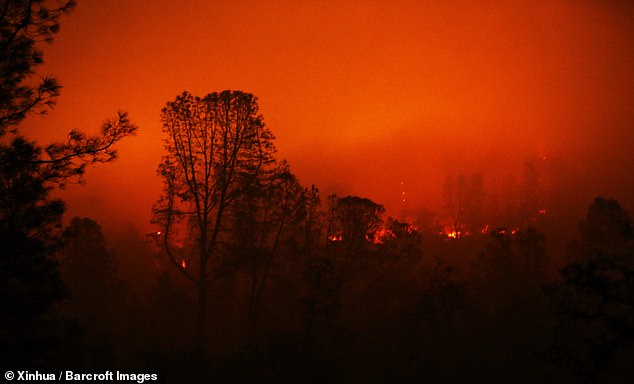 Then, speak to your doctor. If they think there is cause for concern, get regular check-ups to screen for lung diseases and other dust-linked illnesses.

‘What we found after 9/11 is that you can’t x-ray everybody or CAT-scan everybody, so we had to work out those who were most likely to have a high risk and make sure they are getting monitored.

‘We worked out regions of exposure – who was closest to the buildings? Then we monitor those people, and their symptoms. Are they developing a persistant cough? Do they have a runny nose? How is their lung function? If it’s getting worse, and they’re not a smoker, then that’s cause for concern, so we do more tests.

‘At the end of the day, the only way to protect yourself is to monitor your symptoms.’