A healthy 34-year-old woman’s headache was actually a massive brain hemorrhage caused by a rare congenital vascular abnormality that has left her with short-term memory loss.

Sidney Hirsch, 34, of Chicago, suffered a massive brain hemorrhage due to an arteriovenous malformation (AVM) on April 20, while she, her partner, Michael Wetmore, and their dogs were driving to her parents’ home in Michigan City, Indiana.

Wetmore said that Hirsch’s short-term memory has been impacted and that ‘a lot of that has to do with the fluid’ in her brain that needs to drain.

According to her GoFundMe page, the only sign of trouble was the beginnings of an ‘innocuous headache’ that Hirsch.

Sidney Hirsch, 34 (center), was on her way to visit her parents Easter weekend when she complained of a headache and then suffered a massive brain hemorrhage 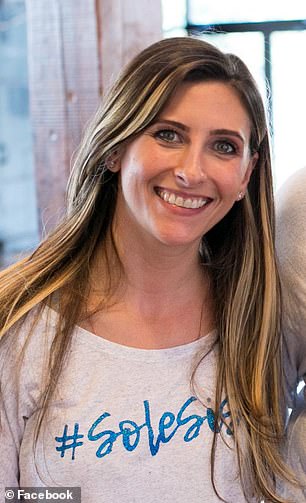 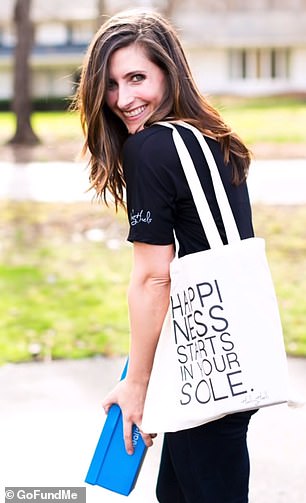 Within 20 minutes of the headache starting, Hirsch – who co-founded a company that donates shoes to women undergoing cancer treatment – was in an ambulance and unresponsive

‘We had a chat, she cracked some jokes — she was just being her,’ Wetmore told PEOPLE, describing the couple’s drive to Indiana.

Just 20 minutes after the headache started, Wetmore wrote, Hirsch was in an ambulance and unresponsive, struggling for her life.

An emergency room CT scan showed bleeding in the right side of her brain, requiring her to be airlifted to another hospital for surgery. The bleeding was apparently so severe that that ER doctors said there was a possibility she might not make it through the flight.

However, Hirsch not only survived the flight, but she also made it out of an 11-hour brain surgery the next day and is on the lengthy path to recovery.

Wetmore said Hirsch has ‘made remarkable improvements’ in the first few days since the surgery and has since been taken off the ventilator, able to talk and recognize her loved ones.

‘Up until today it was like 50 First Dates,’ Wetmore said of Hirsch’s inability to recall immediate, recent events, likening it to the 2004 movie starring Drew Barrymore as a woman with short-term memory loss who is wooed afresh every day by Adam Sandler’s character.

Wetmore described Hirsch as being ‘a quiet and determined fighter’ who has ‘beaten every odd’.

The left side of Hirsch’s body is said to have been the most damaged by the hemorrhage, which is difficult for her since she is left-handed. 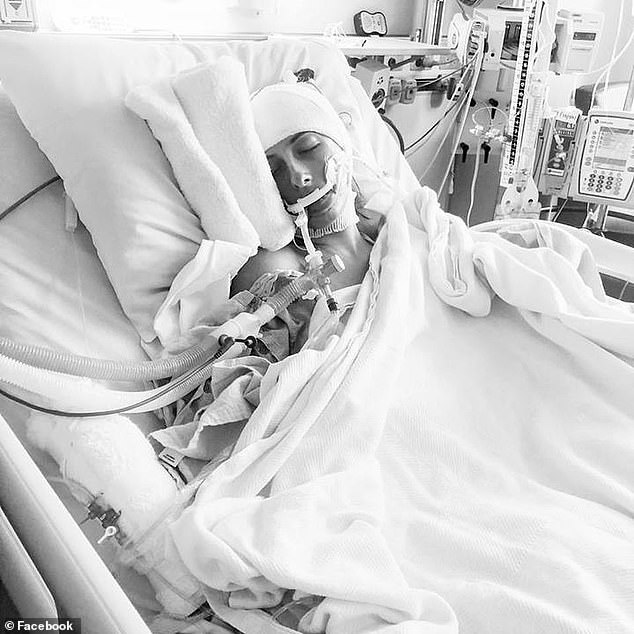 Hirsch’s emergency room CT scan showed bleeding in the right side of her brain. She was then airlifted to another hospital for surgery 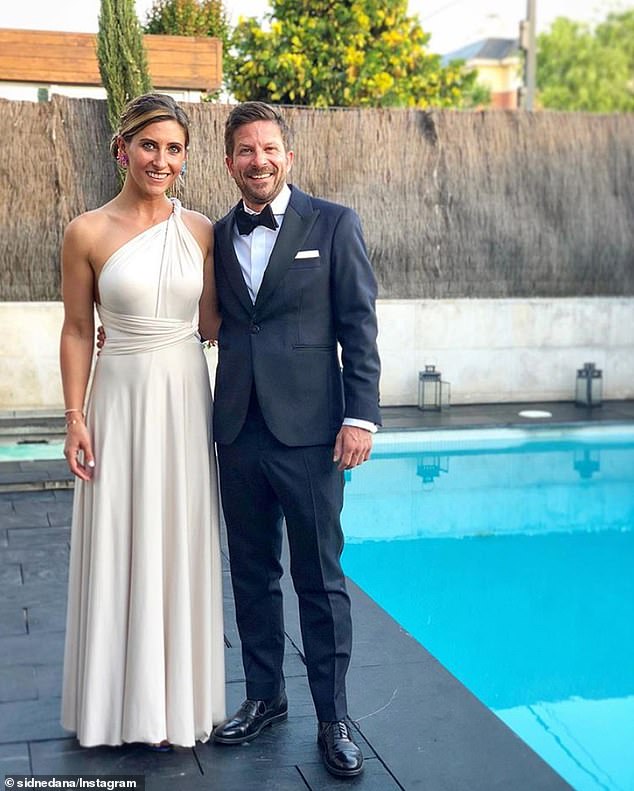 Hirsch was driving to her parent’s home with her partner, Michael Wetmore (pictured with Hirsch), who has started a GoFundMe to raise money for her lengthy recovery bills 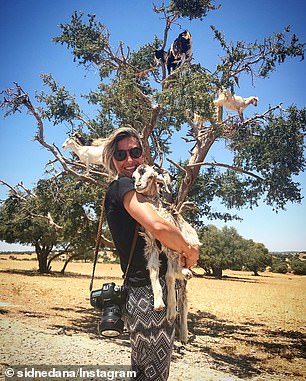 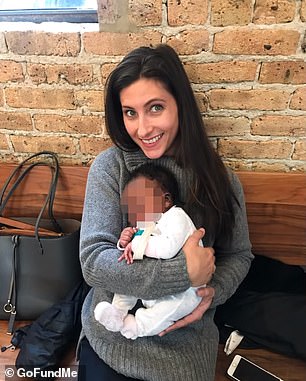 Hirsch underwent an 11-hour surgery and is said to be on the road to recovery. She has suffered damage to the left side of her body and has short-term memory loss 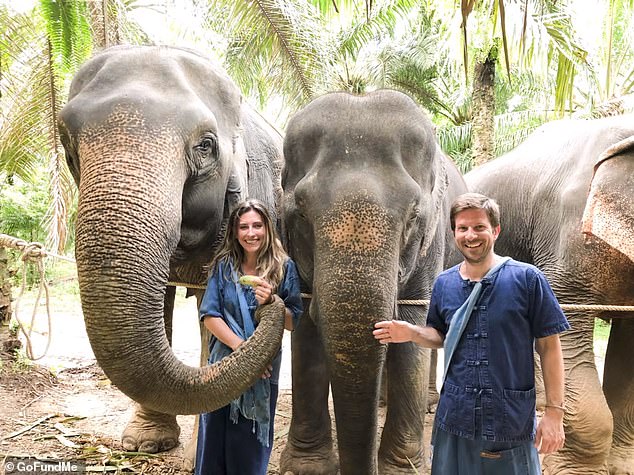 Hirsch (pictured with Wetmore) is expected to need at least four weeks of in-patient rehabilitation when she is released from the ICU. She has limited health insurance because she is an independent contractor

Her AVM — described as ‘a congenital tangle of abnormal blood vessels that connects arteries and veins in the brain’ — ‘was one of the rarest cases imaginable, and she had no idea’ she had it, Wetmore told People.

The congenital abnormality is said to affect less than one per cent of the population and, of that slim number, only two to four per cent of people with AVM experience bleeds, Wetmore wrote on GoFundMe.

Hirsch is still in the neurosurgical ICU and is expected to remain there until the fluid in her brain drains out. Her recovery process is said to be a ‘matter of months and years, not days and weeks,’ which is why Wetmore is raising money for her expensive treatment and recovery bills.

As an independent contractor, Hirsch, who co-founded Healing Heels, a company which makes and then donates shoes to woman going through cancer treatment, has to pay for her own insurance and is said to have limited health care coverage as a result.

When she is released from the ICU, she will have to go into in-patient rehabilitation for a period of four weeks, which will cost $7,000 per day.

‘We don’t know what the world will be like for her moving forward, but with your help, we can provide her the support she needs to overcome AVM and start this new chapter strong,’ Wetmore wrote.

He told PEOPLE that he is ‘going to any length possible to give her the best care possible, she will recover’ and noted that he refuses to do less than that for Hirsch.