Hearing problems could be a warning sign for memory loss

Hearing problems could be a warning sign for memory loss in older people.

People with hearing loss caused by the brain’s inability to hear sound are twice as likely to suffer forgetfulness, according to a study.

However, there is hope for older people with the beginnings of deafness who are afraid of losing their memory and potential dementia.
Those who have hearing loss caused by problems in the inner ear, not the brain, have no greater risk of becoming forgetful.
Researchers looked at more than 1,600 people with an average age of 75 to determine the link between hearing and memory.
People with ‘central age-related hearing loss’ were twice as likely to have mild cognitive impairment as those with normal hearing. 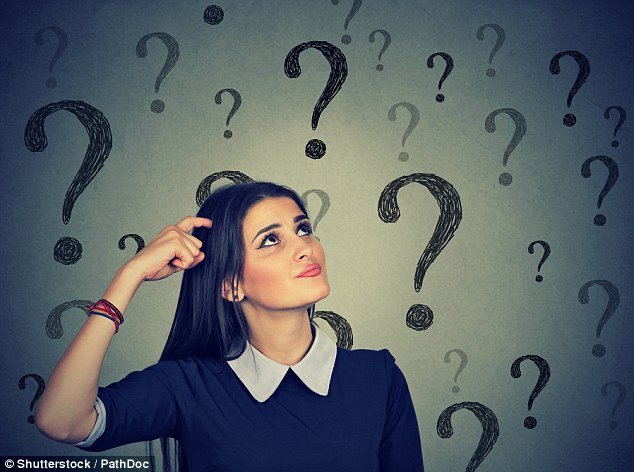 People with hearing loss caused by the brain’s inability to hear sound are twice as likely to suffer forgetfulness, according to a study

These are the people who struggle to make sense of sounds, who say: ‘I can hear, but I can’t understand.’

However, those with ‘peripheral age-related hearing loss’, caused by inner ear and nerve problems which make it hard to hear, had no greater risk of mild cognitive impairment compared to people with normal hearing.

The link is important because mild cognitive impairment, which includes problems with judgement and memory, can increase someone’s risk of dementia and Alzheimer’s disease.

The study’s lead author, Rodolfo Sardone, from the University of Bari in Italy, said: ‘These preliminary results suggest that central hearing loss may share the same progressive loss of functioning in brain cells that occurs in cognitive decline, rather than the sensory deprivation that happens with peripheral hearing loss.

‘It’s a problem with perception. Tests of hearing perception should be given to people who are older than 65 and also to people with cognitive impairment.’

The study, which will be presented at the American Academy of Neurology’s annual meeting in April, involved 1,604 participants of the Great Age Study in the south of Italy.

IS THERE A LINK BETWEEN HEARING LOSS AND DEMENTIA?

In recent years, several studies have highlighted a link between hearing loss and dementia.

Researchers in December claimed that a hearing aid could help prevent cognitive decline and dementia by improving verbal communication and keeping the brain healthy. In many cases, older people with hearing loss and dexterity problems can benefit from using hearing aids that are rechargeable.

This includes executive function and episodic memory – autobiographical events such as times, places.

It is estimated two-thirds of the over 65s suffer hearing loss and previous studies have shown ARHL precedes the onset of dementia by five to 10 years.

Experts have suggested the lack of mental stimulation experienced by those who are hard of hearing may play a role in declined cognitive function.

Of the 192 people with central hearing loss, three-quarters had mild cognitive impairment – which includes problems with memory, language, thinking and judgment.

Of the 609 with no hearing loss, 60 percent had mild cognitive impairment, showing a link between central hearing loss and memory problems.

In contrast, people with peripheral hearing loss were no more likely to have mild cognitive impairment than people with no hearing problems.

Dr David Reynolds, chief scientific officer at Alzheimer’s Research UK, said: ‘Investigating a link between hearing loss and a decline in memory and thinking is an active and growing area of research.

‘Recent studies have implicated hearing loss as a potentially important dementia risk factor, and one that we may be able to counter with existing strategies.

‘This population-based study appears to show a contrast between two types of hearing loss and the development of mild memory problems, but we will have to wait to see the full findings from this and other studies before making any firm conclusions.’

Vaitheki Maheswaran, audiologist for Action on Hearing Loss, said: ‘Hearing loss and dementia are linked with ageing and often occur together as we get older – the majority of people with dementia are over 70 and nearly three quarters of people over 70 have hearing loss.’

She added: ‘However, hearing loss can occasionally be misdiagnosed as dementia or make the symptoms of dementia appear worse.’