This is the heart breaking moment a mother dog tries to bring her dead puppy back to life by digging it out of a grave.

Three-year-old Labrador mix, Kookie, had given birth to puppies on Sunday evening in Zamboanga, the Philippines. Sadly one male pup did not make it through the night.

Owner Kaye de Luna and her family were woken by Kookie’s loud barks early the next morning alerting them that one of her puppies, the weakest of the group, had died overnight.

Giving the pup a dignified send off Ms De Luna buried the little one in an unmarked grave in their garden.

Just hours later as the family took Kookie for a walk she went over to her pup’s grave and began to frantically dig.

Footage shows the maternal dog struggling to unearth her dead pup, scratching at the surface of the grave. 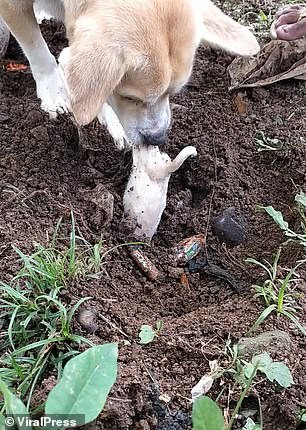 After removing enough dirt to reach the pup Kookie pulls the lifeless pup out with her mouth. Owner Kaye de Luna buried the pup in her garden in Zamboanga, Philippines 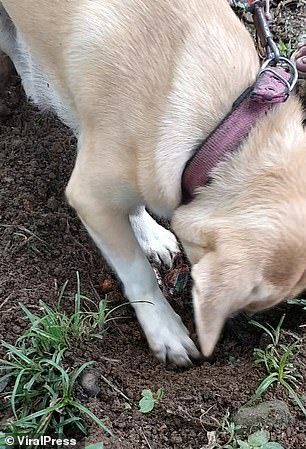 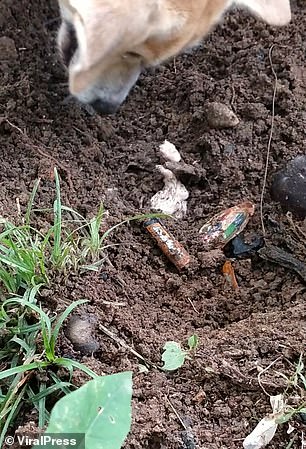 After finally removing enough dirt to reach the pup the mother pulls the lifeless pup out with her mouth.

Ms De Luna said: ‘The first time that Kookie was pregnant, she miscarried. Now, a puppy has died. She must be devastated.

‘It is really sad for her. We could see how much she cared about all of her litter. Even the one that died she was still thinking about him.’ 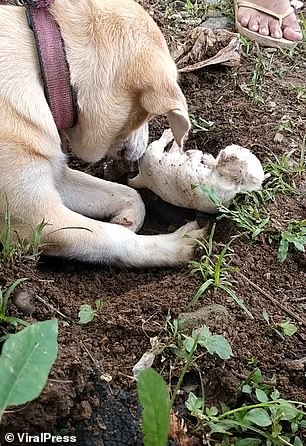 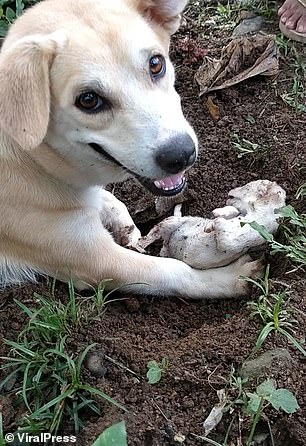 In the video Kookie continues to lick and nudge the pup in an attempt to revive her, but to no avail.

Her caring owner Ms De Luna can be heard sobbing in the background as she watches the heartbreaking scene unfold in her garden.