Tour de France rider Daniel Oss suffered a broken neck after smashing into a fan during an accident-strewn stage of the famous race that was partly held on cobblestones on Thursday.

Incredibly, the Italian finished the stage, which featured 11 sections held on the dangerous surface, before going for scans that revealed he’d fractured a vertebra in his neck.

Oss was moving at high speed on stage five of the tour when he smashed into the spectator, who leaned out into his path while filming the competitors on his phone.

The fan was slammed into the ground by the impact while the rider was hurled off his bike into the path of another competitor, who also crashed into the cobblestones.

Moment of impact: Daniel Oss collides with a spectator at high speed during stage five of the Tour de France 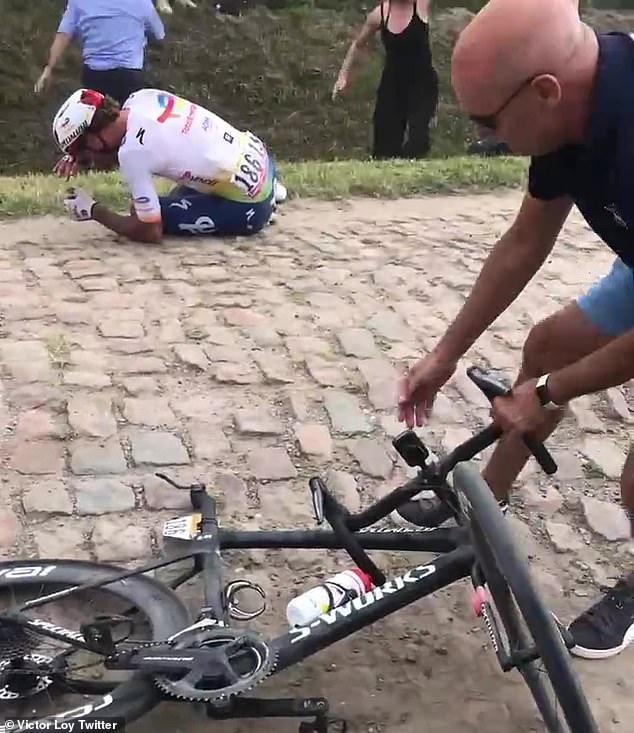 Another fan picks up Oss’s bike while he tries to get up. Incredibly, he finished the stage

Oss’s TotalEnergies team revealed the extent of the damage after he had scans on the injury.

‘Additional examinations revealed a fracture of a cervical vertebra requiring immobilisation for a few weeks,’ they tweeted.

‘Daniel Oss is therefore forced to leave the Tour de France. The whole team wishes you a good recovery Daniel.’

The other rider who fell as a result of the collision, Michael Gogl, suffered a broken collarbone and pelvis. Another rider was so badly injured during the stage that he was unable to take part in the following day’s action. 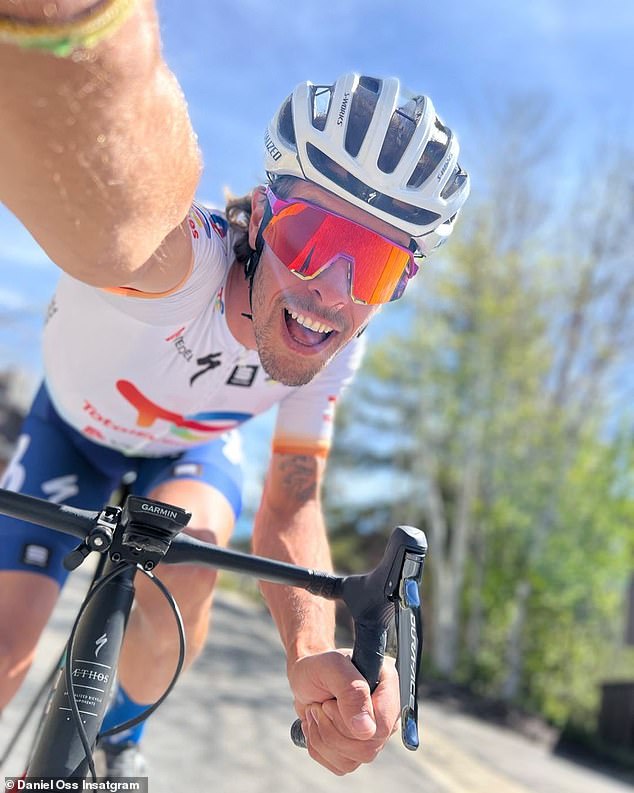 On Wednesday, Australian cycling veteran Simon Clarke etched his name in the record books after earning a magnificent, last-ditch stage  triumph to crown his long career after a brutal, crash-strewn cobbled stage.

Clarke was unable to contain his emotions as he crossed the line after winning a lung-busting sprint on Wednesday, completing a lifelong dream of clinching a stage of the famous Tour.

His victory makes him the oldest Australian to win a stage of the Tour, at 35 years and 355 days of age, while he is the fifth-oldest cyclist ever to win his first stage.