Dramatic footage of the U.S. Air Force Thunderbirds conducting a flypast across Southern California caught the moment when one of the aircraft was forced to take evasive action.

Video shot from a news helicopter shows the formation heading towards Newport Beach.

Suddenly, the aircraft designated as Thunderbird 6, on the far right was seen banking to the right in a sudden maneuver.

U.S. Air Force Thunderbirds were conducting a flypast of LA and San Diego 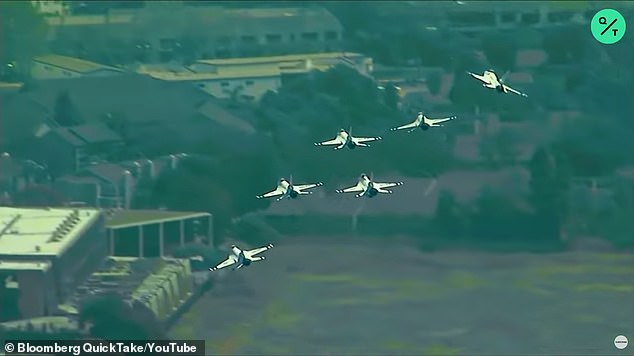 In an instant, one of the aircraft made a sudden move to the right 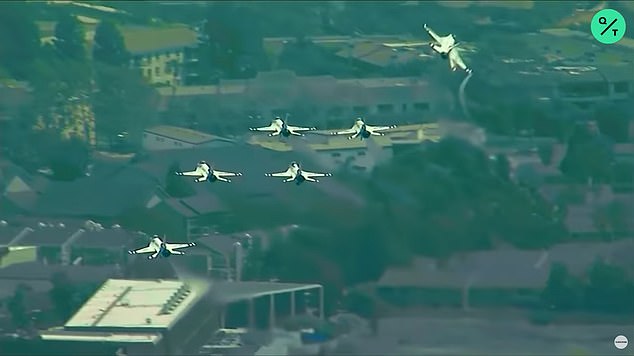 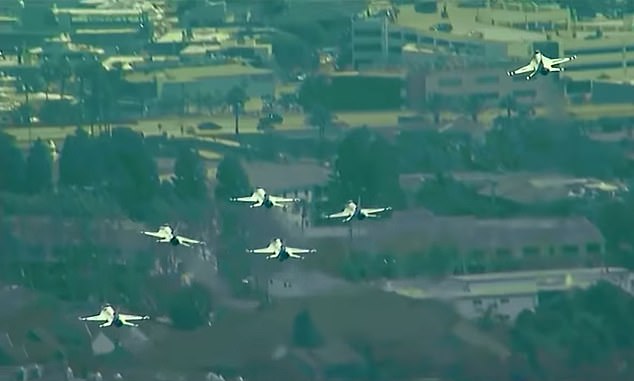 It happened just as the formation was making a turn when the leader of the group in Thunderbird 1 made a slight correction turn.

However, it then caused the pilot in Thunderbird 3 to also make a further adjustment.

The effect appeared to be magnified with Thunderbird 6 completely pulling away from the formation to avoid a potential collision.

The group’s precise delta formation is lost for a brief period of time but the group find themselves back together a short time later as they regrouped. 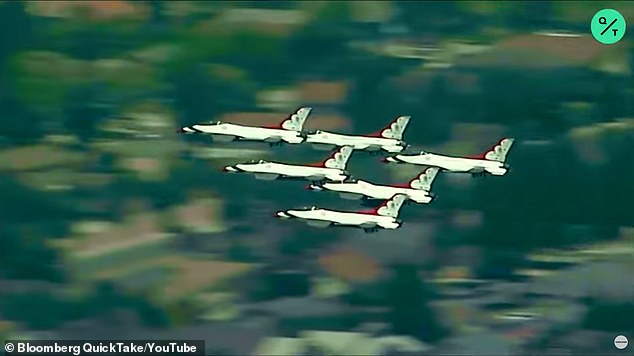 Moments later, the aircraft were back in formation once against for the flypast 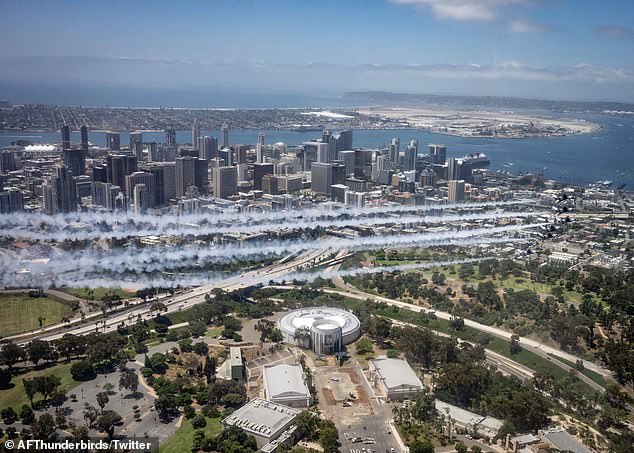 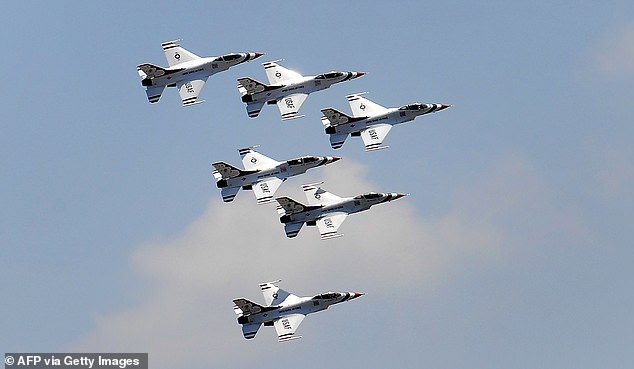 The aircraft are part of ;America Strong’ – a flypast to be held in various U.S. cities

It’s not clear what caused the initial disturbance, however from cockpit videos released by the display team it is clear that there is no room for error with the aircraft often flying just mere feet from one another.

The United States Air Force Thunderbirds display team who have been flying for almost 70 years were in Southern California flying over Los Angeles County and San Diego on Friday as a tribute to COVID workers who are on the frontline during the pandemic. 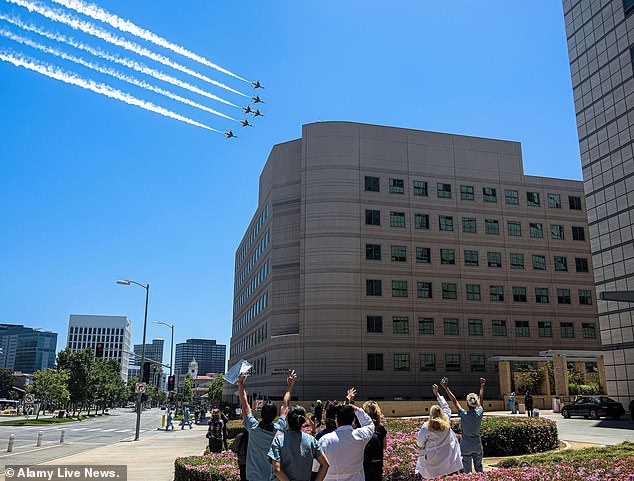 The US Air Force Thunderbirds soar over Westwood in a salute to healthcare workers, first responders and other essential workers on the front lines during the coronavirus pandemic 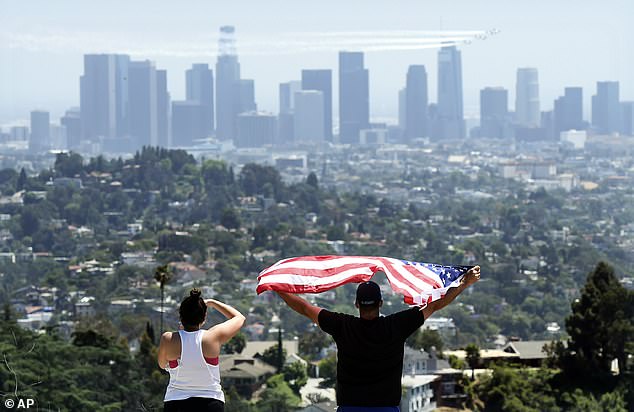 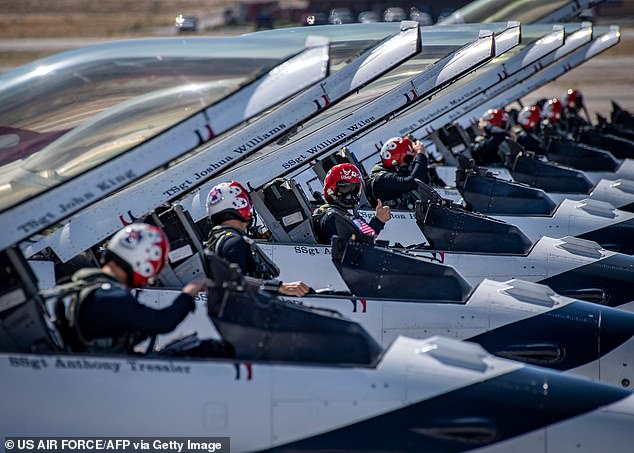 The Thunderbirds prepare to takeoff for an America Strong flyover over California at Nellis Air Force Base, Nevada 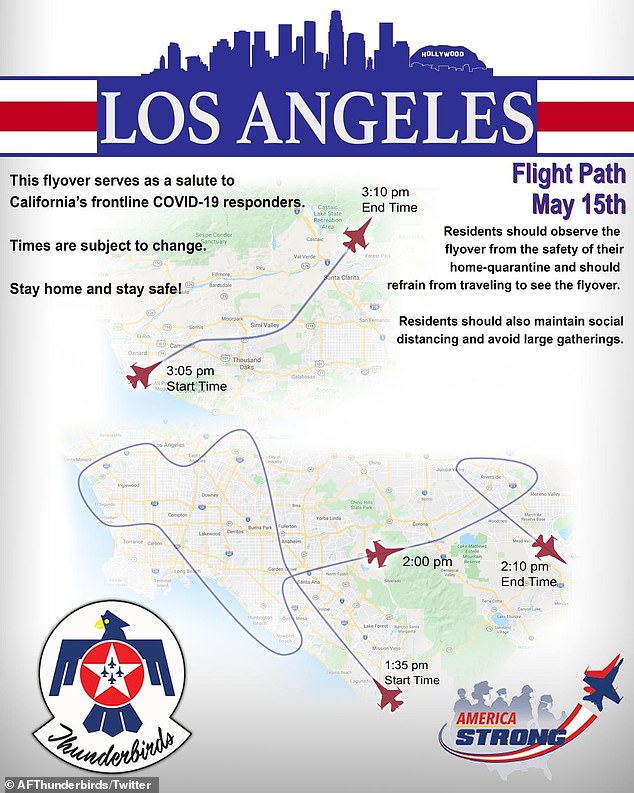