An Australian daredevil has been captured on video catapulting 20 metres down a waterfall – in a kayak.

Lachie Carracher, 29, took the plunge down the fast-flowing Dangar Falls in northern New South Wales after much weather-based preparation.

As the feat could only be completed when rainfall in the region hit its peak, recent wet weather conditions in the region meant the time was right for a paddle. 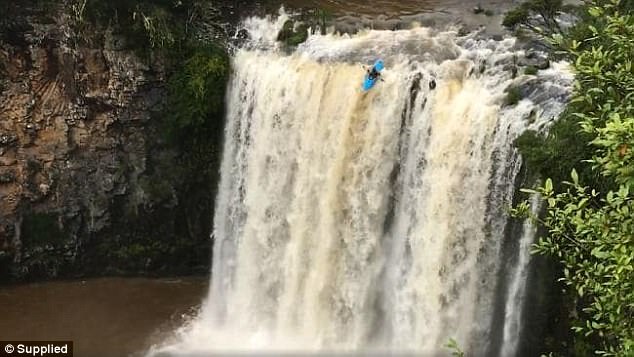 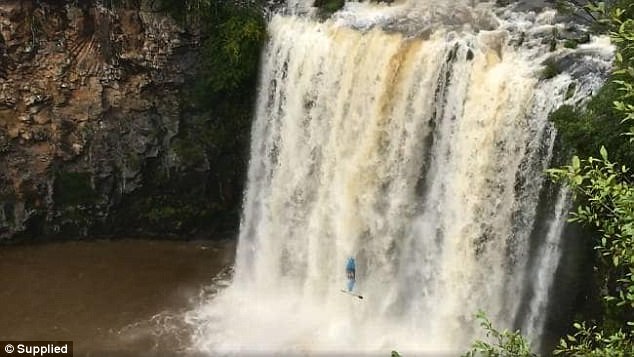 Despite briefly capsizing, another kayaker soon came to his aid and Lachie surfaced, much to the excitement of onlookers

When he’s not cascading down waterfalls the daredevil is a professional photographer and seasoned traveller.

Recently, he travelled the length of the River Ganges in India and documented the diverse landscape the river runs through.

From April 6 the photographs will be on exhibition in the Melbourne suburb of Collingwood with proceeds going to building a water health centre in western India.

In the kayaking footage, Melbourne-based Lachie is shown edging towards the falls’ in his blue craft before plummeting off its edge. 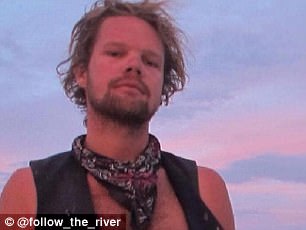 After a high-speed ride down the cascade he hits the water, kayak-first before plunging beneath the surface.

As Lachie, an accomplished kayaker, remained capsized for several seconds after the descent those behind the camera seem unsure whether the dive was a success.

Soon after a fellow kayaker in a yellow craft flips Lachie’s boat much to his, and his friend’s elation.

Despite being the site of a German tourist’s drowning death in 2012, Dangar Falls has long been a spot popular spot for people to jump off into the water below.

However it is thought Lachie is the first person to take on the waterfall in a kayak. 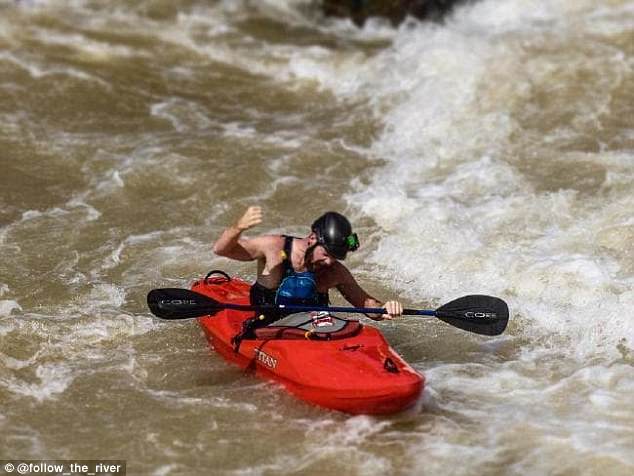 After a recent trip to India which saw him travel the length of the Ganges River, Lachie is holding an exhibition of his photos in Melbourne with proceeds going to building a water health centre in western India