Heart-stopping moment I ran over my beloved puppy

Listen!’ said my husband Ivo, cross voice. ‘Can’t you hear her?’ Ziggy was outside, with the bees and butterflies and the swallows dipping in and out of the barn.

I could hear birdsong and, yes, barking. ‘I can’t take it anymore!’ he wailed. ‘The barking!’

I was in London on a flying visit and he was in Somerset in reluctant sole charge for the second day on the trot of our fluffy, adorable, yet inexhaustible five-month-old cockapoo. So I made an executive decision to come back and relieve him a day early.

Masked up, sanitised, lunch from Pret, my son Ludo and I hopped on the 13.03 ghost train to Plymouth, arrived in Taunton at 14.49, picked up the Volvo, zoomed to Sainsbury’s for provisions, then headed for the hills.

Rachel Johnson who hit her five-month-old cockapoo Ziggy (pictured) with her Volvo, reflects on the accident in Exmoor Valley

It was a golden, hot July afternoon. Exmoor was at a dewy, verdant peak, painted green and bouncy by the luminous sunshine. Morale was high.

I was about to be reunited with my Ziggy, my lockdown puppy and apple of my eye. I imagined her jumping into my lap and whining with delight as I sat at the wheel, engine still running.

I slowed down as I came up the track into our yard. Ziggy has no road sense. We all knew that.

During lockdown, the endless delivery vans had trundled by on the track that runs past our door to the various dwellings on the remote farm (I should explain: my father was in the longhouse; I was in the farmhouse; my brother Max was in a converted byre).

The remote Exmoor valley we live in is two miles from a Tarmac road, but Piccadilly Circus in terms of traffic.

Sometimes we had Ziggy on a tether. We put up signs saying: ‘Slow, animals and children’. I begged everyone to look out for her on their endless comings and goings, especially as she liked to sit in the yard, her pale baby fur camouflaged on the dusty white concrete, bang in the middle of the only track in and out.

I’d texted my husband as I was leaving Taunton, so he knew I would be arriving. 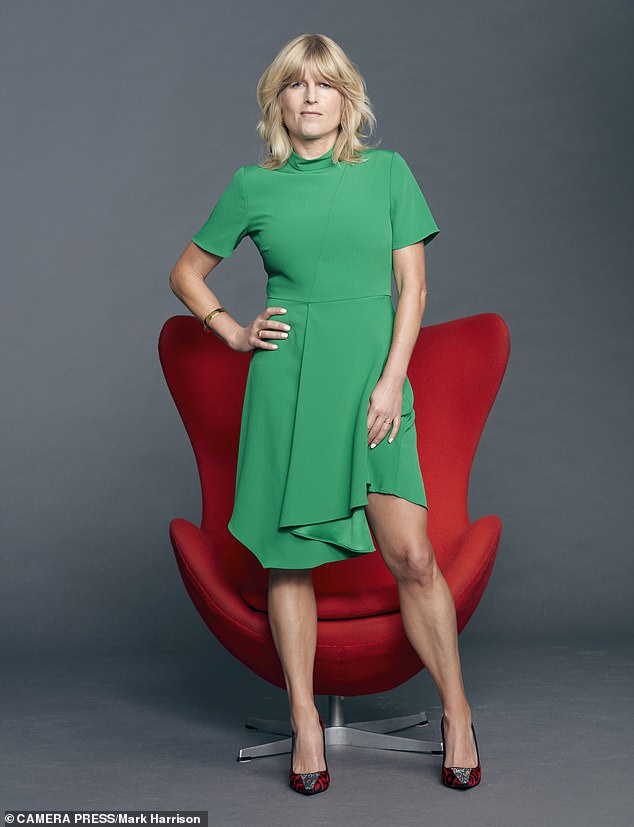 Rachel (pictured) admits she fled across the yard and began banging her head on a barn door, instead of rushing to Ziggy

Out of the corner of my eye I saw him mowing the lawn, but I was looking for a white blur with a face composed of three black dots. She wasn’t in her lookout on the wall. She wasn’t sitting in the yard. I had eyes only for Ziggy, but I didn’t see her.

I heard her. A high-pitched, terrible, affronted scream. Another. From under the car. My world went dark. I assumed I’d run her over — killed her with two tonnes of Swedish metal.

I am not proud of the next bit. Instead of rushing to her, I fled across the yard and spread-eagled myself on a barn door, banging my head on it, yelling: ‘No, no, no!’ I couldn’t bear to see her gashed and smashed like roadkill. Ivo rushed to the scene. Then I heard my son calling: ‘Mum! I think she’s OK.’

He had crawled under the Volvo and pulled out Ziggy. We converged on her limp form. Apart from black smudges, she appeared intact. But when we tried to move her, she cried and yelped.

I screamed at Ivo: ‘I texted to say I was leaving Taunton!’ 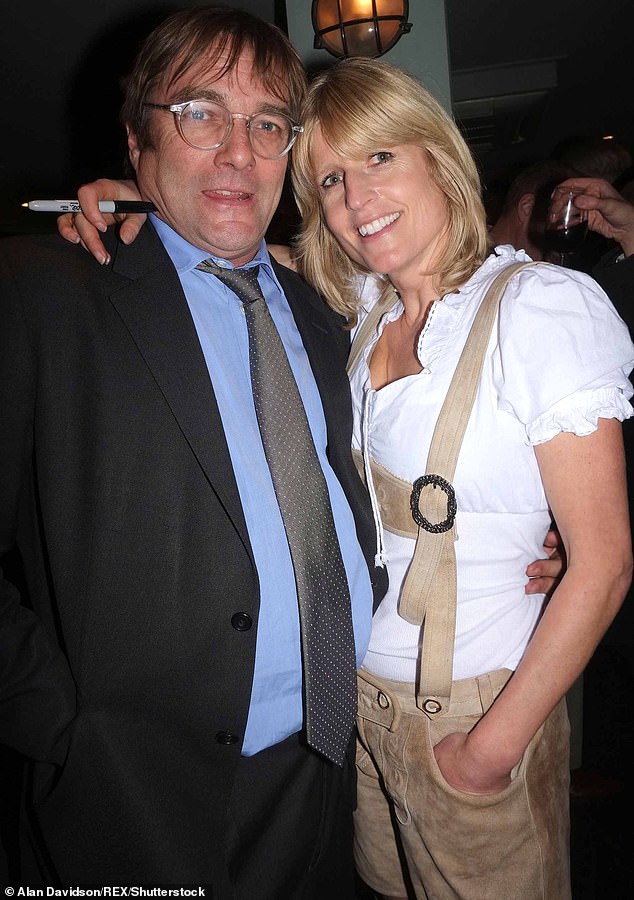 Rachel (pictured, with Ivo) who had a boot full of groceries including ice cream, drove to the seafront after taking Ziggy to the vet

‘Why didn’t you stop!’ he shouted. ‘You knew she would be excited and run out when she heard your car!’

Unspoken charge: Don’t put this on me. This is your fault! You knew she was a silly puppy who runs in front of cars.

We all had snot and tears coursing down our faces. I sat in the dirt with Ziggy and told her I was sorry over and over again, and how much we all loved her. We did not know if the accident was survivable.

Ivo went inside to call the emergency vet. It was a Sunday.

We got back in the car. I had a boot full of groceries, including Ben & Jerry’s Phish Food, and a broken puppy. I sat in the back with her, singing ‘her song’ and feeding her treats.

When we got to Minehead, we told Becky, the duty vet, what had happened.

‘It will be at least an hour,’ she said, adding something consoling like: ‘Happens all the time. We need to do X-rays. I’ll call you.’

We drove to the seafront. The tide was out. Ivo and I didn’t speak. I walked across the flat sand, weeping and walking and praying. Oscar Wilde’s line, ‘Yet each man kills the thing he loves’ pierced me like a cold shard. 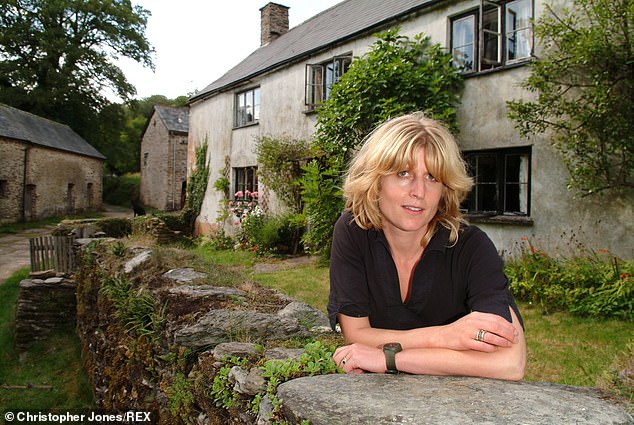 Rachel was advised to ensure Ziggy has four weeks of crate rest. Pictured: Rachel at her home in Exmoor

‘It’s good news . . . in the circumstances,’ she said. I started shaking. ‘Do you want to come back to the surgery?’

Ziggy had a broken pelvis. ‘Crate rest for four weeks,’ Becky said when I picked up Ziggy — plus meds — the next day.

We brought her home and she laid in her crate. She had diarrhoea. She wouldn’t eat her pills, even if I hid them in salmon and peanut butter. ‘She thinks you’re trying to find new ways to kill her,’ my husband said, helpfully. ‘It must be like living with your murderer.’

I ended up powdering them into scrambled egg.

That Sunday was one of the worst days of my life, but she has started to get better.

When she barked again — the magnificent Charolais bull and his herd were in the yard and she had to show them who was boss — even Ivo rejoiced at the penetrating sound. When she started biting our hands again, we almost cried with happiness.

When I tell people about this — and I can’t not tell people, I have to warn everyone how easy it is — they try to make me feel better by telling me all the people who have run over their pets, too. 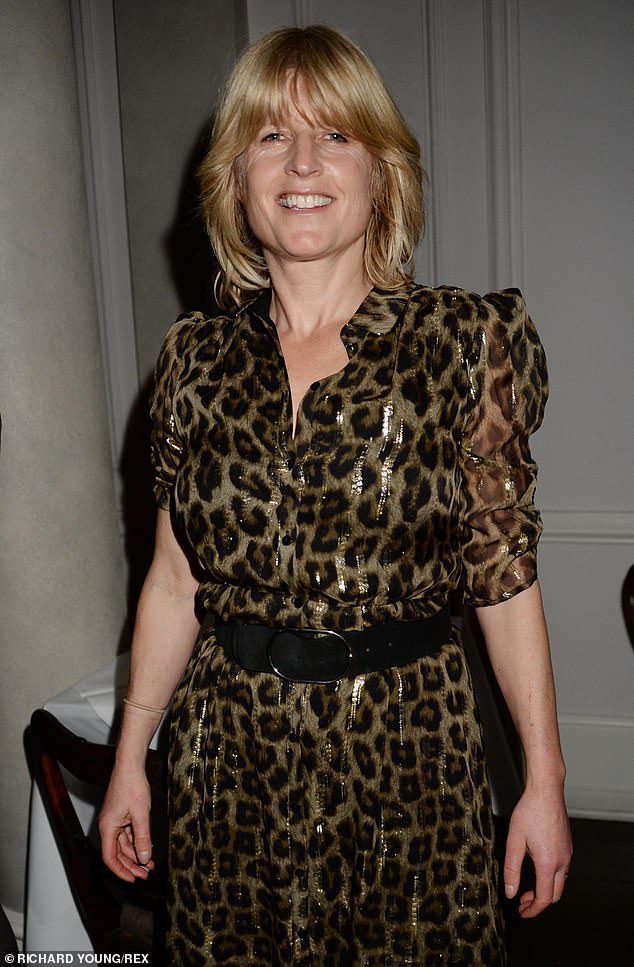 One brother reminds me that our grandfather ran over an old sheep who sat in the yard for years, and that ‘Old Blindie’, who’d had his eyes pecked out by crows as a lamb, ended up as a Johnson Sunday lunch.

Silver lining? The accident has made Ivo almost fall in love with Ziggy, too. Mainly out of solidarity. ‘She’s so much nicer after she was run over by you,’ he says.

As we are en route north for a holiday, I had to take her back to her birthplace, a kennels in Shepton Mallet, Somerset, for rehab until we return.

‘You’ve broken her and now you’re taking her back to the shop, saying this one doesn’t work,’ said Ivo, supportively.

It was agony at the kennels. ‘You must not blame yourself,’ said lovely Gwen. Then she told me about a local who ran over his own two-year-old child, thus proving my theory that whatever you say, however shattering, someone will trump it.

Let this be a lesson to you, happy lockdown puppy people. I do blame myself, but accidents waiting to happen, happen. 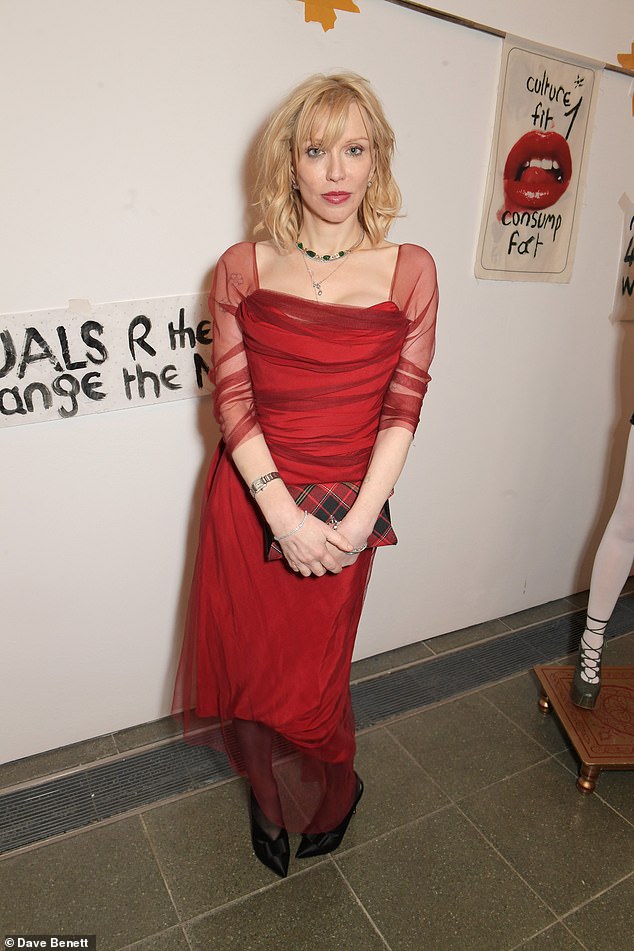 The best gossip I’ve heard during the coronavirus crisis is that Courtney Love was staying at London’s Chiltern Firehouse when lockdown began, and then politely declined to leave. The hellraiser allegedly remained at the A-list hotspot for so long, she became a legal resident. If this is true, it fills me with envy and admiration. That’s the way to do Covid! If you’re still there, Love, fancy a drink?

Lockdown has proved I’ll never be a ‘smug sober’

I know people who have smugly given up drinking over the past few months. But I know far more who have taken to the bottle out of boredom and stress.

So news that four out of ten households are drinking way more than before, especially those where people have been furloughed, does not surprise me. During lockdown, I have drunk almost every night, apart from the odd Thursday, which is temperance night as the next day I host an LBC radio talk show (it helps to be on the ball when people are shouting at me about the Government). On all other nights, as the hours advance and everyone else is offering each other G&Ts and ice-cold beers, I get so cranky I crack.

As soon as I’m holding a glass of cold white Burgundy, I can contemplate yet another evening in the company of my ‘loved ones’.