Footy superstar Dustin Martin knows how to entertain – and on Saturday night he was front and centre when Richmond stormed home to beat GWS Giants at Marvel Stadium in Melbourne.

Martin, 29, who is widely regarded as the best player in AFL, provided a heart stopping moment when he bowled over the goal umpire in the fourth quarter.

The incident was anything but deliberate, with cult-hero Martin cheekily stating post-game the official ‘carried on’ a bit – despite the heavy collision. 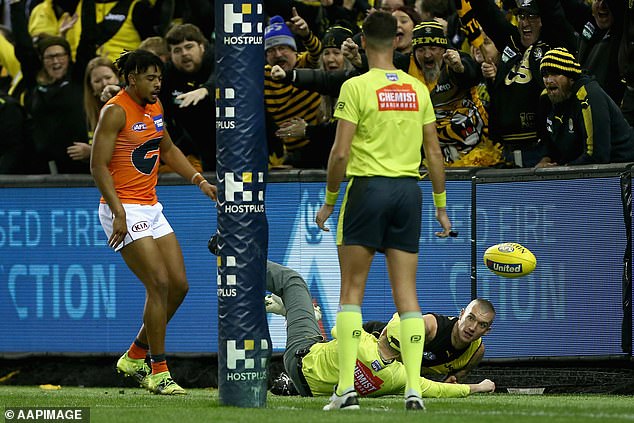 After running into the umpire, Martin (pictured) sportingly offered to help the match official from the ground

Sportingly, Martin offered to help up the official, who dusted himself off and continued his on-field role.

Renowned for his clutch on-field performances, the dynamic midfielder was in everything as the Tigers clawed their way back from a third-quarter deficit of 28 points to hit the lead with three minutes left in the final term.

Martin’s uncanny ball-winning ability was key, as was his trademark finesse in the goalsquare as defending premiers Richmond surged back into the top eight after their thrilling four point win.

The three-time premiership winner was the difference, booting four majors in the end to end classic round nine encounter.

‘It has been an up and down year, I’m just proud of the boys and we just stuck to what we knew,’ Martin told Fox Footy post-game.

Earlier this week, Martin launched a fitness app tipped to be his latest off-field endeavour.

He inked a contract extension with the Tigers in 2017 worth $1.1million per season, and is now set to help others to keep fit and improve their sporting performance with a range of videos and tutorials available via the app.

Martin also recently went on a property spending spree, splashing $14million in trendy Melbourne suburbs as he invests some of his AFL salary into property.

He is believed to be dating swimsuit model Jessica Gomes as the pair have been repeatedly spotted together in Melbourne in recent weeks. 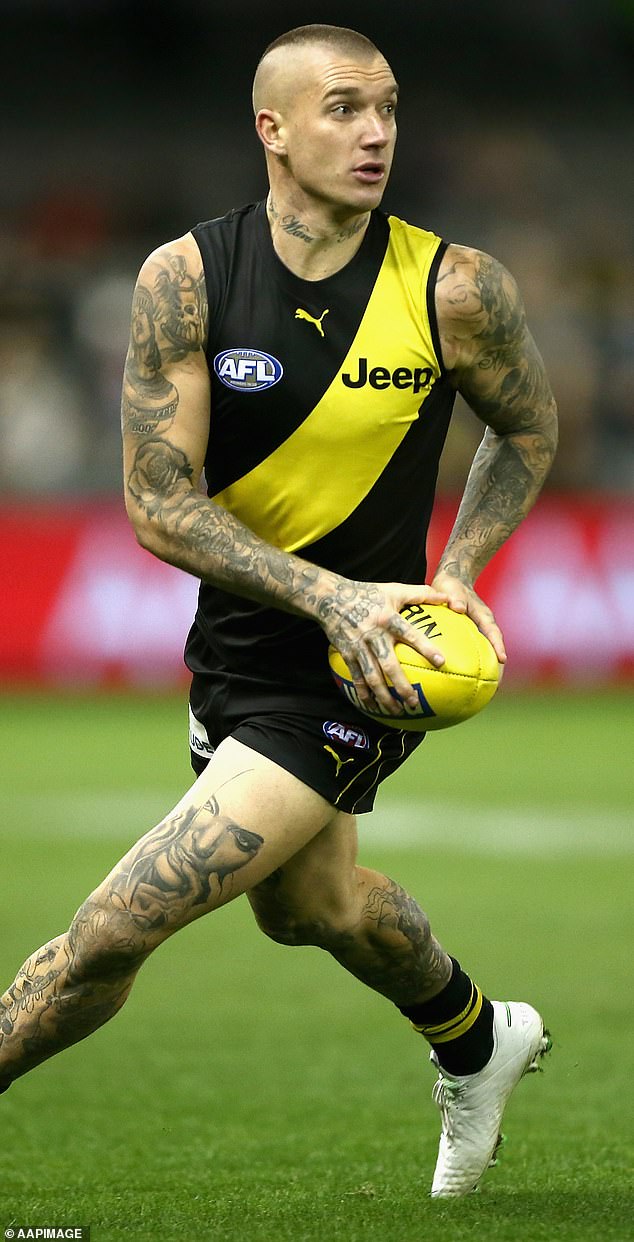 The classy midfielder (pictured) later joked about the incident, stating the goal umpire ‘carried on’ in the accidental collision 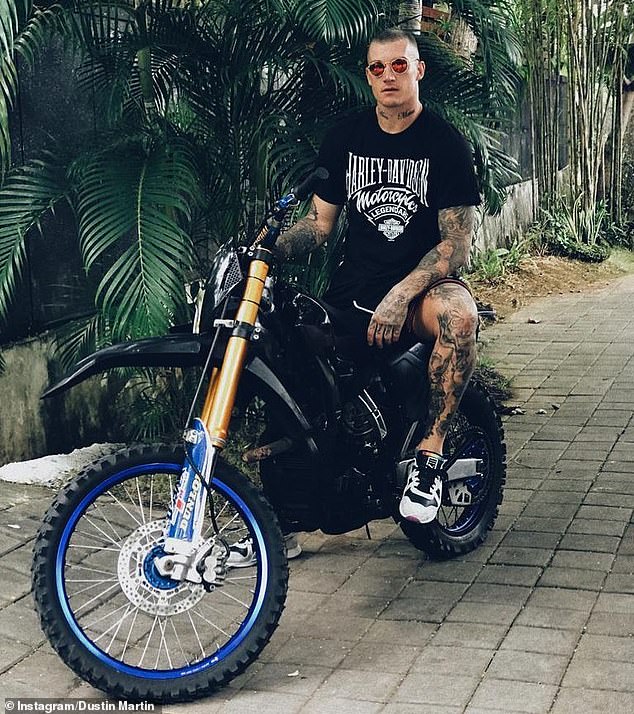 Dustin Martin (pictured) has become a cult hero with AFL fans, who admire his on-field talent and lavish off-field lifestyle