The heart-stopping moment a YouTube star was held up at gunpoint has been captured on a live stream video broadcasted to 900,000 subscribers.

Internet personality Adam Grandmaison – known as Adam22 – was filming a segment for his hip-hop podcast No Jumper on Sunday night when he suddenly found himself staring down the barrel of a gun.

An intruder somehow got into the back room of Grandmaison’s BMX and clothing store ONSOMESH*T in Los Angeles, where he proceeded to pull a gun on the host.

In the video, Grandmaison is about to tuck into his lunch when the firearm pops into the frame, pointing at his head.

The gunman can be heard demanding money from Grandmaison as he asks: ‘Do you want to die right now?’

Grandmaison wears a horrified expression as he struggles with the gunman for 14 seconds before store security steps in and knocks the assailant to the ground.

The heart-stopping moment internet personality Adam Grandmaison – known as Adam 22 – was held at gunpoint while recording a segment for his podcast on Sunday in Los Angeles was captured on a live stream video broadcasted to 900,000 subscribers 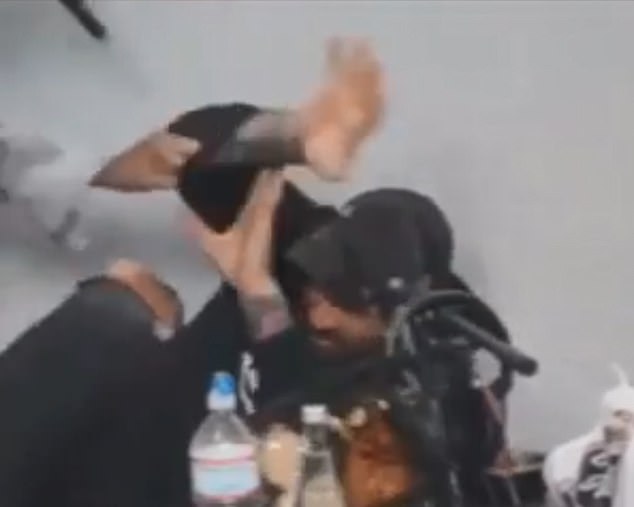 A suspect standing off screen pointed his gun at Grandmaison and demanded money. The host struggled with the gunman for about 14 seconds before security stepped in 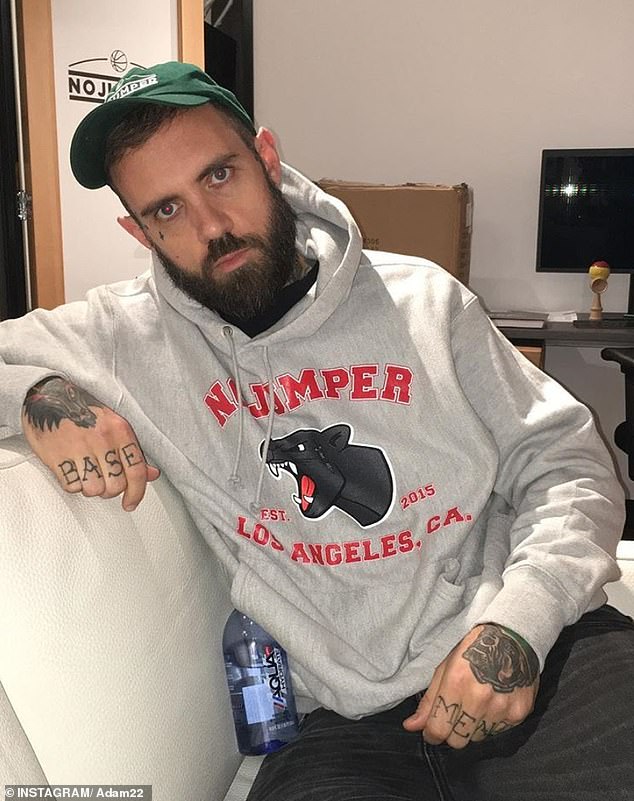 After the gunman was taken down, Grandmaison gets back in front of the camera and exasperatedly says: ‘We’re going to have to come back soon….holy s***.’

As he updates viewers, someone behind the camera can be heard telling the gunman: ‘Don’t you f***ing pull up on us with a gun you little b***h. What the f*** is wrong with you?’

Another video posted to Instagram shows the assailant lying on the ground appearing to be barely conscious as he flashes a peace sign before someone kicks him. 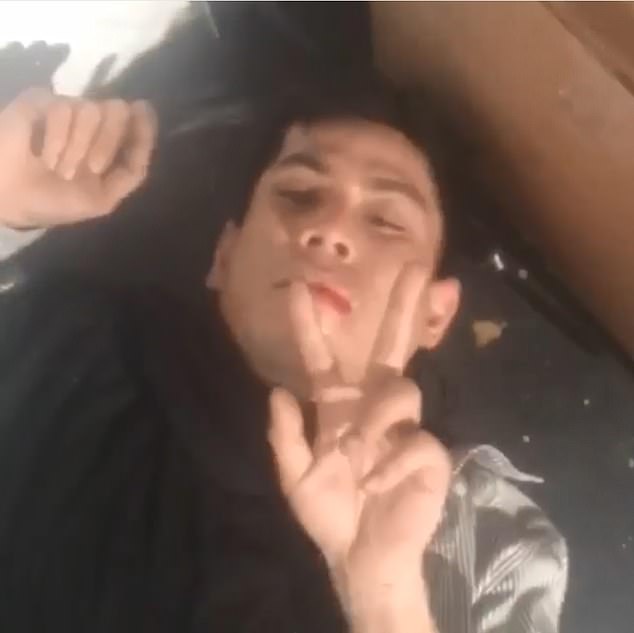 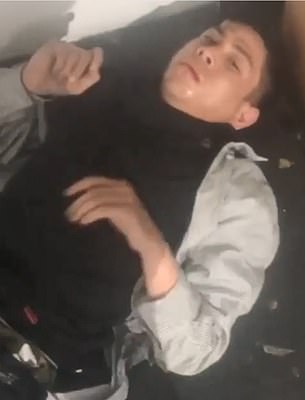 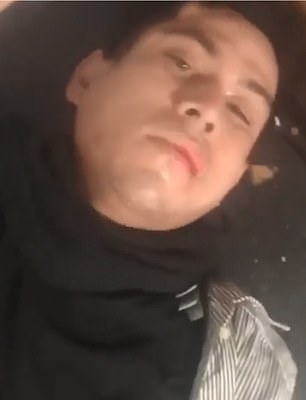 LAPD officers arrived on the scene and arrested the gunman for attempted robbery with a firearm. His name has not been released

The Los Angeles Police Department responded to reports of the incident and arrested the gunman for attempted robbery with a firearm.

The suspect’s name has not been released and police would not confirm whether the gun was real or fake.

Grandmaison later took to Twitter to joke about the incident, writing: ‘One minute you’re tweeting jokes about f***ing cats and the next minute you got a gun to your head.’

He also fiercely defended himself against claims that the incident was staged.

Grandmaison later took to Twitter to joke about the incident 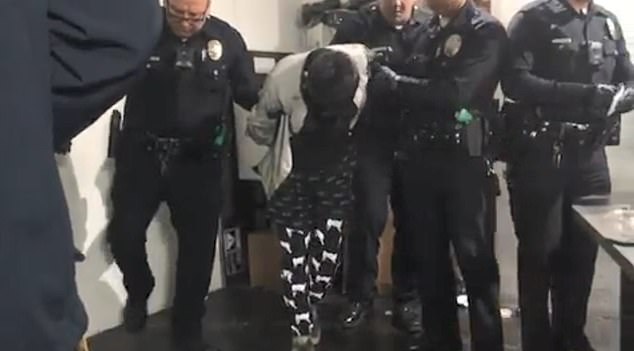 The podcast host also fiercely defended himself against claims that the incident was staged. Police are seen arresting the suspect in the Instagram photo above