Heartbreak as a talented cricket player and devoted father, 33, collapses and dies during a match

Heartbreak as a talented cricket player and devoted father, 33, suddenly collapses and dies during a match

A 33-year-old father has collapsed and died suddenly while playing a game of cricket.

Hareesh Gangadharan was playing for his Green Island Cricket club in Sunnyvale in Otago, New Zealand, on Saturday when he suffered from an apparent medical event.

Despite the efforts of his fellow cricketers, spectators and emergency services, he could not be revived, according to NZ Herald.

Hareesh Gangadharan (pictured) was playing for his Green Island Cricket club in Sunnyvale, New Zealand, when he collapsed in the field after suffering from an apparent medical event

The team was on the field for 10 overs when Mr Gangadharan sat down on the pitch, complaining of shortness of breath before losing consciousness.

Friends and family said he did not have any pre-existing medical condition and were unable to explain what happened.

Mr Gangadharan has been described as an excellent cricket player, a dedicated employee and a devoted family man.

He is survived by his wife Nisha Hareesh and their three-year-old daughter Gowri.

Fellow cricket players described Mr Gangadharan as ‘an excellent all-rounder’ who opened both bowling and batting and was able to swing the ball both ways.

Teammate Cyrus Barnabas said Mr Gangadharan aimed for the team to score 250, bat their 50 overs and for one player to score a hundred on their Saturday game. 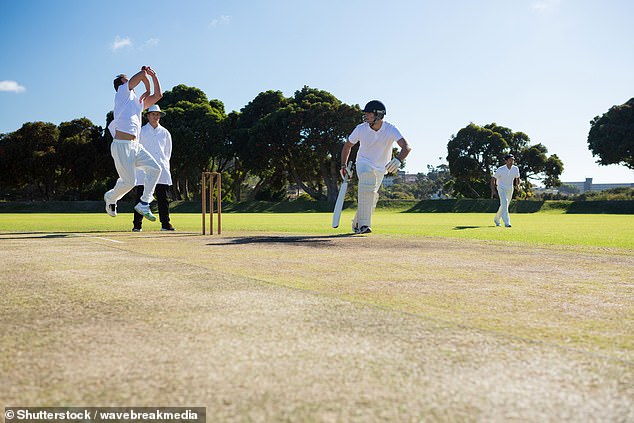 The team were on the field for just around 10 overs when Mr Gangadharan sat down on the pitch, complaining of shortness of breath before losing consciousness (stock image)

The Green Island Cricket Club achieved all three goals when competing against the Albion Cricket Club, with Mr Barnabas scoring a hundred.

Members of his Green Island club visited Mr Gangadharan’s family in his Mosgiel home in Otago yesterday and comforted his wife and daughter.

Green Island Club President John Moyle hailed the efforts of the team, members of the public and emergency services and offered the Gangadharan family condolences.

Friends and family say he regularly worked at his night shift job at Otago Daily Times publisher Allied Press and then looked after his daughter during the day while his wife was working. 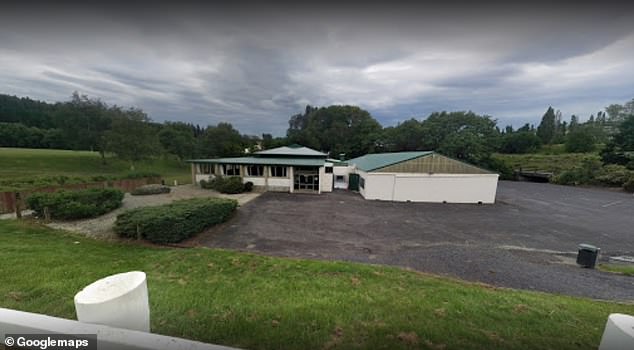 His brother-in-law, who declined to be named, said he was impressed with Mr Gangadharan’s kind nature and his knowledge of cricket.

Mr Gangadharan was originally from Kochi in Kerala, India, and came to New Zealand five years ago to marry his wife.

It is understood his body will be released to the family on Monday or Tuesday before being repatriated to India.