Mohamed Salah was forced to leave the pitch with a shoulder injury in the 30th minute after a challenge from Sergio Ramos.

Ramos nicked the ball away from Salah but fell forward on to the Eygptian after the challenge, landing awkwardly on his shoulder.

The incident has left Liverpool fans furious with Ramos as he forced their side to continue without their star player. 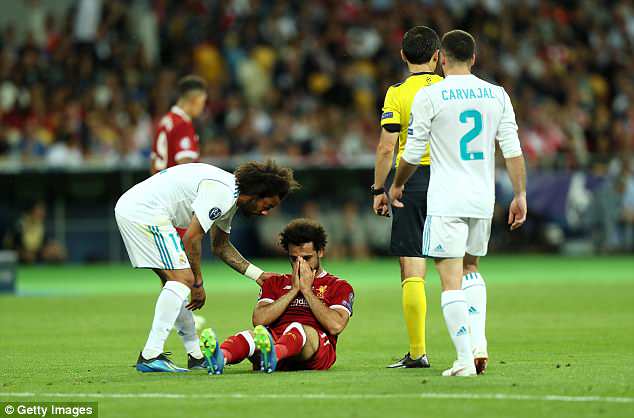 Salah appeared to be in pain after the incident and received some attention from the physio before declaring himself fit to carry on.

However the injury soon took it’s toll and minutes later he was forced to accept his final was over as he sat down on the pitch and cried.

A number of players from both Real Madrid and Liverpool came over to console him as he came to terms with the injury, including Cristiano Ronaldo.

It was a heartbreakong moment for the 25-year-old who has been pivotal in Liverpool’s Champions League run and now faces a challenge to be fit for the World Cup. 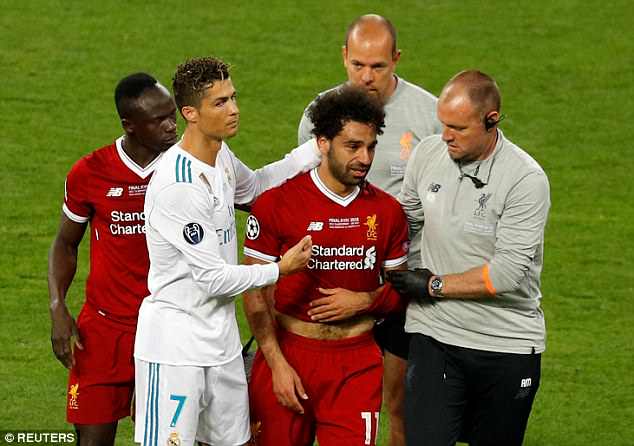