The body of a 20-year-old woman was found in a stream after she sent a final tweet about her excitement at seeing rapper Aitch in concert.

The victim has been named locally as Keeley Bunker, 20, who was reported missing in Tamworth at 4am yesterday morning.

Keeley had been on her way to see rapper Aitch, who had been performing in Birmingham on Wednesday night.

Police and paramedics were called to Roman Way outside Staffordshire town’s Wigginton Park after a body was found in the water at 9pm last night and the victim was confirmed dead at the scene bu paramedics.

The body was discovered by a relative after her family had spent hours frantically searching for her.

Keeley was set to go to the concert on Wednesday evening but never made it home. She had previously posted on social media that she was going to see the artist.

Last week she wrote: ‘Only thing keeping me going is seeing aitch on Wednesday, hopefully he’ll see me and we’ll get married.’

Keeley Bunker, 20, has been named locally as the woman found dead in a stream in Tamworth 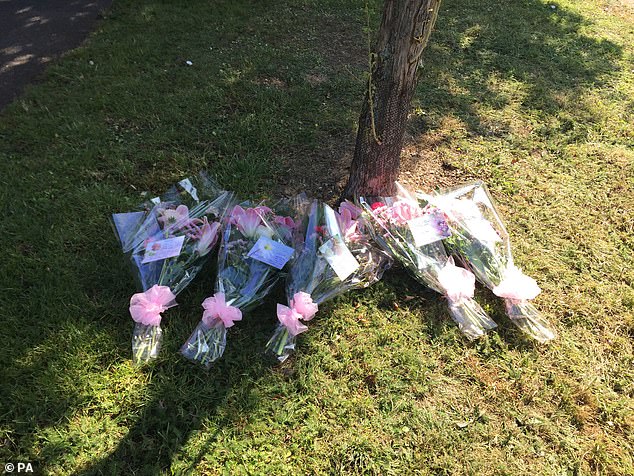 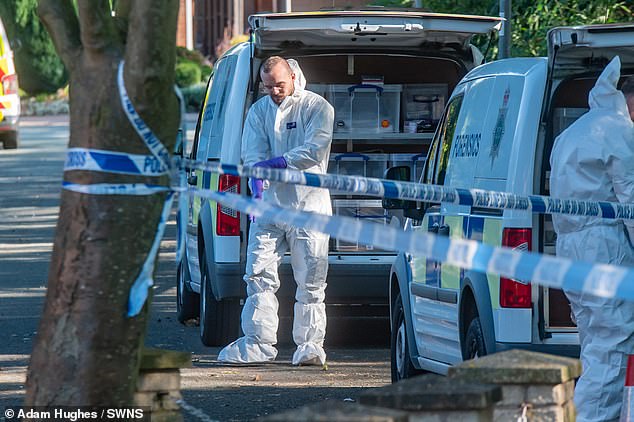 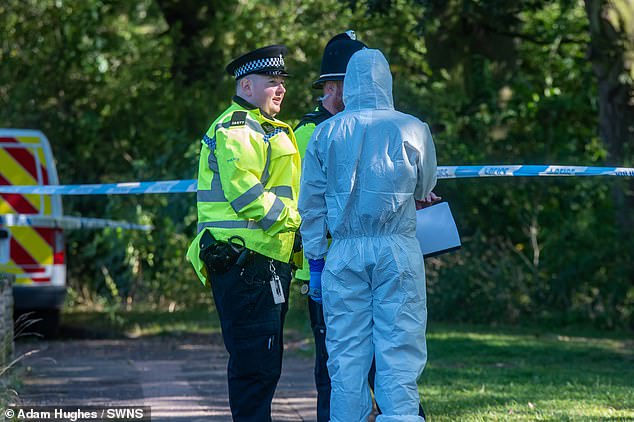 Aitch played at the O2 Institute2 in Birmingham on Wednesday evening. The rapper is currently on a tour of the UK and will play in Manchester tonight.

Today one relative, who asked not to be named revealed that the family had assembled a search team and had spent hours looking for Keeley before one of them discovered her body by torchlight in the stream in the 45 acre park.

An appeal was shared by friends on Twitter and Facebook saying she was last seen in Leyfields, Tamworth, around a mile from where she was reportedly found.

Staffordshire Police said a 19-year-old man has been arrested on suspicion of murder and remains in custody.

A source close to the family said: ‘Keeley had just gone on a night out, she was so excited about seeing Aitch and nobody thought they would never see her again. 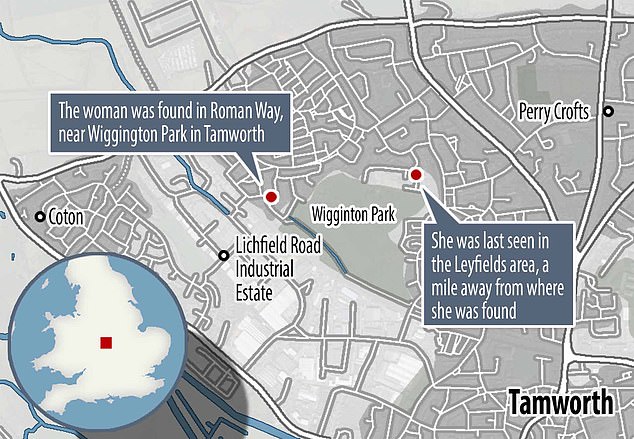 The locator map above shows where Keeley was found near Wigginton Park, in relation to where she went missing 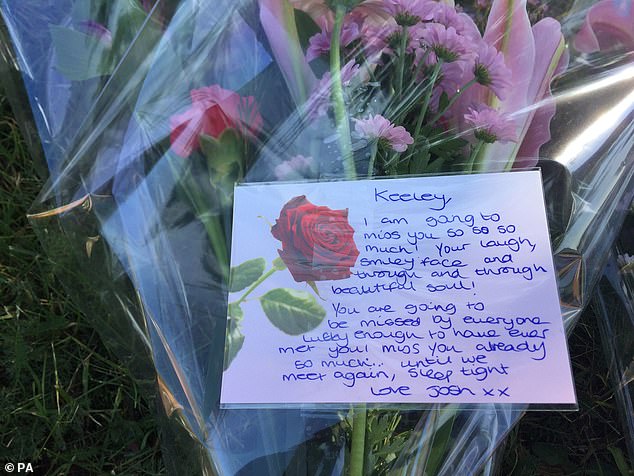 One tribute (above) read: ‘I am going to miss you so so so much! Your laugh, your smiley face’ 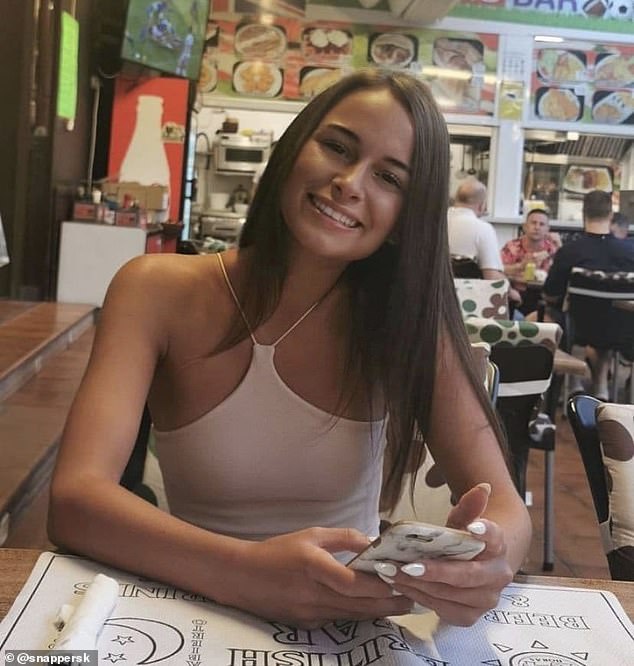 ‘The family had spent all day looking for her, and when it got dark, her uncle came round to my house asking if we had any torches for them to use to search the park.

‘He looked absolutely broken. They all went out to look for her and it was one of the family who actually found the body.

‘Obviously, it’s beyond heartbreaking and I don’t think they will ever get over this.’

An area of the park where the body was found has been cordoned off and forensic officers were also seen arriving at the scene today. 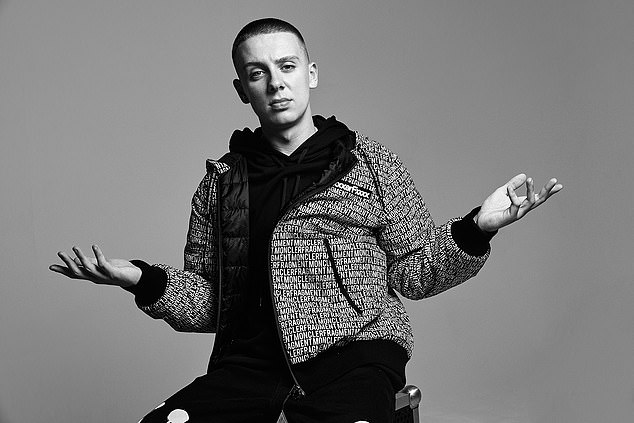 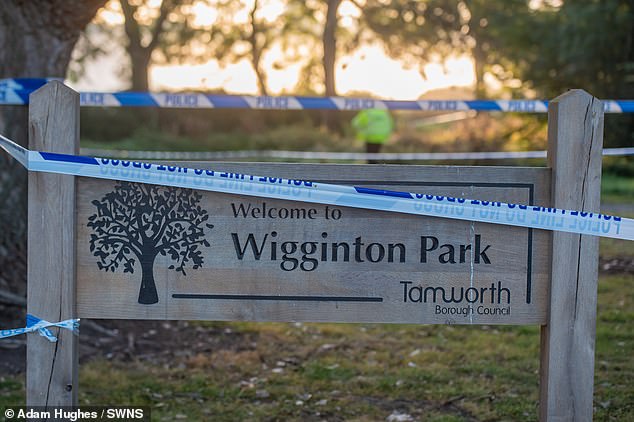 Officers were called to Wiggington Park, Tamworth, to reports of a body in the water 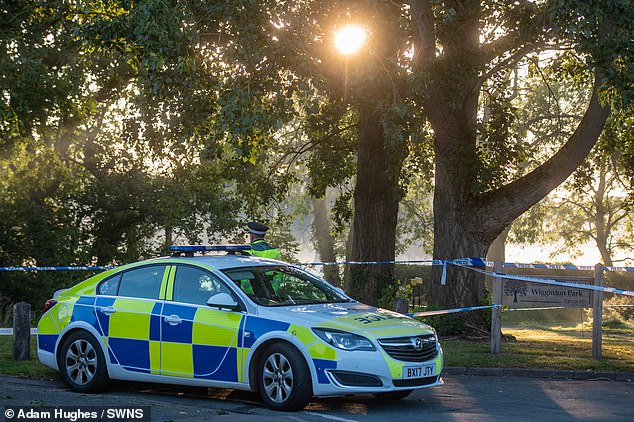 Police have held a man, also 19, at the scene and he is being questioned by detectives

Grieving friends laid flowers at the park this afternoon and penned heartfelt messages.

One bouquet read: ‘Keely, sending you all my love, you will be missed by all. Rest well x.’

Another said: ‘Keeley, I am going to miss you so so so much. Your laugh, smiley face and through and through beautiful soul.

‘You are going to be missed by everyone lucky enough to have ever met you.

‘Miss you already so much, until we meet again, sleep tight.’

One resident, who did not wish to be named today said: ‘It looks as if her body was left in the stream next to some hedges. The area is all cordoned off now. 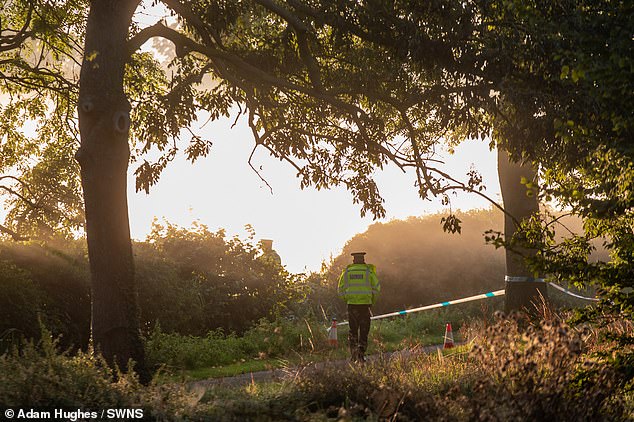 ‘Its really frightening that something like this can happen on your door step. This park is popular with families and children, so its really worrying..’

A West Midlands Ambulance Service spokesman said: ‘We were called by Staffordshire Police to reports of a patient in the water near to Edgar Close, Tamworth at 9.10pm last night.

‘Two ambulances and a paramedic officer were sent to the scene.

‘On arrival we discovered one patient, a woman.

‘Sadly, it quickly became apparent nothing could be done to save the woman and she was confirmed dead at the scene.’