Heartbreaking letters from Holocaust victims to loved ones

Some of the most heartbreaking letters ever penned – written by Nazi victims to loved ones they would never see again – have been published ahead of World Holocaust Day on Saturday.

‘We Shall Meet Again – Last Letters from the Holocaust’ is an online exhibition staged by the Yad Vashem World Holocaust Remembrance Center in Jerusalem.

The centre holds thousands of missives from the doomed and will gradually publish them over the coming months. 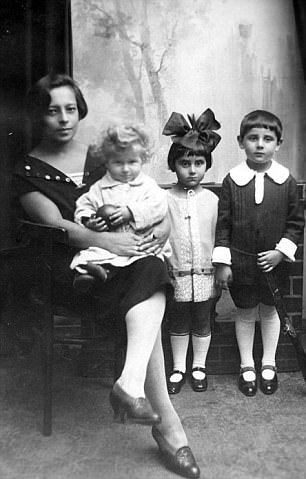 Jozef Tytelman, lived in Warsaw before the Nazi invasion with wife Perla and children Samuel, Rachel and Rega (together left, children with nanny right). When war broke out he fled with Rachel to Siberia, but the others were left behind

In one such letter, Perla Tytelman writes along with her son Samuel and daughter Rega from the Warsaw ghetto to her husband, Jozef, and other daughter Rachel, who managed to flee to Siberia.

The letter reads: ‘I am drawing on all my strength in order to survive for you.

‘But you, my beloved ones, have to prove your bravery, you have to prove that you are capable of overcoming this undeserved punishment and the wanderings with strength and dignity.

‘You should be consoled by the thought that this has to end sometime, and that then we will once again be happy together. Our yearning for each other knows no bounds.’

Rachel then adds her news to the letter, before saying she has to make room for Samuel, who is complaining there is no space left to write. 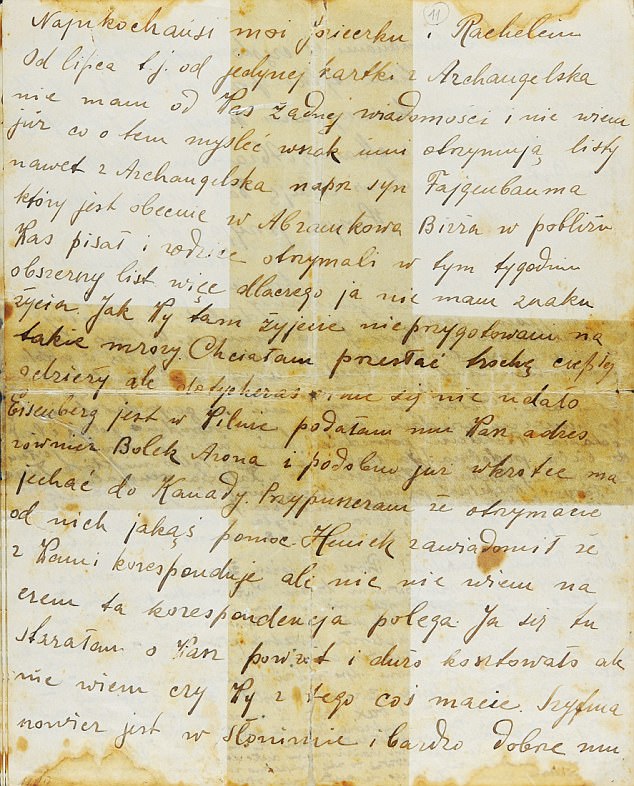 In her final letter sent to her husband in autumn 1941, Perla says she is ‘gathering all my strength to survive for you’ before adding: ‘This will eventually come to an end and we will be happy together again’ 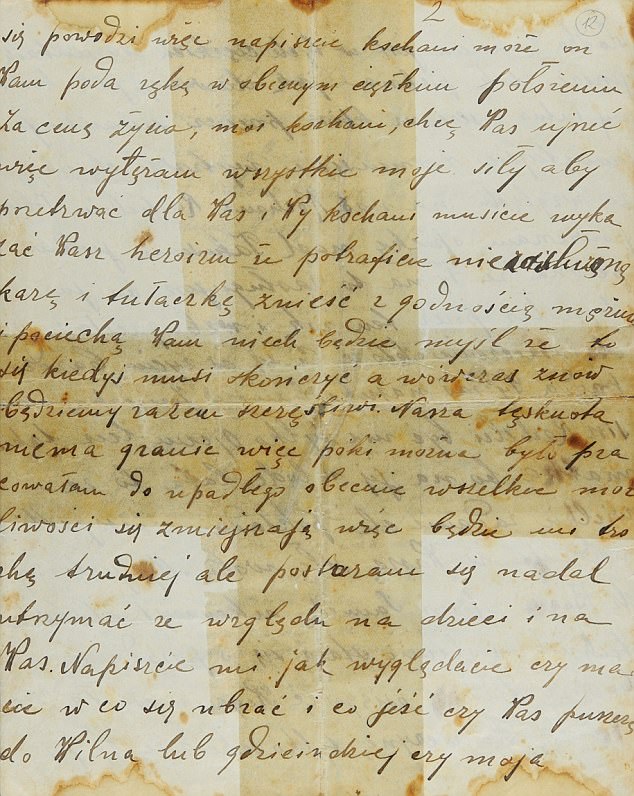 Perla also worries about her husband surviving in the cold of Siberia, and asks him to write and describe what he looks like, and whether he has something warm to wear

Samuel says: ‘I write last, so that the ladies signed above have time to chatter. You have already said everything and left me no room.

‘On this occasion, mother watered the letter with her tears.

‘The situation is now pretty bad because we have been imprisoned in the so-called Jewish quarter. Also at home a lot has changed. We now live in the bedroom [of the parents]. What do I do, you know? I have to come to the end.

‘Remember, the most important thing is not to take anything to heart and persevere. Then we will definitely meet again.’

The letter was sent in the autumn of 1941. All three would later perish in the ghetto, a fact that Jozef and Rachel would not learn until after the war.

World Holocaust Day on January 27 – the day day 73 years ago that Red Army soldiers liberated the death camp of Auschwitz in occupied Poland – will see thousands of events across the globe to honour the six million who died in the Nazi extermination programme and other victims of genocide since then. 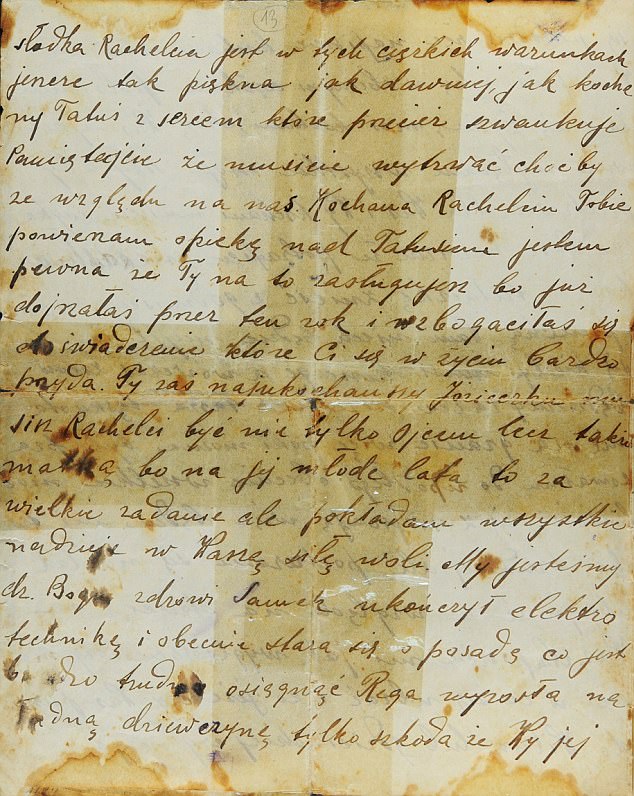 On this page the ink is smudged in several places, and Samuel later admits that Perla has ‘watered the letter with her tears’ 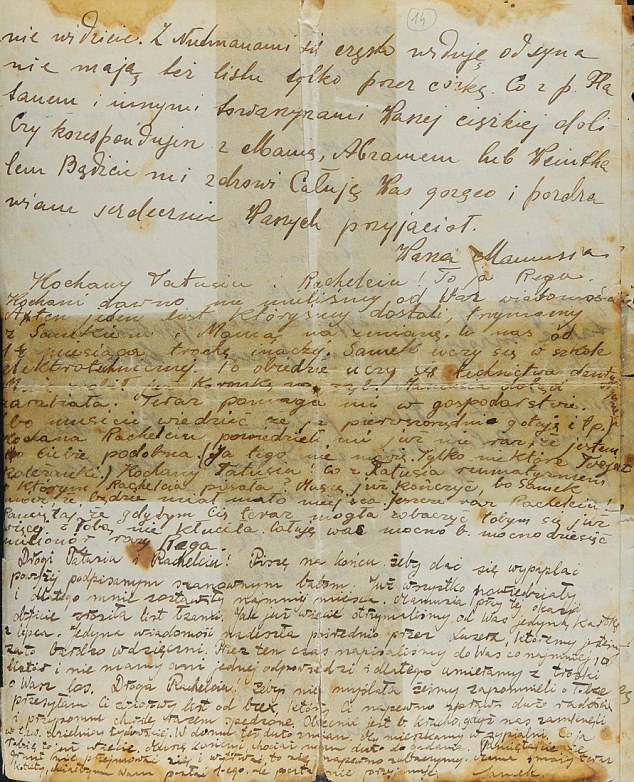 Perla leaves space for her children to write at the bottom. Rega tells her father that ‘everything has changed here’ before giving him ‘ten million kisses’. Samuel admits the situation is ‘bad’, but adds ‘we will definitely meet again’. All three would die before Jozef returned to Poland