This is the heartbreaking moment a grief-stricken raccoon mourns its dead companion.

Footage shows the animal standing on its hind legs on the side of the road, staring at the body of its fallen friend.

The clip, which is narrated by somebody at the corner of the street, shares no details of how the critter met its tragic end – but it was likely hit by a car.

The narrator said: ‘That’s a f***ing possum, one of them got hit. He ain’t moving bro. Like he just sitting there. He’s praying.’

The raccoon falls onto his back in apparent agony at the scene before him, staying down on the ground for almost a minute.

‘What the f*** is going on, I guess his girlfriend got hit or whatever, or whoever that is got hit by a car and he just fell down,’ the narrator said. 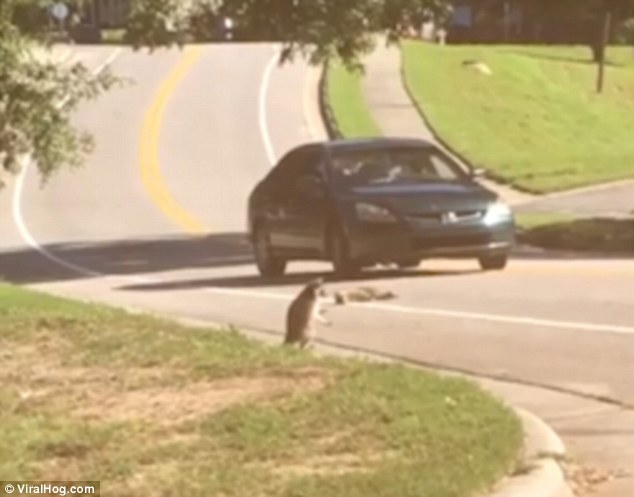 The clip is narrated by a man stood near the road, who gives a dramatic account of events 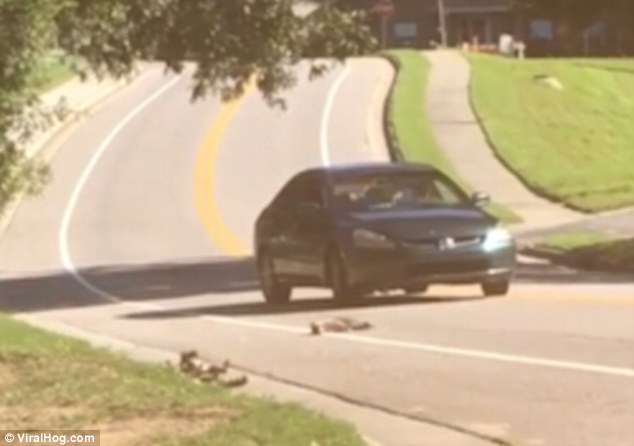 At one point the raccoon falls to the ground, laying near his fallen friend for almost a minute

The clip, filmed somewhere in the US, shows a stationary car remain in place beside the fallen creature.

But when the raccoon picks itself up and trots over to the dead animal, the blue car begins to back up along the road.

The determined raccoon stays with the body as cars then begin to pass by, refusing to leave its side despite the clear danger.