This is the heartbreaking moment the grieving parents of Pensacola shooting victim Joshua Watson were honored with a full military salute driving into the Florida base where he was killed last Friday.

Watson, 23, was killed along with Mohammed Haitham, 19, and Cameron Scott Walters, 21, by gunman Mohammed Alshamrani – a Saudi Arabian aviator being trained in the US.

On Sunday the family of Ensign Watson drove through a long line of an estimated 1,000 uniformed servicemen and women paying tribute to their son. The footage was captured by Watson’s brother’s girlfriend.

They made the emotional journey mostly in silence, except for the sound of their tears. The clip shows Watson’s dad Benjamin reach out to hold wife Shelia’s hand.

Watson – who was shot five times – had crawled outside to give first responders details about the gunman’s position before he died, ‘saving countless lives in the process’, his brother Adam has said.

A second sibling, Zack, told The Pensacola New Journal his parents were ‘floored’ by the tribute, adding: ‘They were astounded and deeply moved by the outpouring of love and support.’ 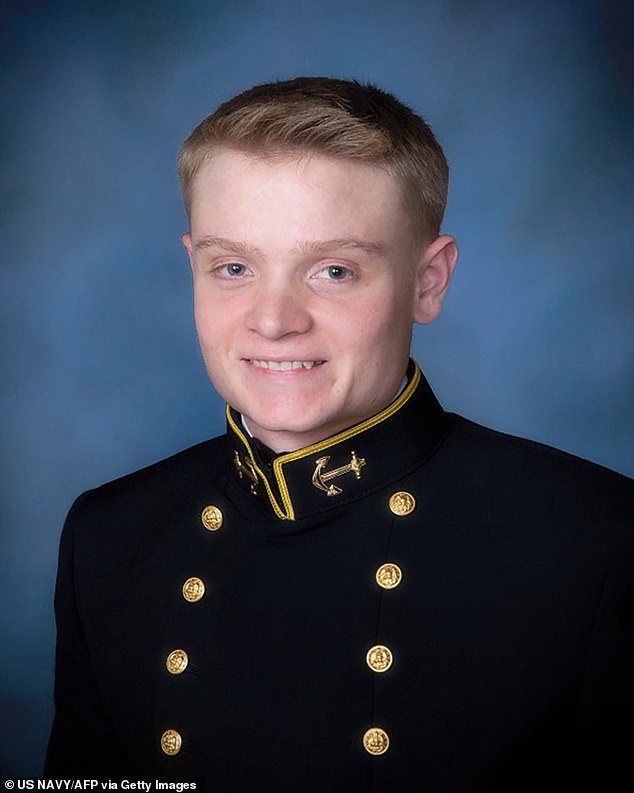 Watson was a recent graduate of the United States Naval Academy. In a heartbreaking tribute on Facebook, Watson’s brother wrote that he ‘saved countless lives today with his own’ 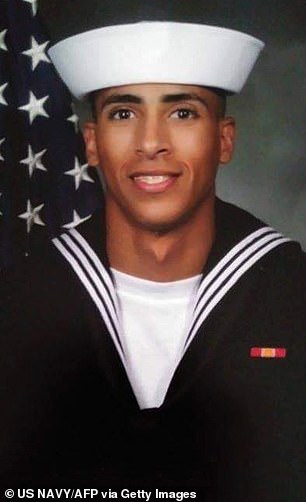 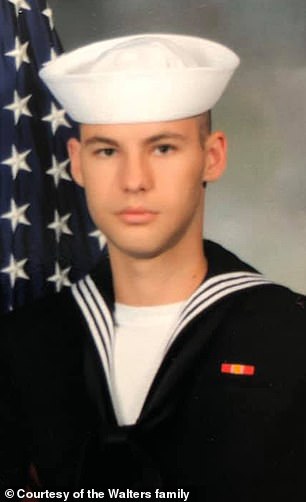 Airman Mohammed Sameh Haitham, left, was killed in the shooting. Haitham was praised for ‘trying to stop the gunman’. Cameron Scott Walters, 21, right, – a naval apprentice from Richmond Hill, Georgia – was also killed in Friday’s attack

Zack added: ‘Though my parents had two of their children join the Navy, they had not been able to directly observe the connection and camaraderie between everyone that wears a uniform. In a word, they were floored.’

Jason Bortz, a spokesman for Naval Air Station Pensacola, said: ‘We just wanted to do something to honor our shipmates. They were all volunteers that came out, nobody was directed to come out. And the response was overwhelming.’

In an earlier tribute Watson’s other brother Adam confirmed that his sibling ‘saved countless lives today with his own.’

‘After being shot multiple times he made it outside and told the first response team where the shooter was and those details were invaluable. He died a hero,’ wrote brother Adam Watson.

The assault, which is being investigated as terror-related, ended when a sheriff’s deputy killed the gunman. 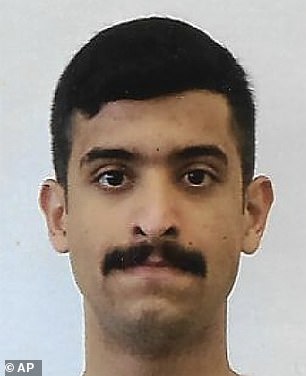 Mohammed Alshamrani. The Saudi student opened fire inside a classroom at Naval Air Station Pensacola on Friday before one of the deputies killed him

Watson was a native of Enterprise, Alabama who was actively involved in JROTC and National Honor Society in high school.

After graduating from high school in 2014, he spent four years at the U.S. Naval Academy, where he competed as part of the academy’s elite rifle team. He graduated from the academy in May and was commissioned as an ensign.

Video from the graduation ceremony shows Watson proudly taking the oath of office to defend the Constitution, as his loving parents and other family members look on.

He said he had reported to Pensacola two weeks ago to begin flight training. ‘He died serving his country,’ Benjamin Watson said.

The night before he opened fire Alshamrani is said to have hosted a dinner party where he and three others watched videos of mass shootings, a U.S. official said.

An official who spoke Saturday said one of the three students who attended the dinner party hosted by the attacker then recorded video outside the classroom building while the shooting was taking place. Two other Saudi students watched from a car, the official said.

Alshamrani had also apparently gone on Twitter shortly before the shooting to blast U.S. support of Israel and accuse America of being anti-Muslim, a U.S. official said Sunday. The FBI confirmed it is operating on the assumption the attack was an act of terrorism. 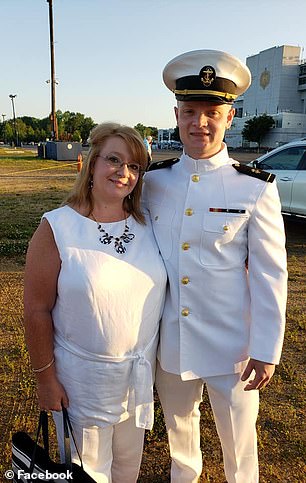 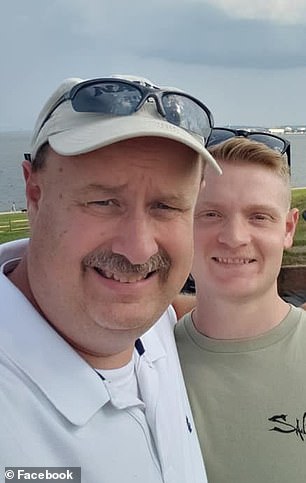 Watson is seen with his mother left just prior to graduating from the U.S. Naval Academy in May. He is pictured with his dad right 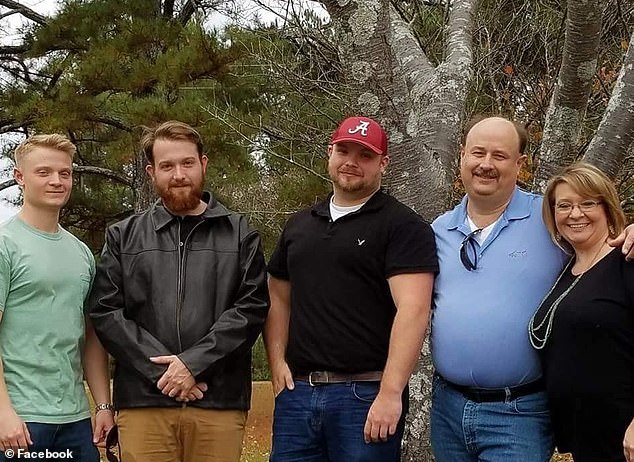 Joshua Watson with parents and brothers Zack, second from left and Adam, center

Authorities believe the gunman made social media posts criticizing the U.S. under a user handle similar to his name, but federal law enforcement officials are investigating whether he authored the words or just posted them, said the official.

He also visited New York City, including Rockefeller Center, days before the shooting and are working to determine the purpose of the trip, the official said.

Alshamrani used a Glock 9 mm weapon that had been purchased legally in Florida.

Investigators are facing mounting pressure to discover his motives in the attack.