The saddest ad you’ll see all year: TV commercial shows a cuddly koala’s friendship with a kindhearted boy – but it has a tear-jerking twist

By Sahil Makkar and Kylie Stevens For Daily Mail Australia

The grim future facing one of Australia’s most loved wildlife animals will be highlighted in an emotional new ad that will soon hit television screens.

Arlo the koala stars in NRMA Insurance’s newest ad campaign ‘Every home is worth protecting’.

The aim of the heartbreaking 90 second ad is to save these vulnerable marsupials who are in grave danger of extinction.

Filmed in rural Queensland, the gut-wrenching commercial shows the koala clinging precariously to a telegraph pole as a child runs off to seek help.

Arlo the koala from Wildlife HQ on the Sunshine Coast steals the show in NRMA’s new ad campaign: ‘Every home is worth protecting’

The boy returns with an eucalyptus branch to try and pry the koala down from the pole. The animal eventually climbs down and into the basket on the back of the boy’s bike.

The boy then tries to find the koala a safer home, but becomes disheartened when they come across cleared bushland.

The koala then spots a tree that’s still standing as his new home.

The star of the ad was from Wildlife HQ on Queensland’s Sunshine Coast.

The 18-month marsupial was paid $50,000, to be given to charity, for four days of filming that took place in a country town of Queensland.

Arlo’s handler Jarrod Schenk has been with the adorable marsupial since his birth.

The $50,000 Arlo earned will be donated to Conservation Volunteers Australia to protect more koala homes.

He said NRMA will also plant a tree for every person signing up for its home insurance policy. 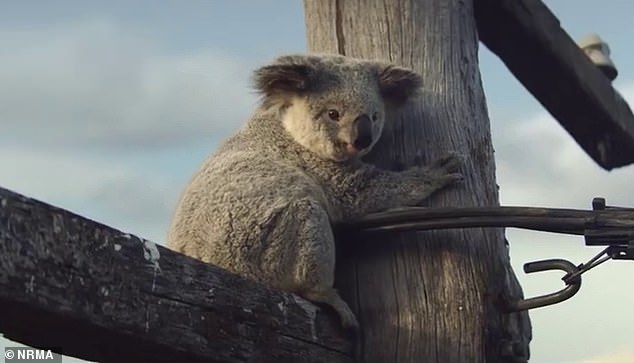 Koalas in New South Wales and Queensland are under threat from vegetation loss, vehicle strikes and attacks by dogs.

They are protected under the national environment law in NSW, Queensland and the ACT.

Wildlife experts believe there could be less than 40,000 koalas Australia-wide and only 4,000 in southeast Queensland.

Mr Schenk said three of the four koalas born at Wildlife HQ helped in the filming of the ad, but Arlo was the standout actor.

‘Arlo’s brother Mango and sister Jemima were his stunt doubles,’ he said.

‘The film was shot over four days as koalas sleep for more than 20 hours a day. 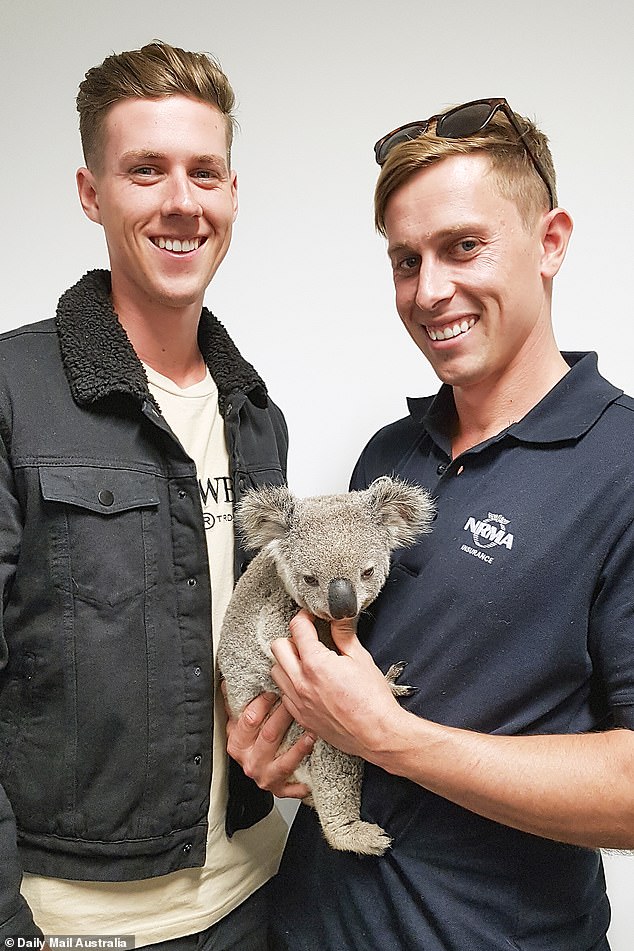 Arlo’s handlers Jarrod Schenk (right) and Joel Constable (left) said Arlo was paid $50,000 and the money will be donated to Conservation Volunteers Australia to plant more than 12000 gum trees in NSW and Queensland

He said a part of the ad was shot on a property that had been illegally cleared.

‘So it was very relevant and it really sent the right message about habitat cleaning,’ he said.

NRMA marketing director Sally Kiernan said she hopes the campaign will make a tangible contribution to the restoration and maintenance of koala habitats.

‘We encourage all to get involved by volunteering to plant a tree that can become a future koala home,’ she said. 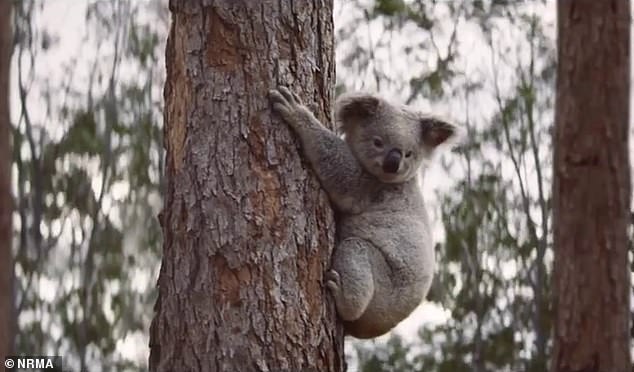