A picture from inside a Zimbabwean hospital shows the wrapped-up dead bodies of seven babies on a shelf after they were stillborn Monday night – the same day nurses were ons strike to demand better access to PPE.

The haunting image, which was taken inside Harare Central Hospital, shows bundles of green cloth wrapped over the seven deceased infants.

The heartbreaking image was originally tweeted by Dr Peter Magombeyi, a clinician at the hospital.

He accompanied the photograph with an image of the death records from the day, showing the deaths of the seven babies.

Nurses across Zimbabwe, and Harare, are currently on strike to demand better access to PPE as they tackle the coronavirus.

The strikes have overwhelmed the country’s maternity wards and staff are struggling to keep up with the amount of expectant mothers, the BBC reported.

A total of eight babies were delivered by Caesarean section on Monday night but seven of those were stillborn, two doctors with direct knowledge of the situation at the hospital, told the BBC.

One of the doctors said staff operated too late and the situation could have been prevented with earlier intervention.

‘There was very, very late intervention,’ said one doctor, speaking on condition of anonymity. ‘Two of the mothers had ruptured uteruses and needed early operations.’

He added that the few staff on the other five operations did not perform the surgery in time ‘so the babies died, stuck in their mothers’ pelvises.’

Expectant mothers are being funnelled in to Harare Hospital after many of the capital’s smaller clinics were affected or shut due to the strikes.

‘This is repeated every day and all we can do is watch them die,’ a second doctor told the BBC.  ‘This is torture for the families, and for the junior doctors.’

Both doctors said the skeleton staff lack drugs and blood supplies to combat birth complications and to safely deliver the infants.

As nurses strike, a stripped-back workforce – made up of ‘senior matrons who cannot go on strike’ and junior doctors – are swamped with the sheer volume of cases. 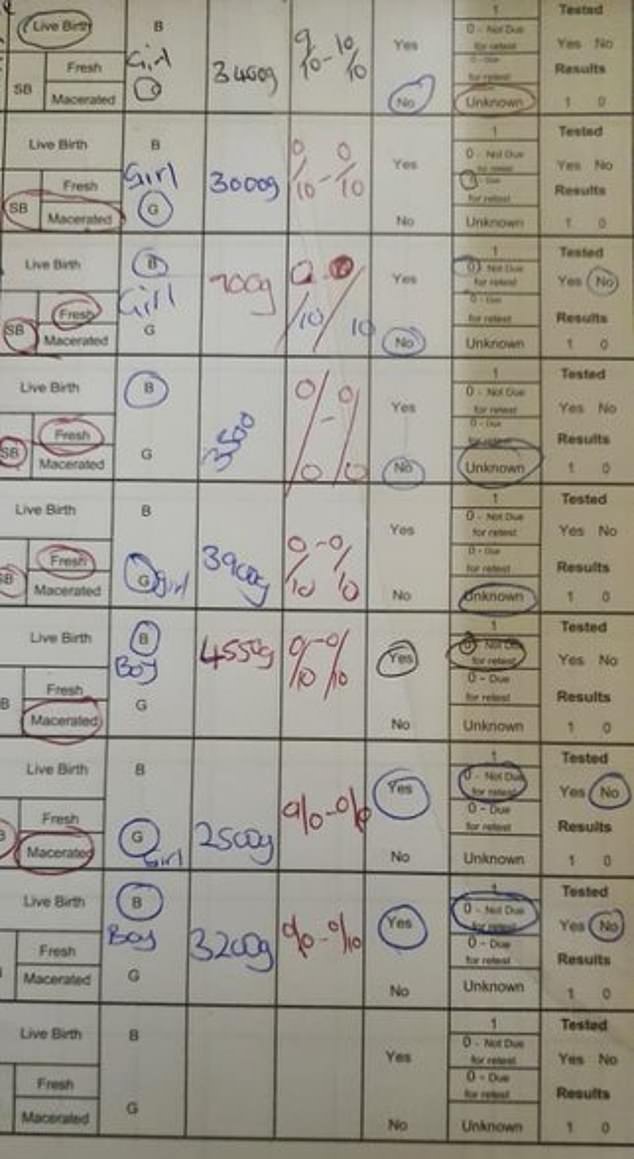 Pictured: Of the eight babies delivered by Caesarean section on Monday night at Harare Central Hospital, only one survived

‘Doctors are trying, but they’re very tired. And junior doctors are not experienced in terms of identifying complications [during pregnancy],’ the first doctor said.

In a statement, Zimbabwe’s Society of Obstetricians and Gynaecologists said: ‘Our women are suffering and we believe that all stakeholders, the government, medical practitioners, civil society and individuals must act to save the voiceless mothers and babies.’

In a leaked government response to strike threats from senior doctors, ministers said they realised the situation could cause ‘poor outcomes’ but urged staff to ‘reconsider’.

Zimbabwean President Emmerson Mnangagwa fired Health Minister Obadiah Moyo at the start of this month after he was charged with criminal abuse of office over PPE supplies corruption. He allegedly awarded a £47million contract to a company who inflated their prices for sale to the government.