By Hana Carter For Mailonline

Your wedding day is thought to be one of the best days of your life, so with months of planning and thousands of pounds thrown into the mix – you would hope that it would be the case.

However, as these shocking confessions prove, couples don’t always get their happily ever afters.

Heartbroken brides and grief-stricken grooms have taken to secret sharing app Whisper to reveal the reasons why they didn’t make it down the aisle.

One said that their husband-to-be gambled away £10,000 before their big day, leaving her no choice than to leave him at the altar.

Another revealed that she cancelled their wedding because her fiancé refused to sign a prenuptial agreement.

From jealousy to cheating – FEMAIL reveals some of the most shocking reasons that weddings have been called off.

For one person, a shiny, new car was far more important to her than getting married 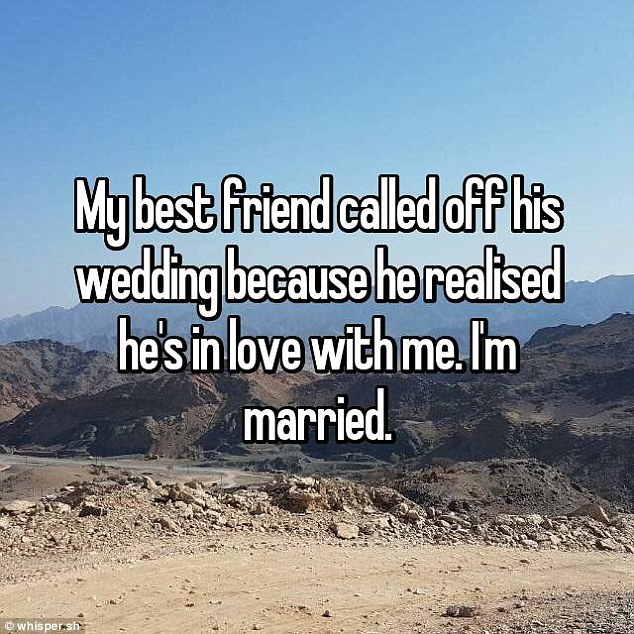 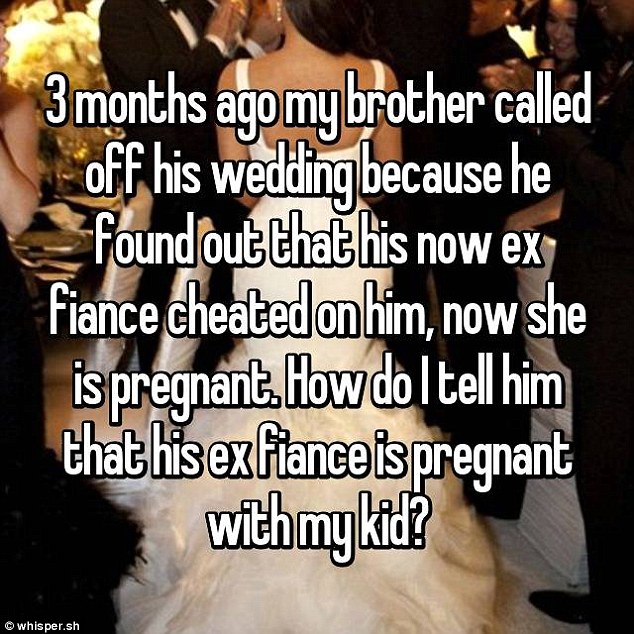 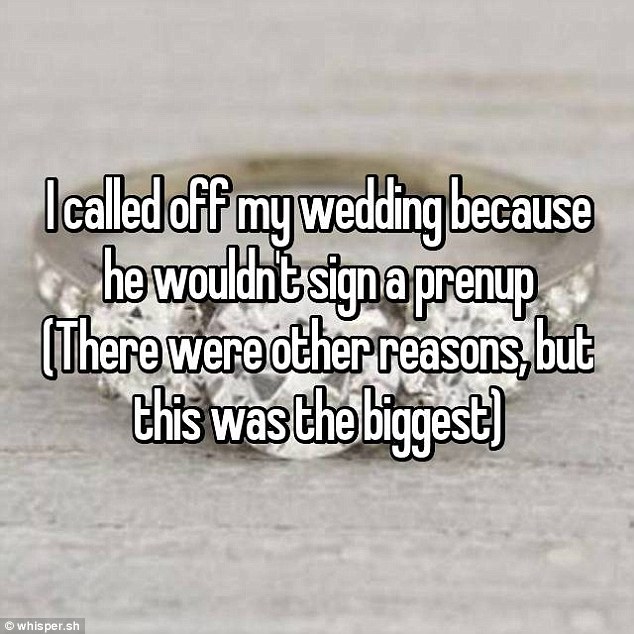 For one bride, the fact that he wouldn’t sign a prenup was a good enough reason to not marry him 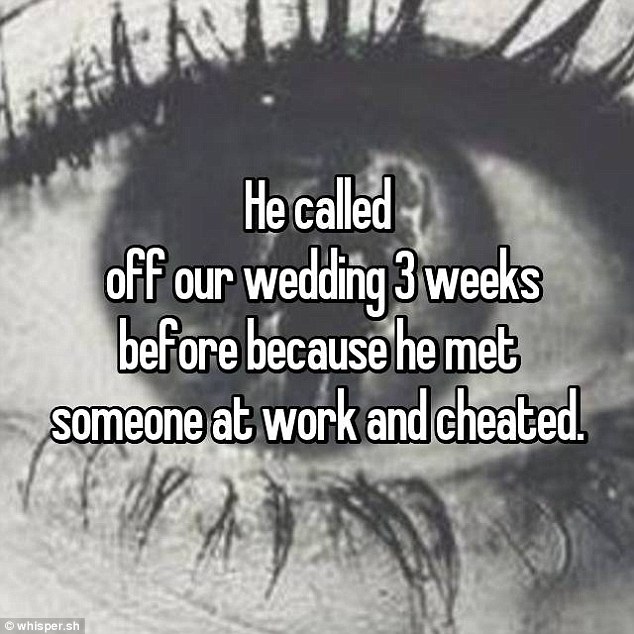 With just under a month to the big day, this man called off his wedding because he messed up 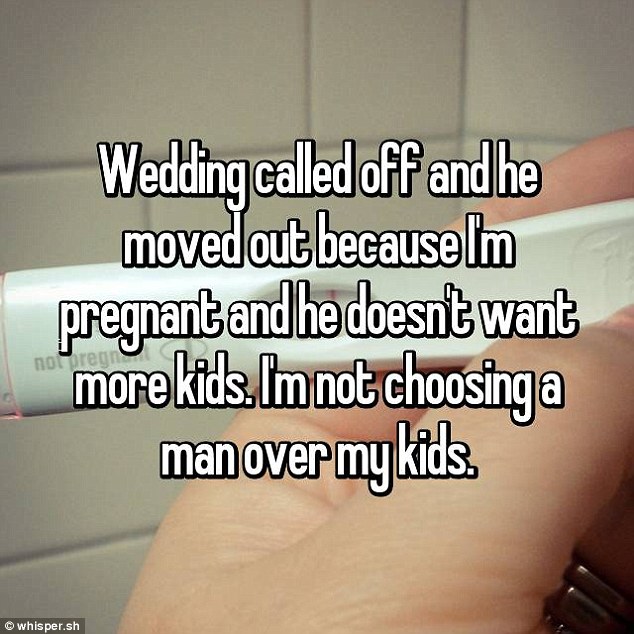 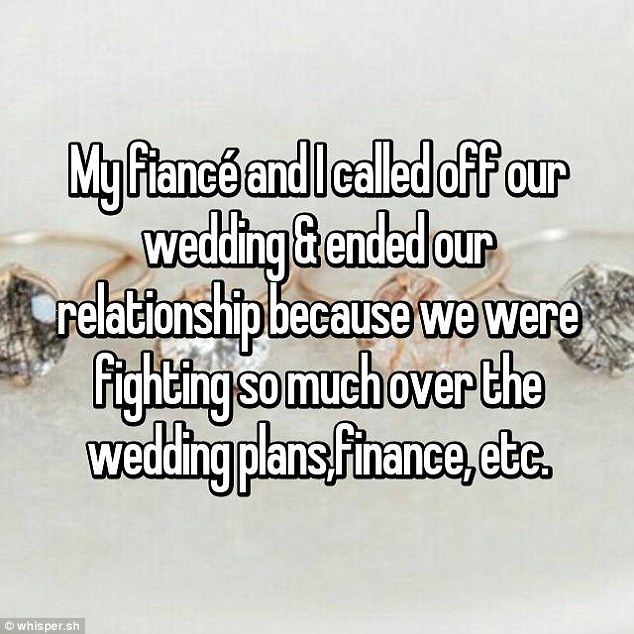 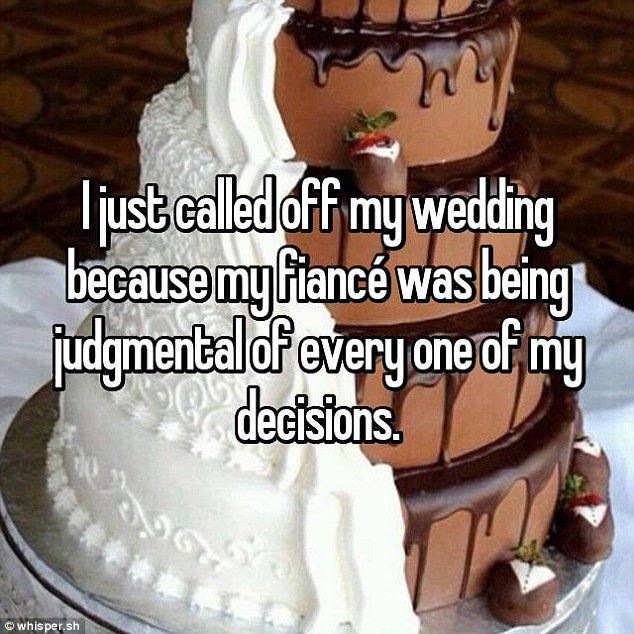 For one couple, compromising was just not an option as they couldn’t agree on anything 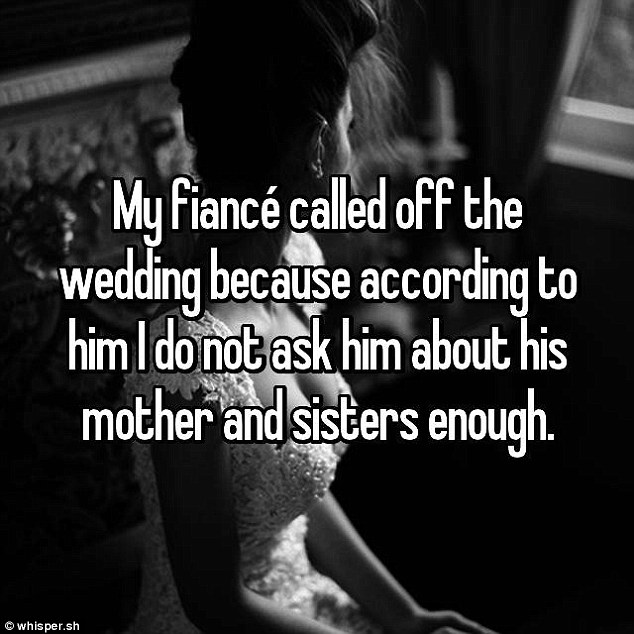 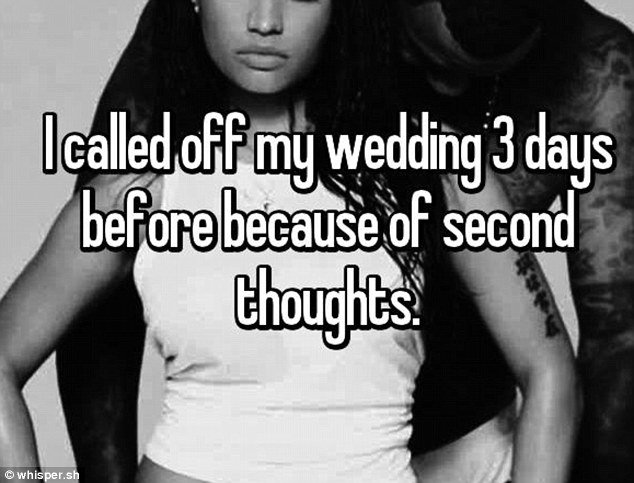 This person got a serious case of cold feet in the lead up to their big day, so much so that they ended it 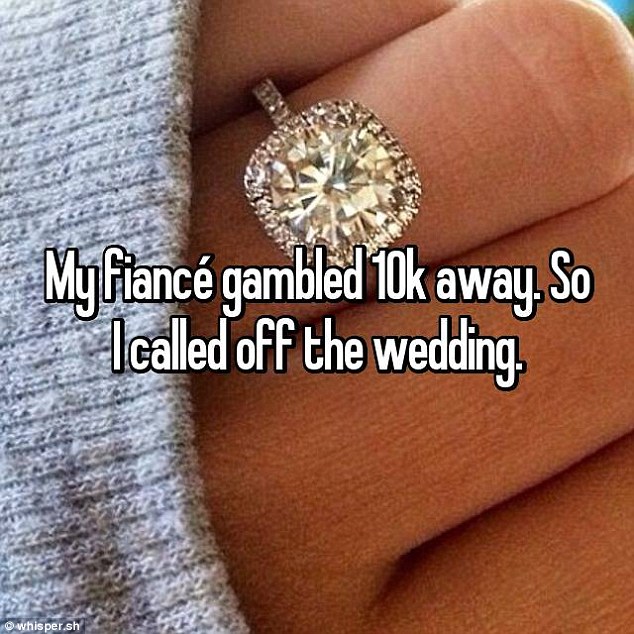 After discovering that their partner had gambled £10,000 before their wedding, this bride-to-be felt she had no choice but leave him at the altar 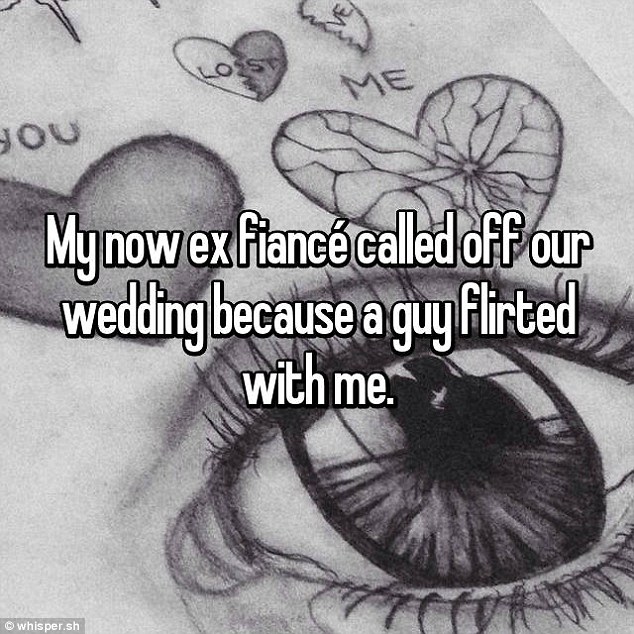 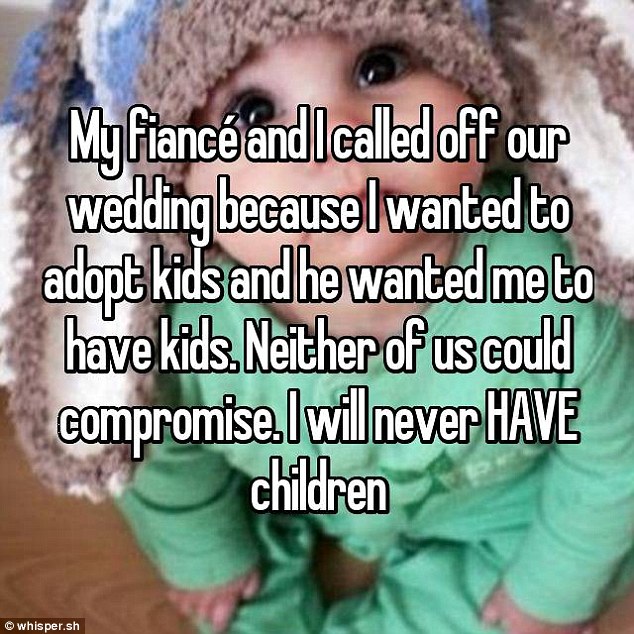 These two couldn’t agree on children, the argument made them realise that perhaps they weren’t right for one another 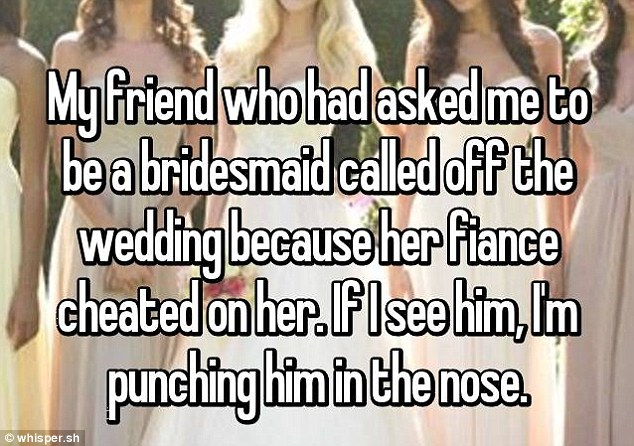