Peter Kay yesterday broke his three-month silence since cancelling his hotly-anticipated nationwide tour to promote special screenings of Car Share in aid of a charity supporting children with mitochondrial disease.

The 44-year-old Phoenix Nights star said he had ‘first-hand experience of’ The Lily Foundation, which was set up by a grieving mother whose daughter died aged just seven months.

Liz Curtis, 43, founded the charity in 2007 after Lily’s death and has since given up her career as a teacher to dedicate her life to raising awareness of the disease.

And today, after Kay spoke for the first time since cancelling his tour to announce a special screening of Car Share to raise funds for the charity, Ms Curtis has revealed her gratitude to the star.

Peter Kay broke his three-month silence since cancelling his nationwide tour to announce his support for a charity in aid of mitochondrial disease. The charity’s founder, Liz Curtis, is pictured with her daughter, Lily 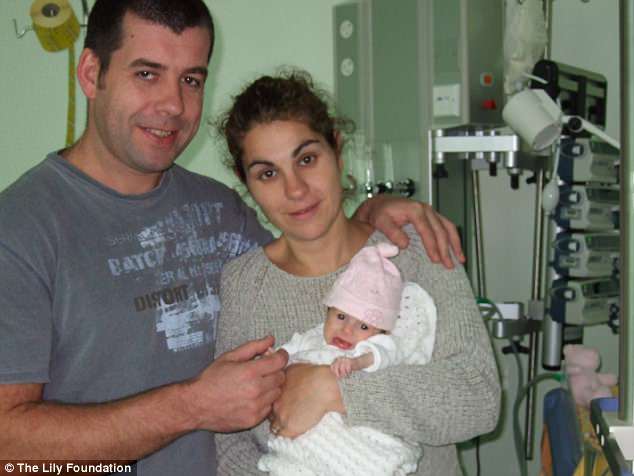 Ms Curtis, pictured here with Lily and Lily’s father, Dave, has thanked Kay for his backing 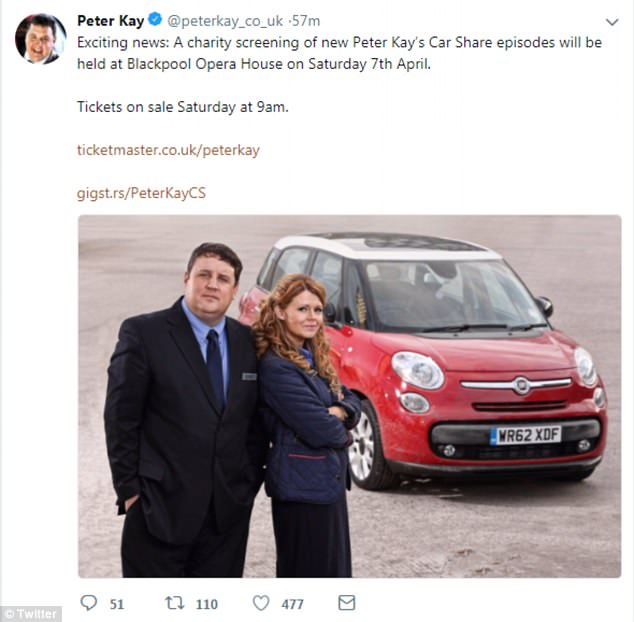 Comedian Peter Kay has broken his silence for the first time since he cancelled his nationwide tour three months ago. He announced a charity screening of new Car Share episodes

Ms Curtis, of Warlingham, Surrey, said: ‘The Lily Foundation is proud and delighted to have this incredible support from Peter Kay.

‘Mitochondrial disease is a severely life-limiting condition which affects, on average, one baby born in the UK every day.

‘The Lily Foundation has worked hard for years to support families affected by the disease and fund medical research, in the hope that one day we can find a cure.

‘Peter’s generous support will make a real difference to our work, both in helping us to improve the lives of some very sick children and in raising awareness about a devastating illness that all too often gets overlooked.

‘A huge thank you to Peter for thinking of us and supporting this important cause.’

Mitochondrial disease is an inherited chronic illness that can be present at birth or develop later in life.

It’s the first time the Bolton-born comedian has spoken publicly since he put out the mysterious statement cancelling his tour, devastating thousands of fans.

The married father said in December: ‘Due to unforeseen family circumstances, I deeply regret that I am having to cancel all of my upcoming work projects. 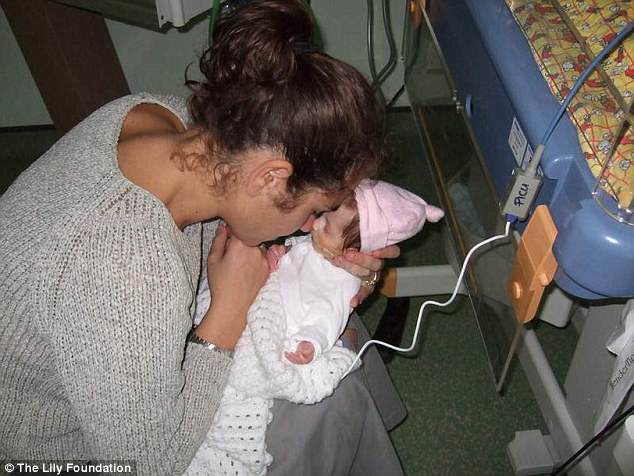 Peter Kay broke his three-month silence since cancelling his nationwide tour to announce his support for a charity in aid of mitochondrial disease. The charity’s founder, Liz Curtis, is pictured with her daughter, Lily 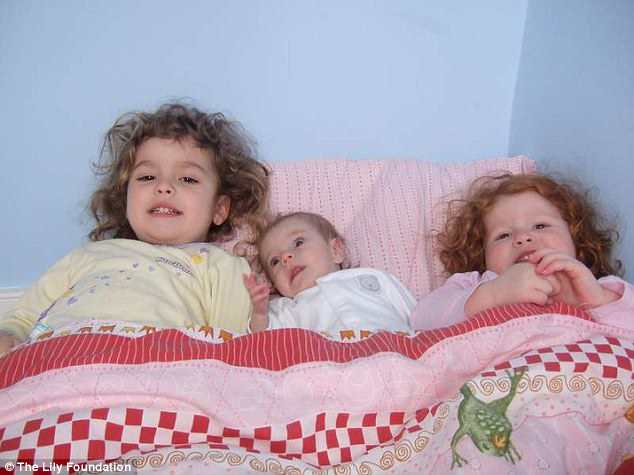 Lily is pictured in the middle surrounded by her big sisters Rosie and Katie. Ms Curtis set up the Lily Foundation after her daughter died aged seven months 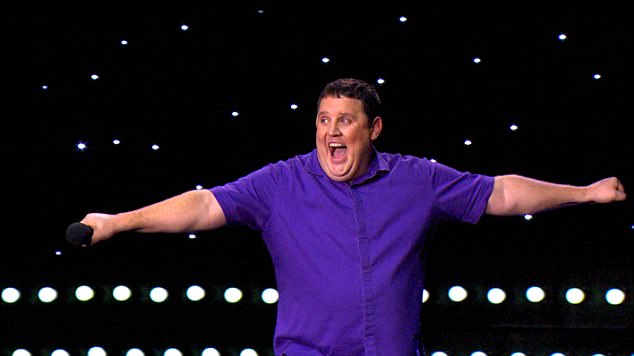 The 44-year-old was forced to axe his first live tour in eight years in December, due to ‘unforeseen family circumstances’

‘This includes my upcoming stand-up tour, Dance for Life shows and any outstanding live work commitments.

‘I’m sure you’ll understand that my family must always come first. Once again, I’m very sorry.’

Kay was said to have earned £20million in record ticket sales and DVD revenues from his last tour eight years ago, when tickets averaged around £35 a head.

Kay added: ‘The Lily Foundation is an inspiring charity that helps to improve the lives of children with Mitochondrial Disease.

‘I’ve had first-hand experience of the Foundation’s work.

‘I’m proud to raise both awareness and much needed funds to help with the inspiring work they provide to children and their families.’

He included a link to the TicketMaster site which is selling tickets, priced at £13.20 plus a booking fee.

In a blog post, TicketMaster added: ‘The event will showcase four episodes of the BBC One sitcom, including the premiere of two brand new episodes; Car Share: Unscripted and the series finale.

‘Fans will be able to watch the exploits of John and Kayleigh, played by Peter Kay and Sian Gibson respectively, on Saturday 7 April 2018.

‘The series first aired on the BBC in 2015, introducing assistant manager John and promotions rep Kayleigh to the world.

‘To date the series consists of two seasons, with each episode showing the pair’s often hilarious journeys to and from work.

‘The unscripted episode and the series finale will round off season two at the charity event.’

The news of the charity screening – and Peter finally speaking out in public – delighted celebrities and fans alike.

Fan Steven Quigley tweeted: ‘Great to see you back Peter. Going to put Sky on and get that Quiche out of the fridge when I get home.’

Vanda Geeson added: ‘I have already sorted a shift swap so I can be online at 9am!’

While fan Susan Seddon said: ‘This has definitely made my week, knowing now there’s a Charity/premiere screening for the Unscripted and Finale episodes.’

Fans were left devastated when the second series of Car Share ended with Kayleigh stepping out of John’s car and his life forever.

More than 100,000 people signed a petition demanding another ending.

The BBC said the planned finale and one-off special, Car Share:Unscripted would also air later this year on BBC One.