The sister of a young woman allegedly murdered during a knifeman’s rampage through Sydney held back tears to deliver a heartbreaking eulogy.

Hundreds of friends and family shed tears at Waterways Memorial Garden at Rookwood on Monday as they came together to mourn 24-year-old Michaela Dunn.

They heard how ‘Mikki’, as she was known to her friends, was always on hand for advice, excited for an adventure, and how she had the ability to make any stranger a friend.

Her sister Emily spoke about the young woman’s travels, with Michaela visiting the US earlier in the year, hiking through Yosemite National Park and celebrating with friends at Coachella.

Many wore colourful clothing in honour of Michaela, also known as ‘Mikki’, who loved vibrant attire.

They were greeted with the song Somewhere Over the Rainbow by Israel Kamakawiwo’ole as they entered the service.

Sister Emily tearfully told mourners how her heart has been filled with sadness since Michaela’s death.

‘Nobody quite understands you like a sister does,’ she said during her eulogy. 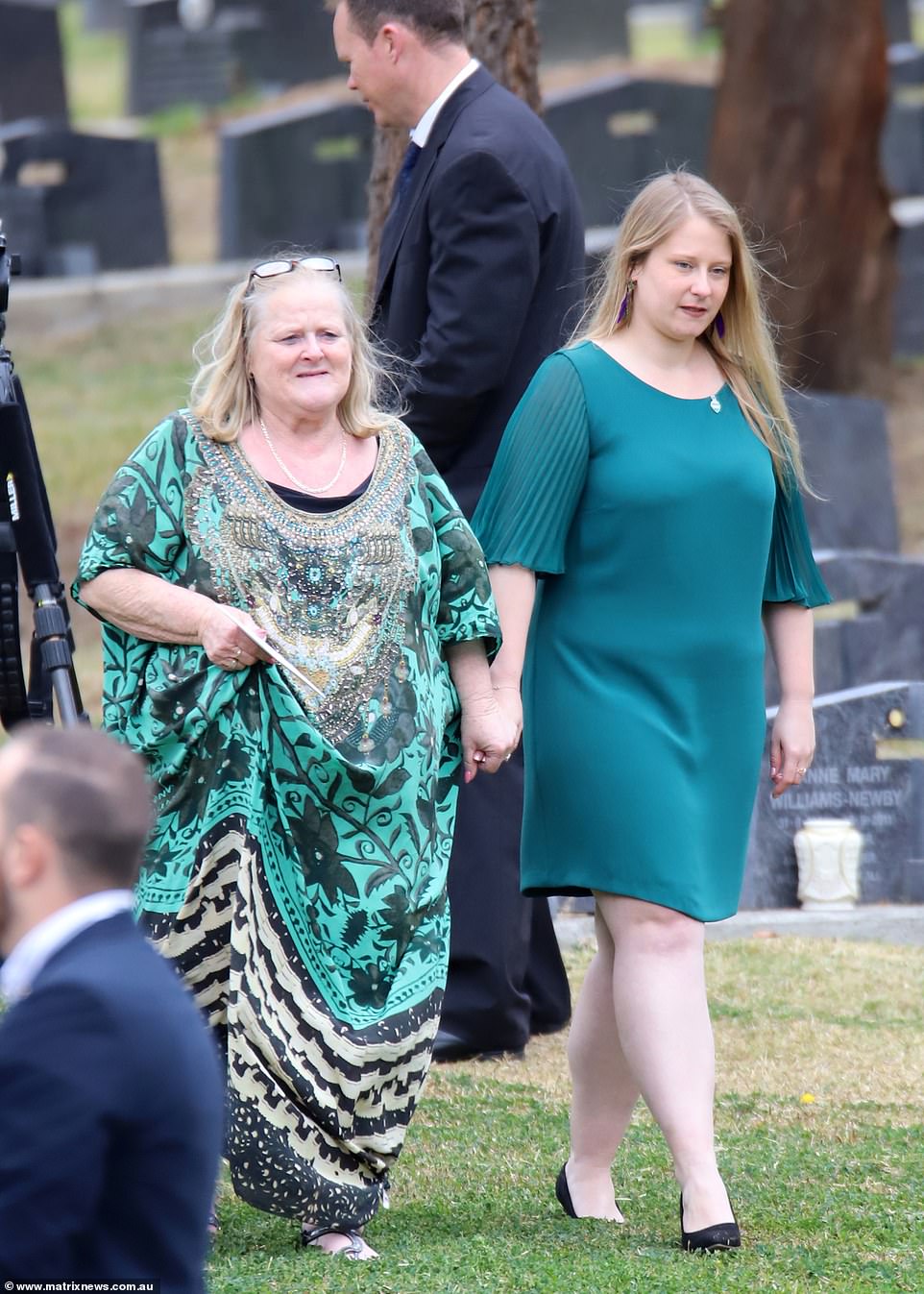 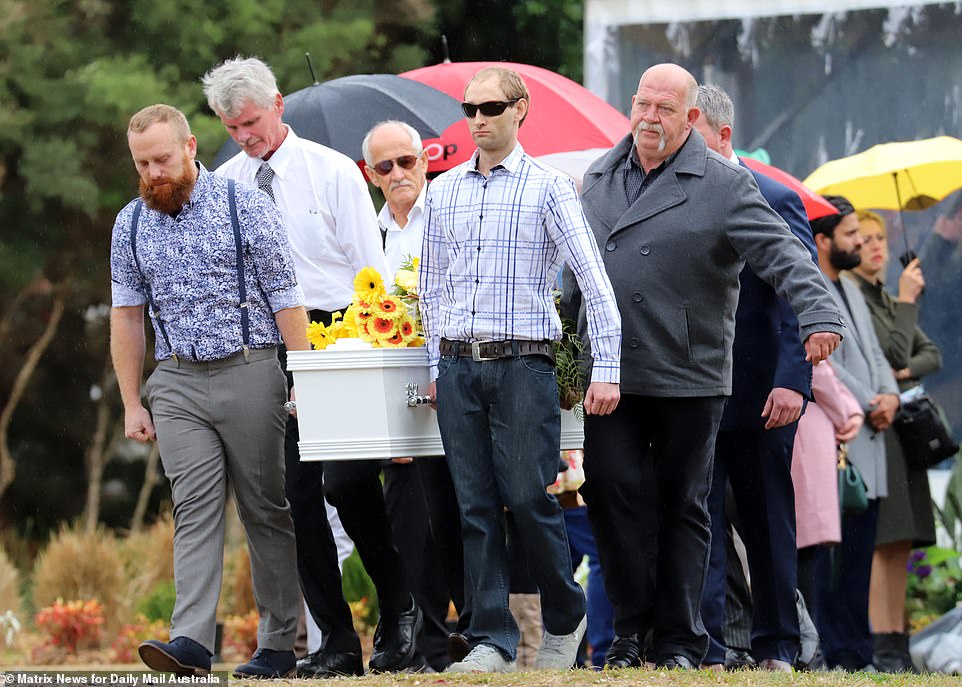 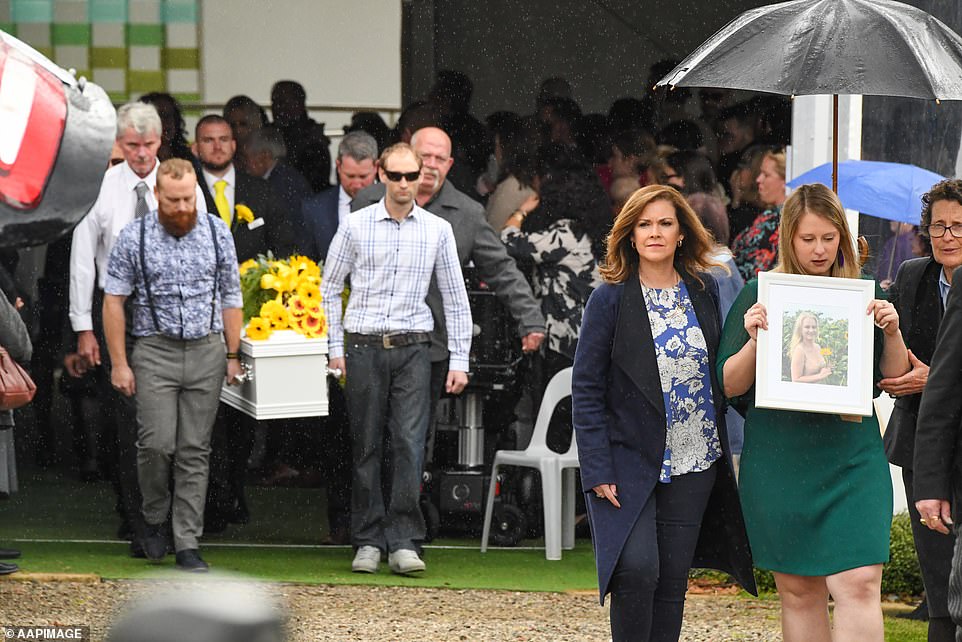 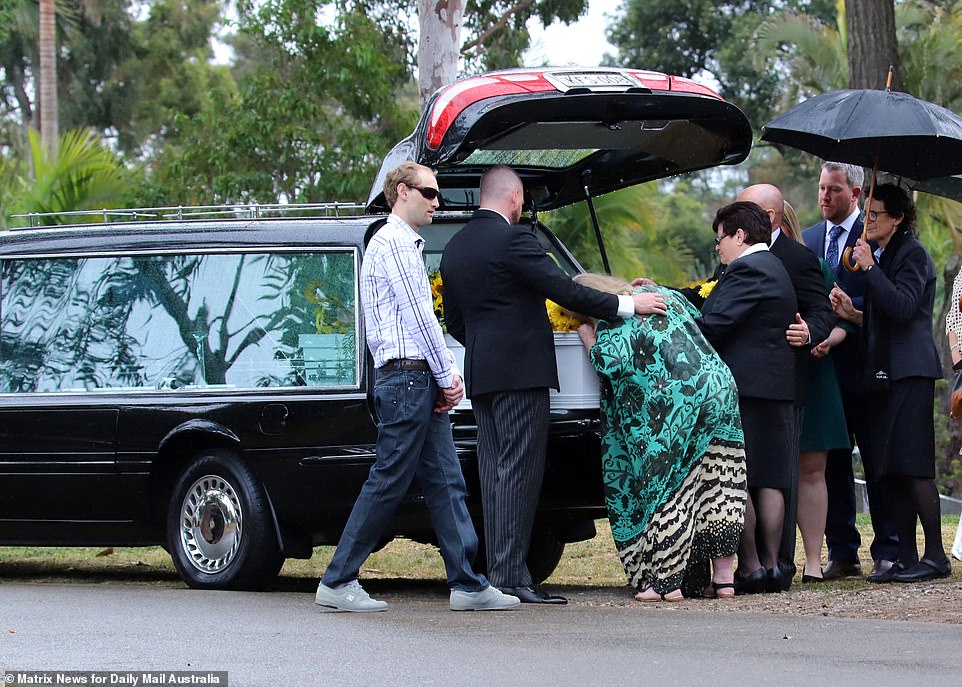 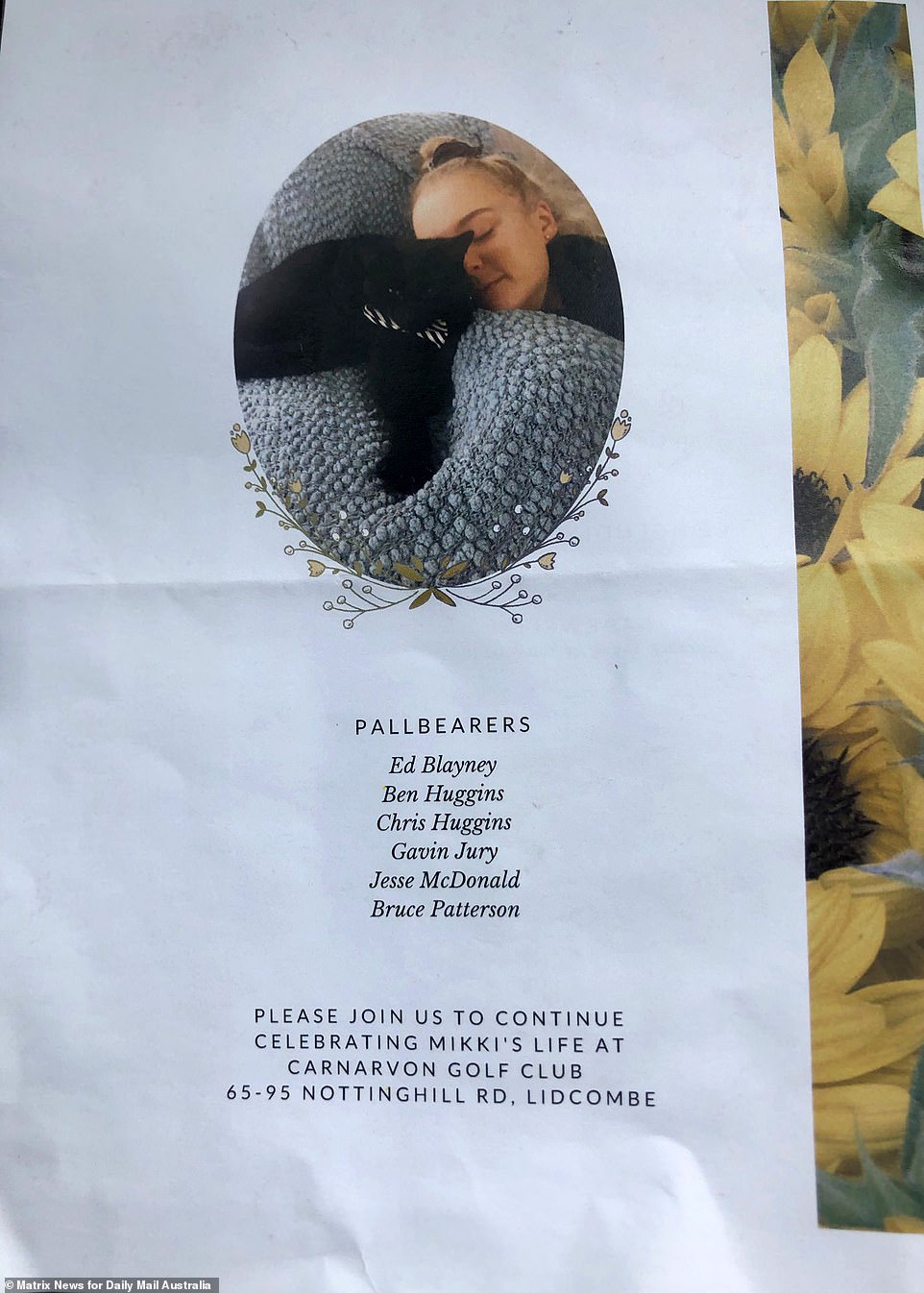 ‘Mikki’ as she was known to her friends, was an avid traveller and proud ‘cat lady’

‘To think that life goes on without you is pretty incomprehensible.

‘The world is a much duller place without you Mikki.’

Emily said the pair were inseparable, taking part in swimming, netball and gymnastics together. When Michaela was old enough, she got a job with Emily at Ten Pin City.

Michaela was inspired by her sister to see the world, and had no plans to stop. The pair had planned to travel to Uluru together, and Emily lamented their plans will now never come to fruition.

‘There are so many of your travel stories I will never get to hear.’

Michaela’s best friend Ashleigh, who went globetrotting with the avid traveller, shared how she had admired her friend’s bravery.

‘They say that good things come in small packages, and I feel that saying has never been more true,’ she said. 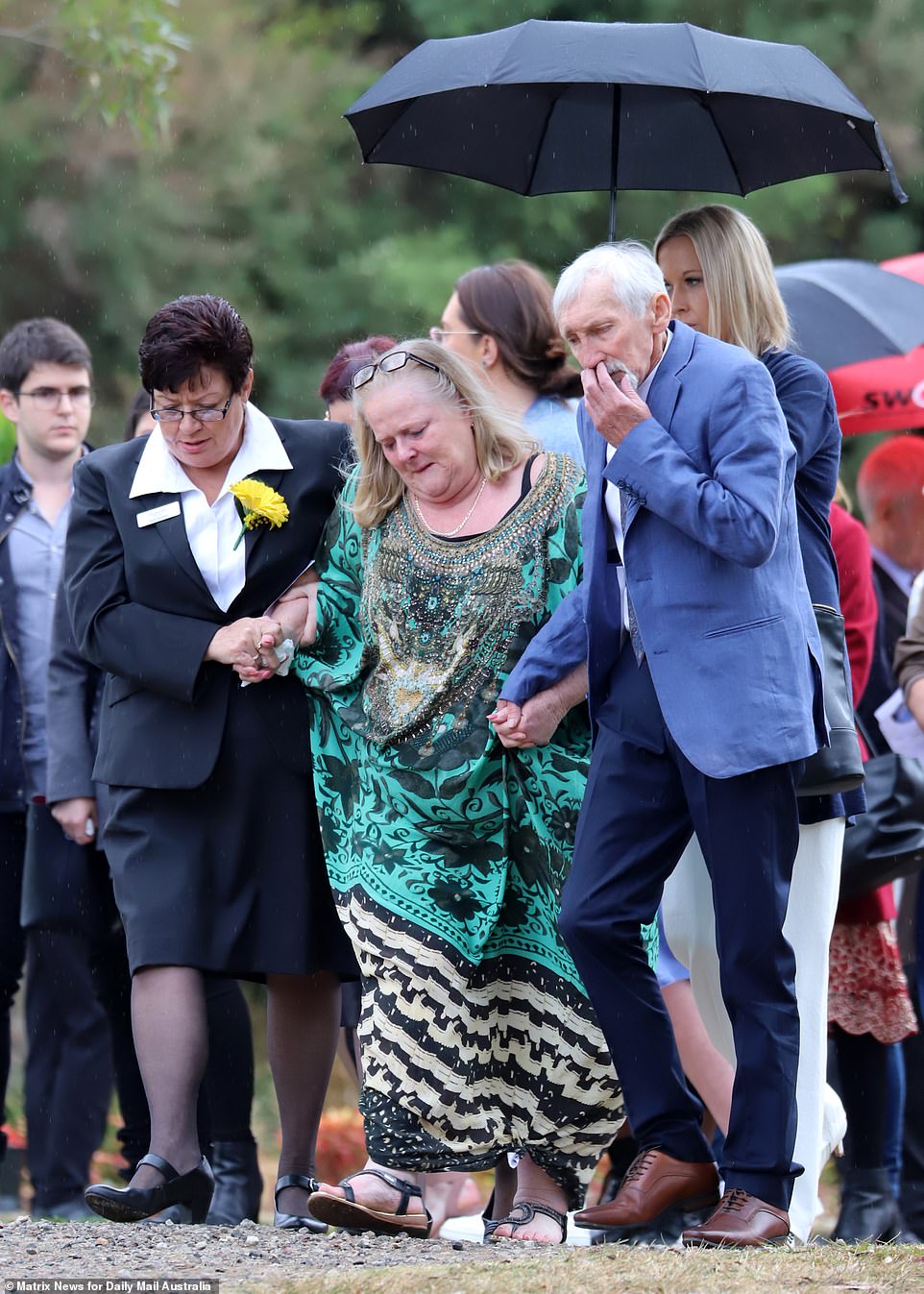 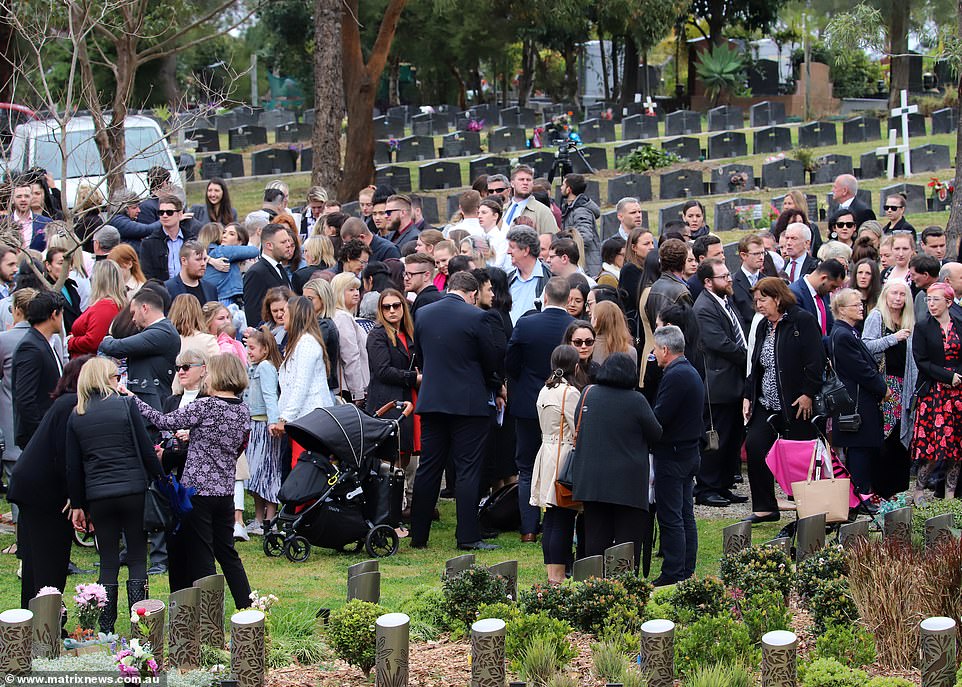 Hundreds were in attendance for Michaela’s funeral. She has been remembered as a generous, joyous and beautiful young woman 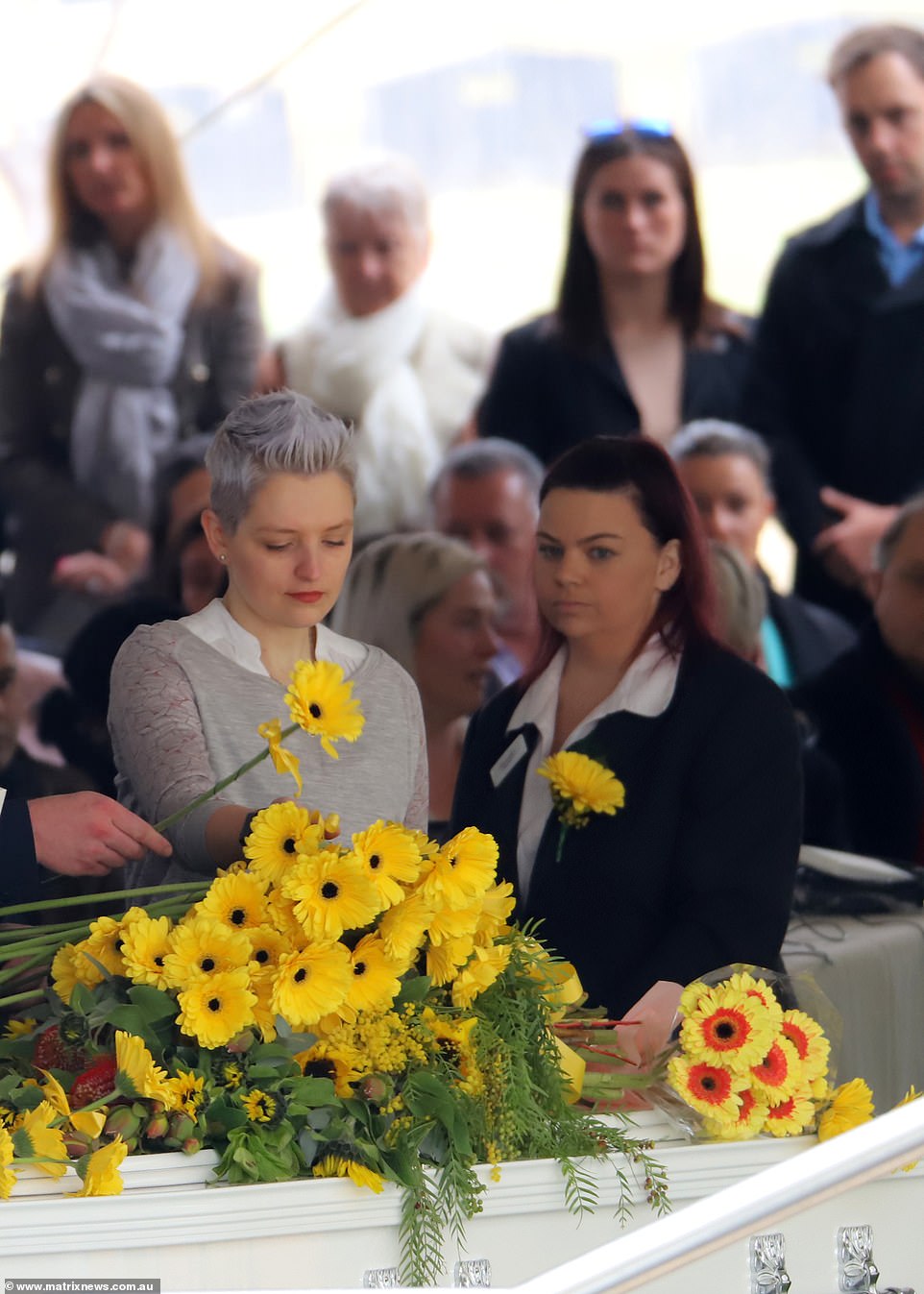 Michaela’s white coffin was draped in vibrant flowers. The 24-year-old was known for her love of vibrancy 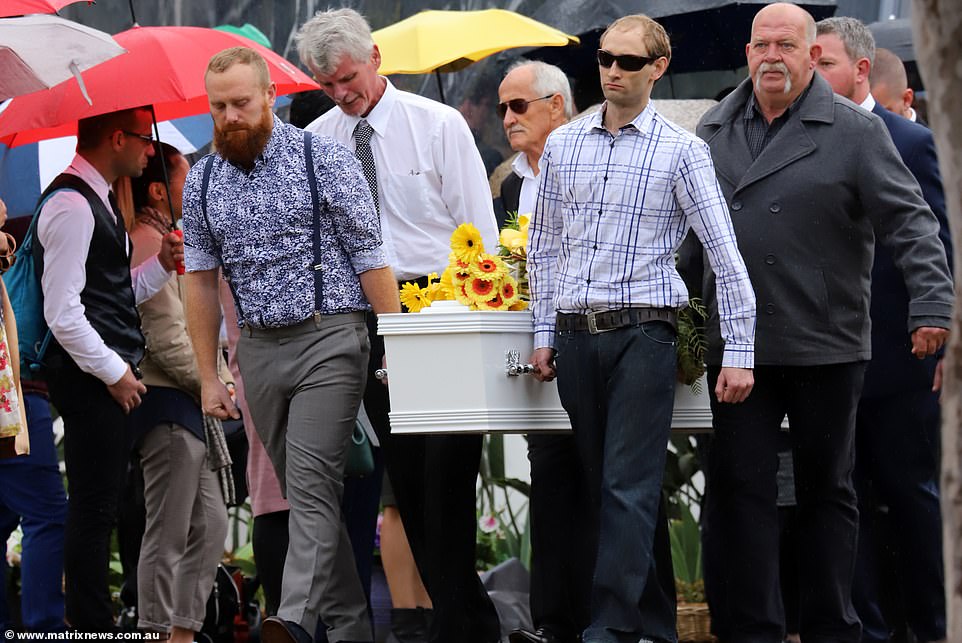 ‘Because although Michaela’s life was so unfairly short, and she herself was small, Michaela was nothing but good.

‘She could walk in to any room and be friends with any person who was there. She had the ability to instantly make any person just feel comfortable.’

Friend Ciara recalled how Michaela took her to get her nose pierced on the last day of high school.

‘She looked like she was in more pain than me,’ she joked through tears.

‘Mikki offered so much backing and support that you felt as though you really could do anything in the world… she lived life to the fullest.

‘Mikki did whatever she desired and lived an exciting and immense life.

‘She had you, and you had her, and nothing could change that.’ 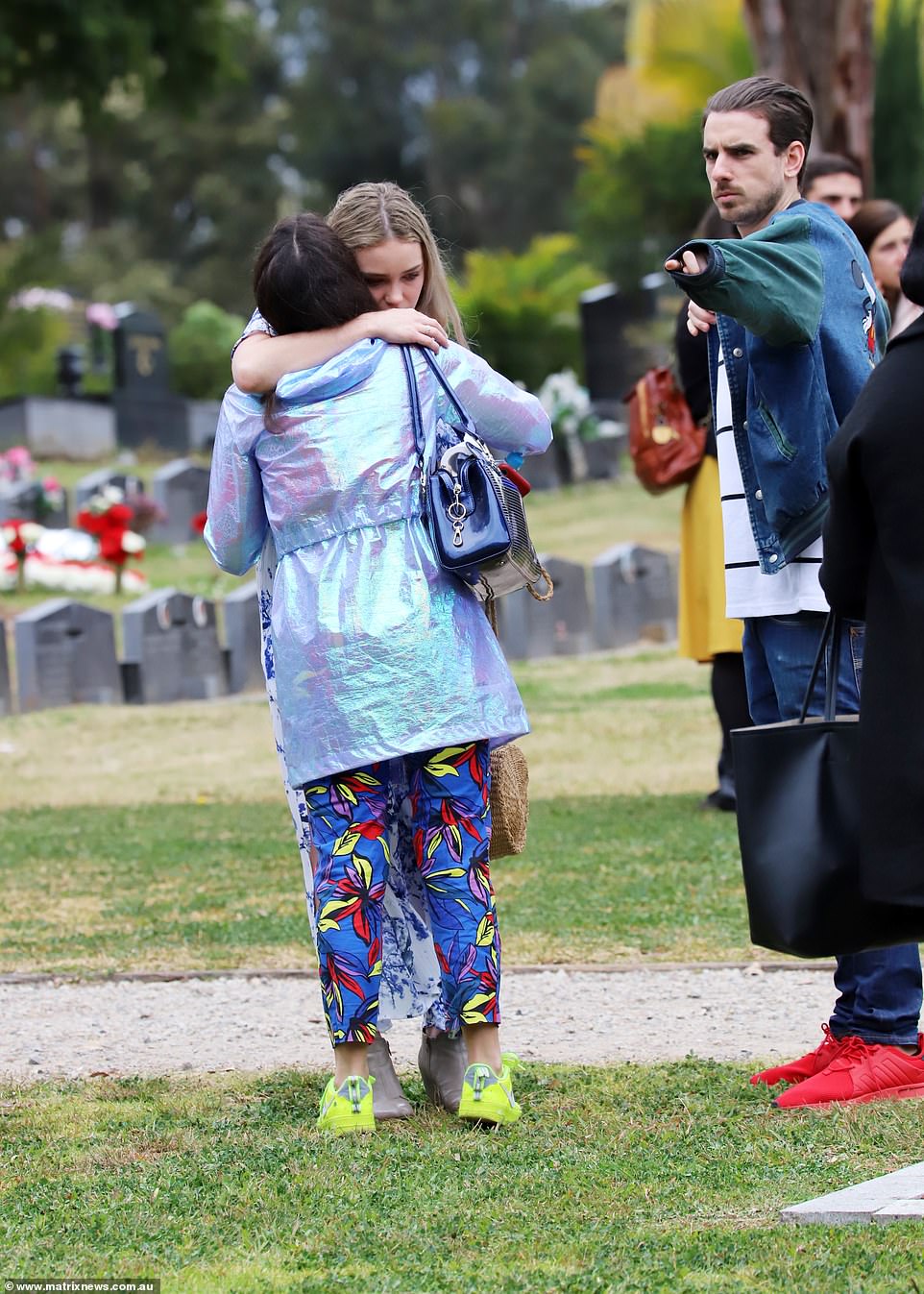 Mourners dressed in bright clothing for the service. They wiped away tears as they remembered the vibrant young woman 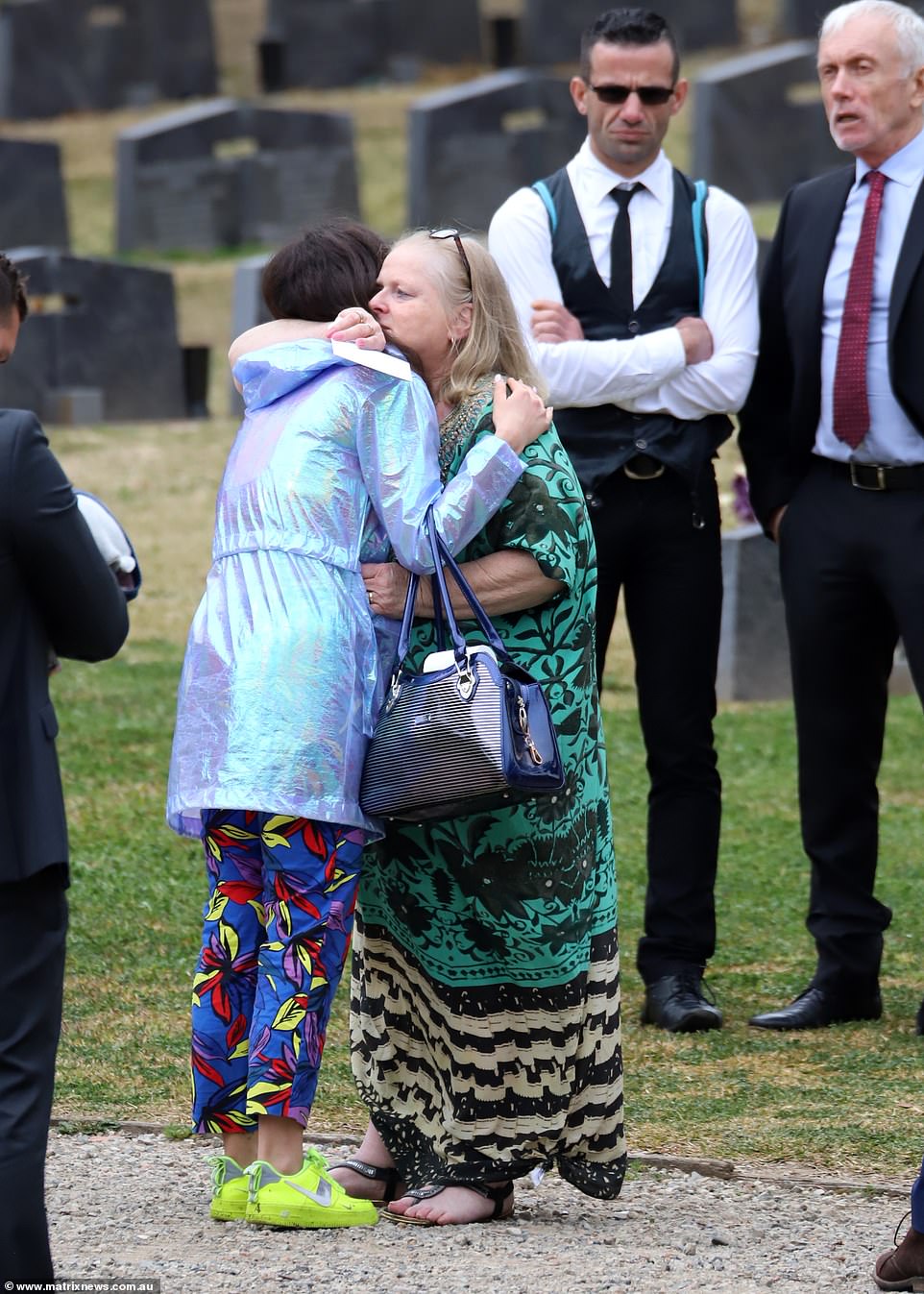 For those who knew her best, she will always be remembered for her love of cats, stunning dresses and her ability to ‘light up a room’

Quoting Michaela’s mother Joanne, Ciara said the group before her were ‘truly the lucky ones’.

‘We were privileged to have known and be loved by Mik. Our world has loved someone genuinely spontaneous, caring, sassy and true,’ she said.

Michaela was brought into an outdoor chapel at Rookwood crematorium to ‘Somewhere Over the Rainbow’. Her white coffin was topped with sunflowers, with more added by her family and close friends at the end of the service.

As mourners poured in, first into chairs then squished around the sides and flowing out the back of the chapel, a steady stream waited in line to hug a tearful Joanne.

As Mrs Dunn cried on to the shoulder of one woman, she reflected on the crowd.

‘We are surrounded by so much love,’ she said. 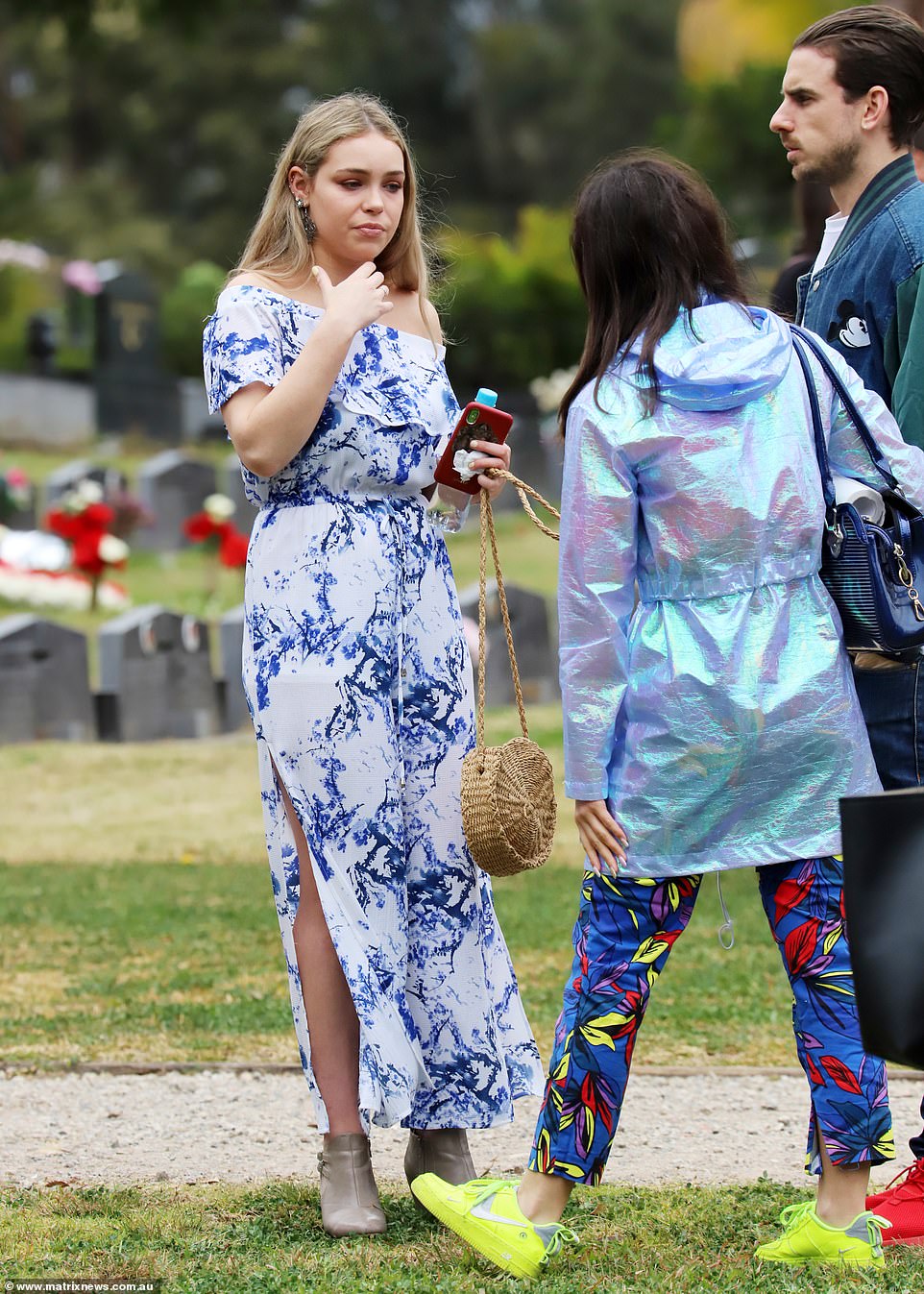 For those who knew her best, she will always be remembered for her love of cats, stunning dresses and her ability to ‘light up a room’.

Michaela owned two cats, Snoop and Cami, and most mornings started with the young woman calling them over to her.

Ms Dunn attended Rosebank College, a Catholic school in Sydney’s inner west, where she was a social justice captain, and had graduated from a degree in marketing and public relations at the University of Notre Dame.

She was working as a sex worker on August 13, with Mert Ney, 20, as her client, when he allegedly stabbed her and slit her throat, leaving her to die in her Sydney apartment before rampaging through the CBD. 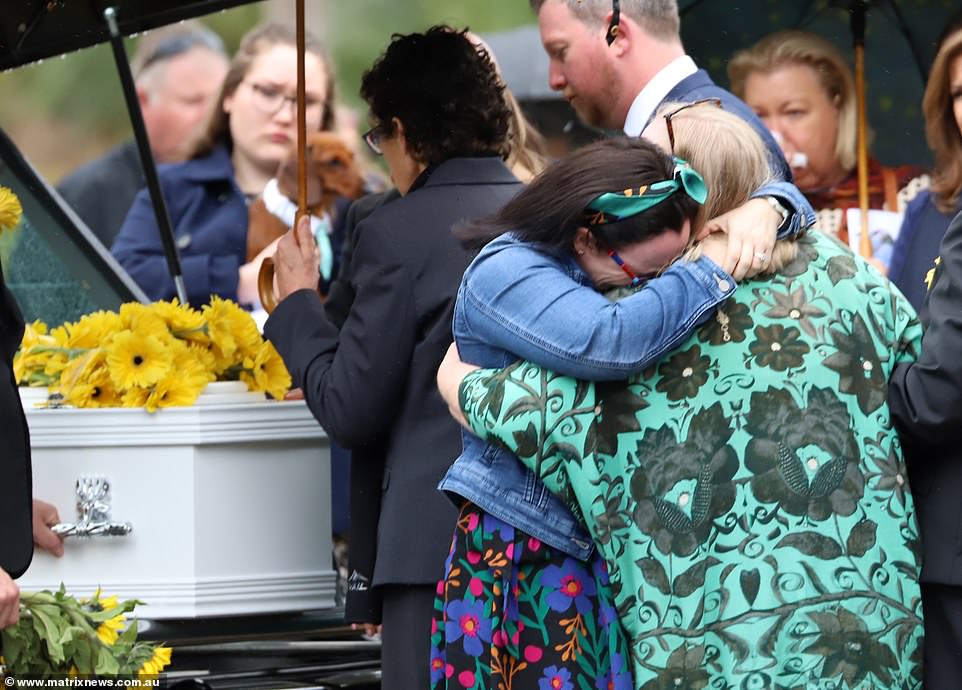 Mourners in vibrant clothing embrace as they farewell Micheala Dunn, who was allegedly murdered two weeks ago in Sydney 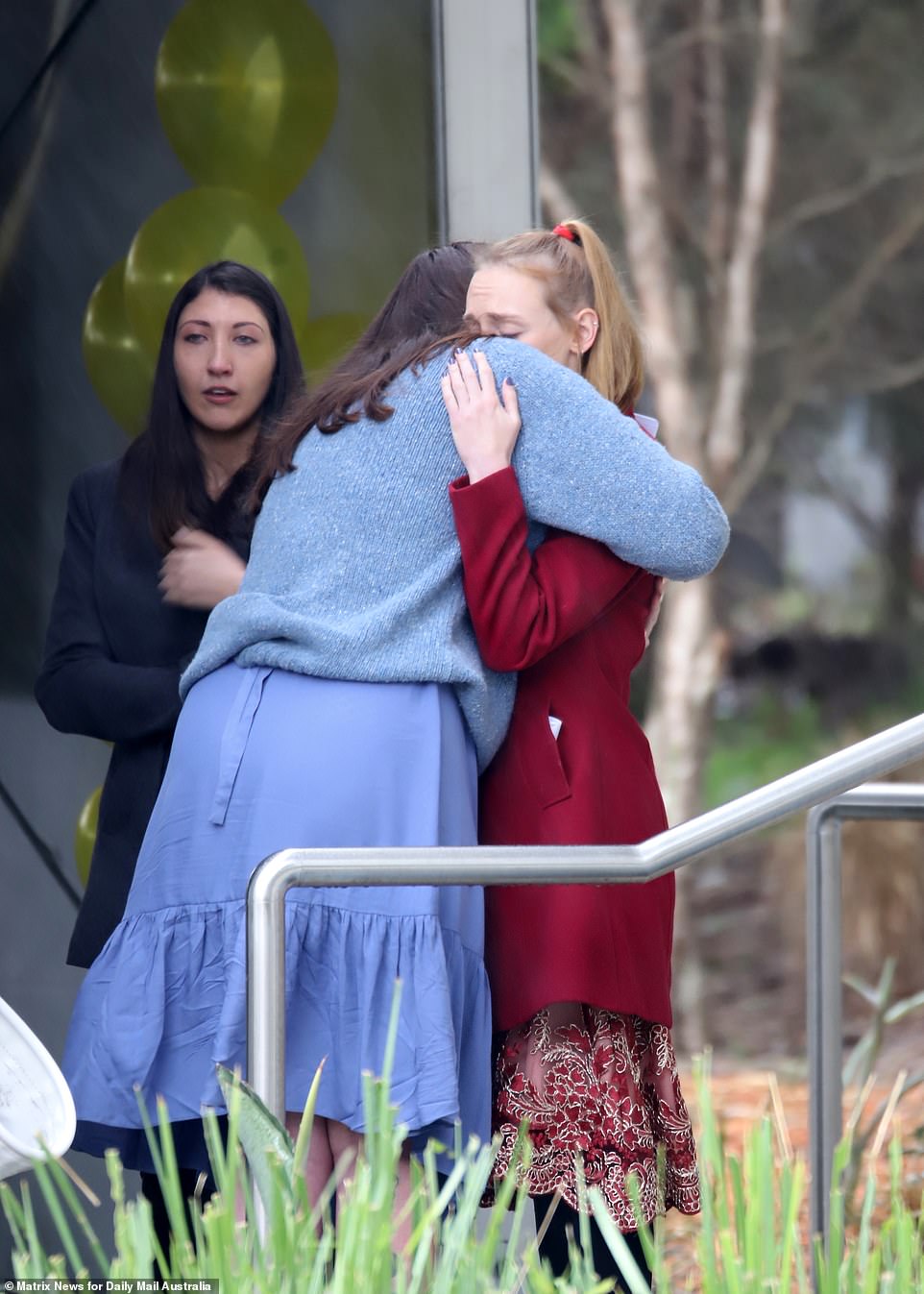 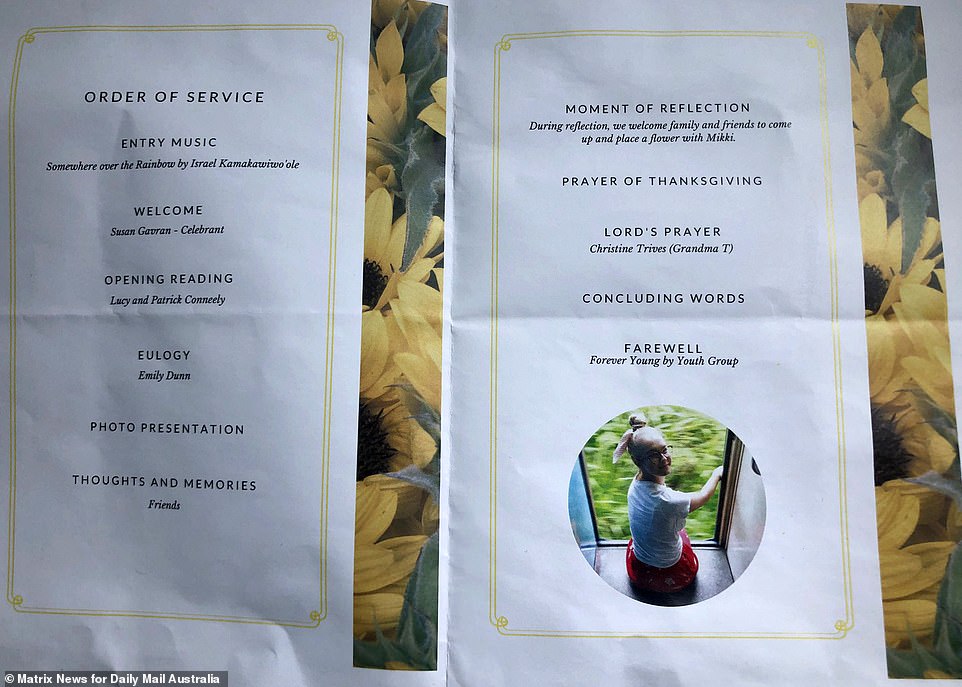 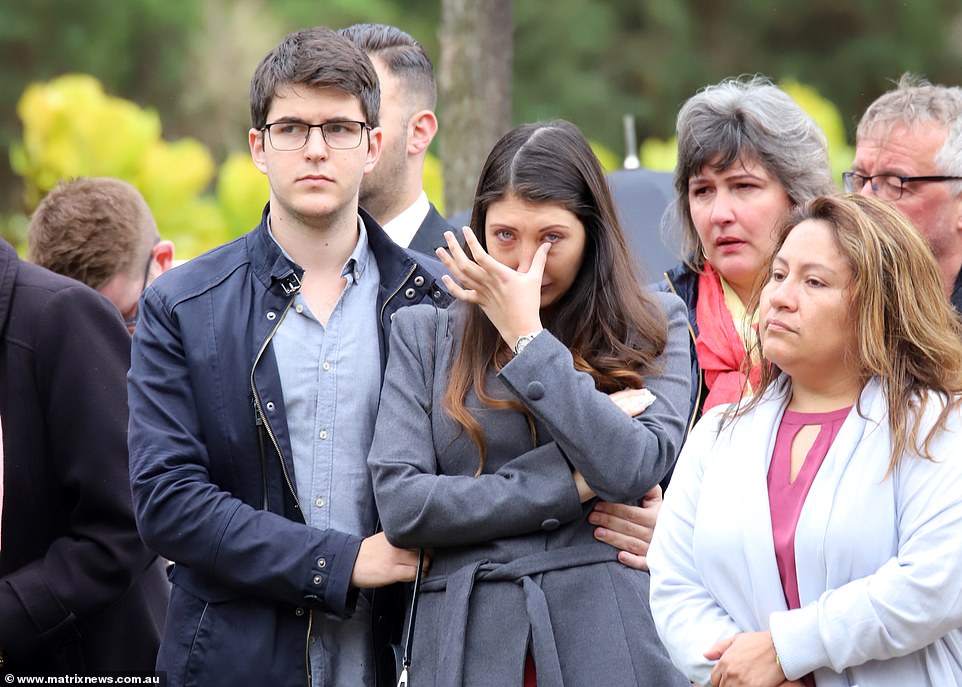 He also allegedly stabbed Linda Bo, 41, in the shoulder at the Hotel CBD before running through the streets brandishing the knife.

Ney intends to defend the charges against him on the grounds of mental illness.

Before she began sex work, she was a duty manager at Tenpin City – a job she picked up while at high school.

Ms Dunn had spoken out against sexual violence through her social media accounts and by signing petitions, telling friends ‘sexual violence and harassment is never acceptable’. 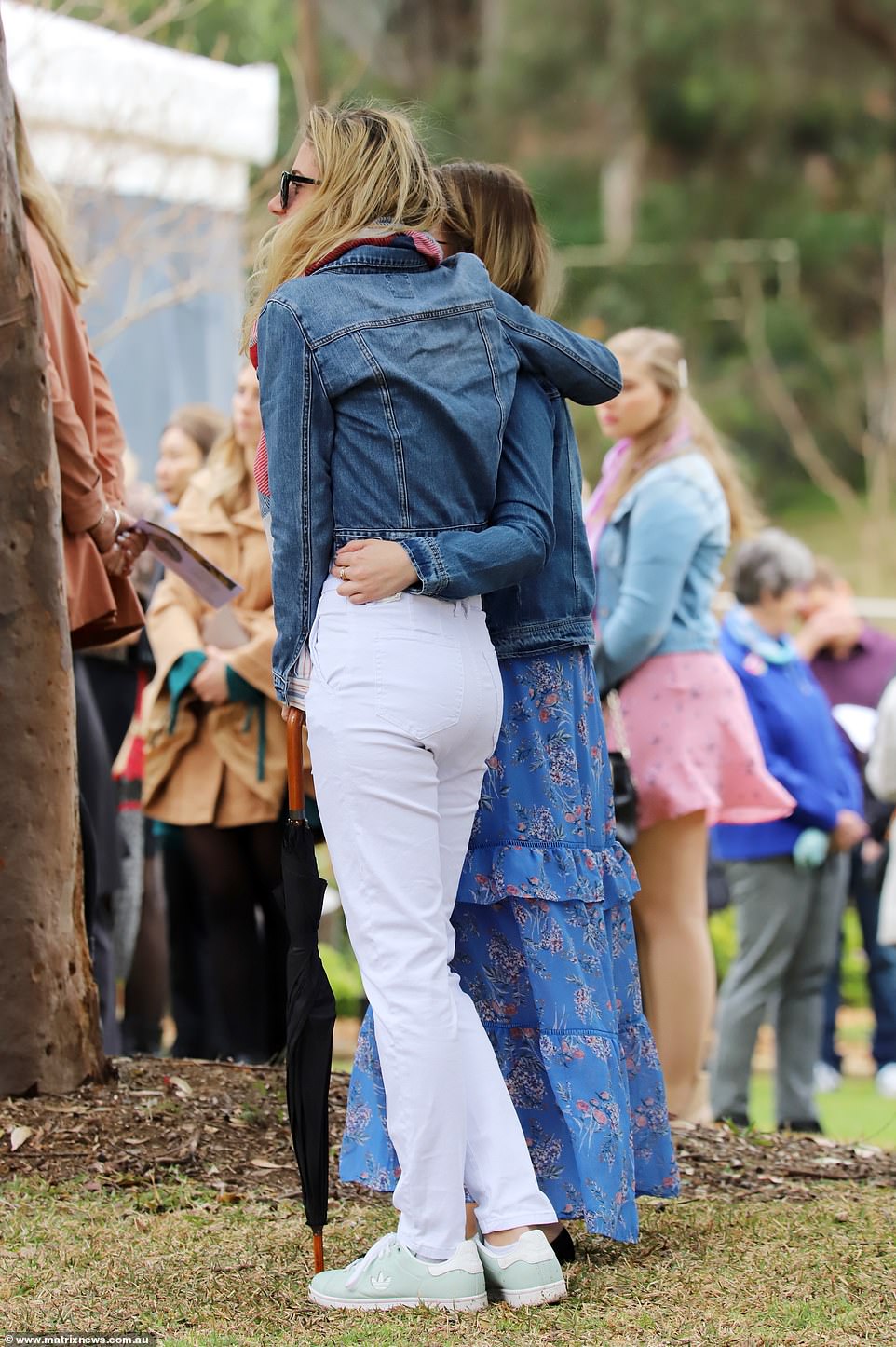 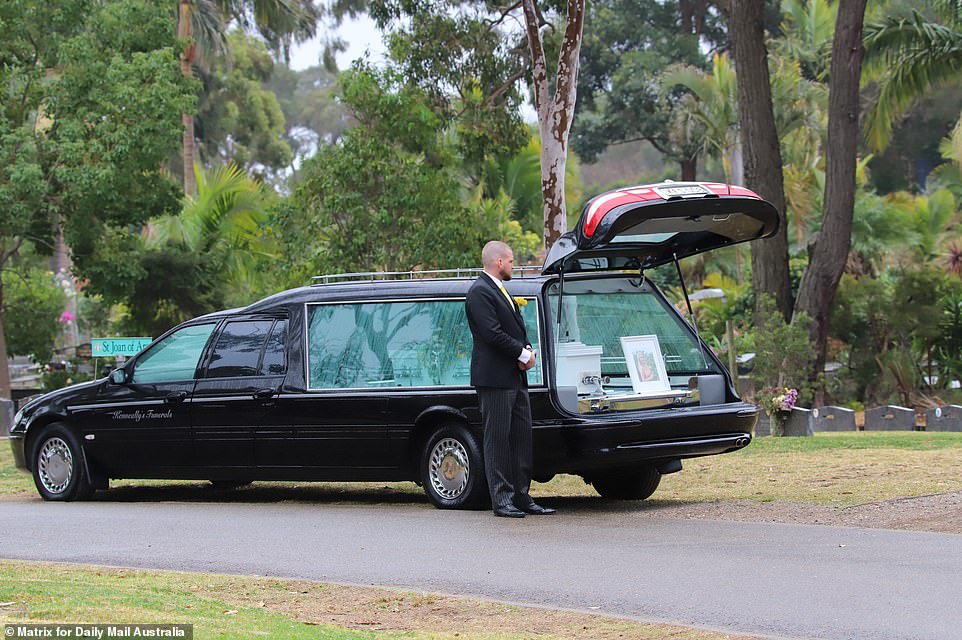 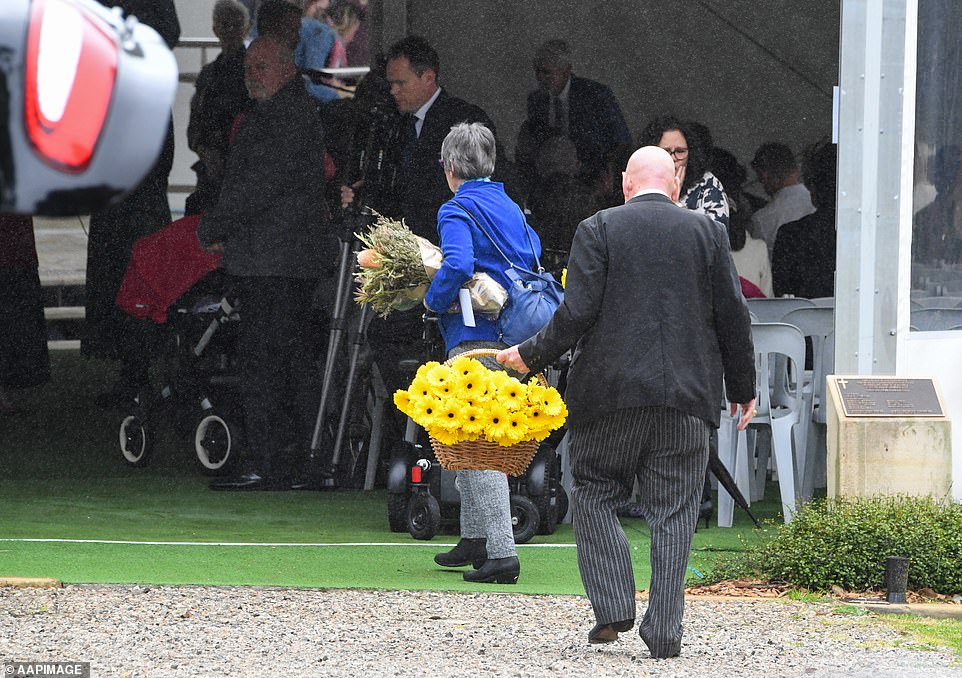 Her mother told Daily Mail Australia last week her daughter was ‘amazing’, and that those around the university graduate were privileged to know her.

In a social media post, she said: ‘The world has lost someone truly special, and things will never be the same without her kindness, eye rolls and mad love of cats.’

Best friend Ashleigh shared her raw grief with friends on Instagram, telling them her world had been ‘taken away’.

‘You were the most beautiful person, inside and out. You would brighten up anywhere you went just by your presence; and now the world is truly a much darker place,’ she said.

‘This is something I will never be able to recover from. I don’t know how to breathe without you.’ 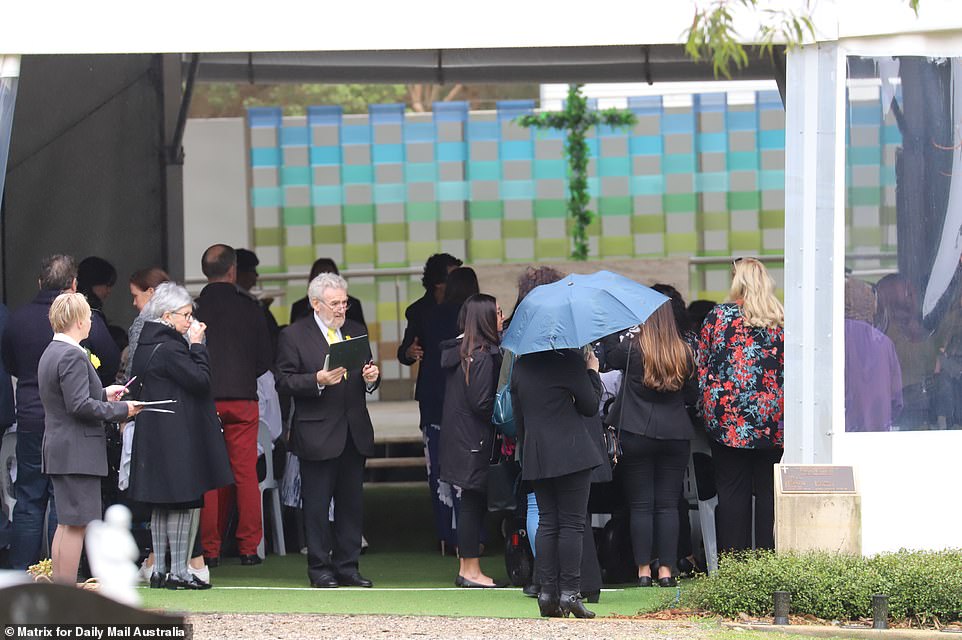 While the sun failed to shine, the guests brightened the day with their fashion choices – donning bright clothing to honour Michaela, who was known for her love for vibrant attire 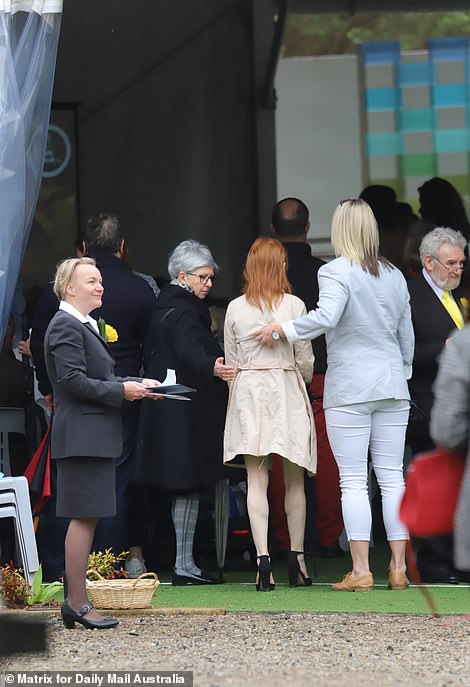 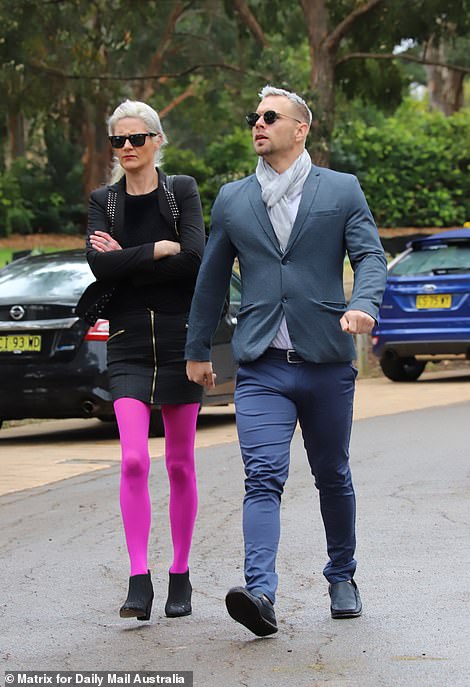 Many wore colourful clothing in honour of Michaela, also known as ‘Mikki’, who was known for her love of vibrant attire 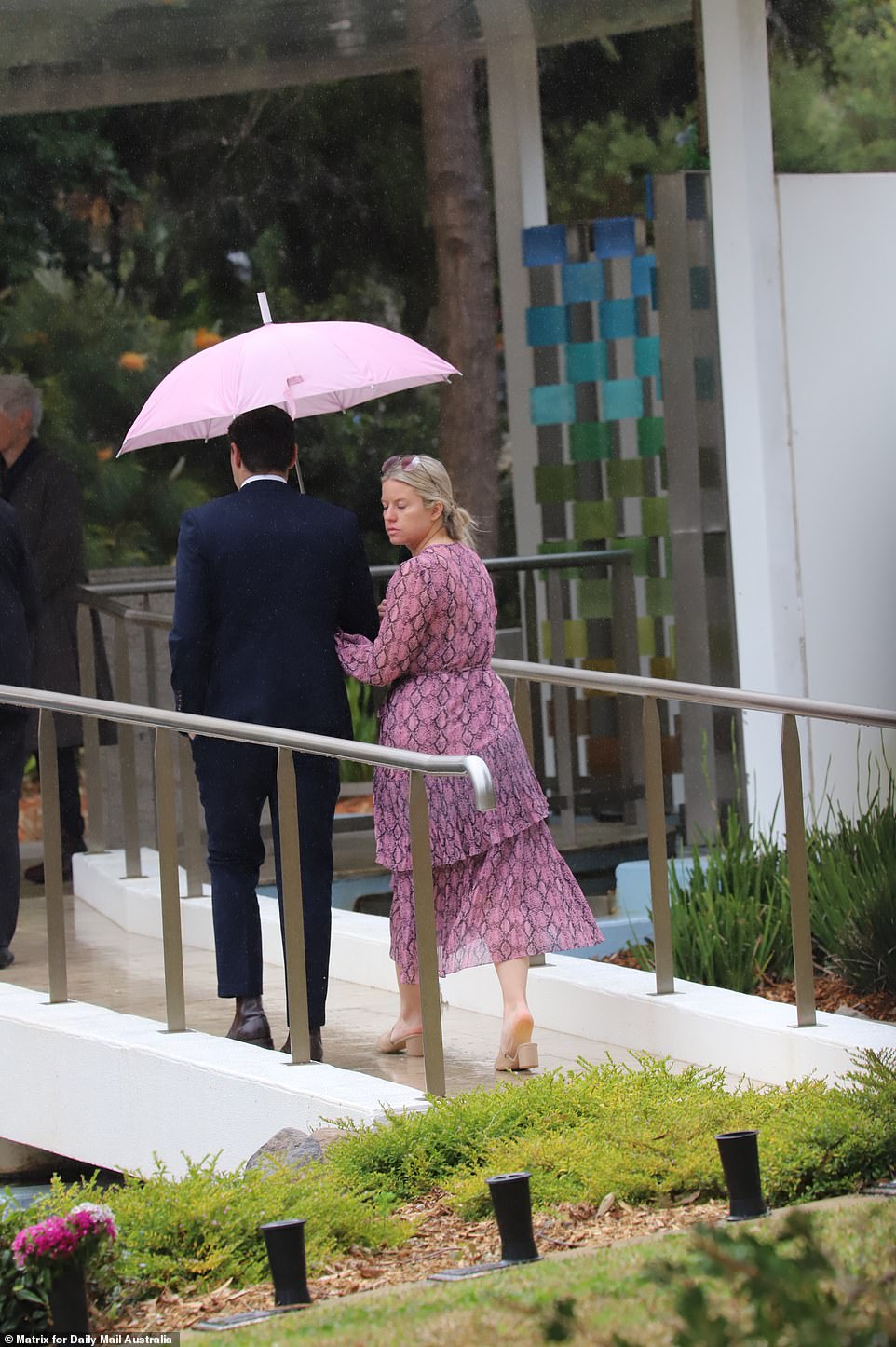 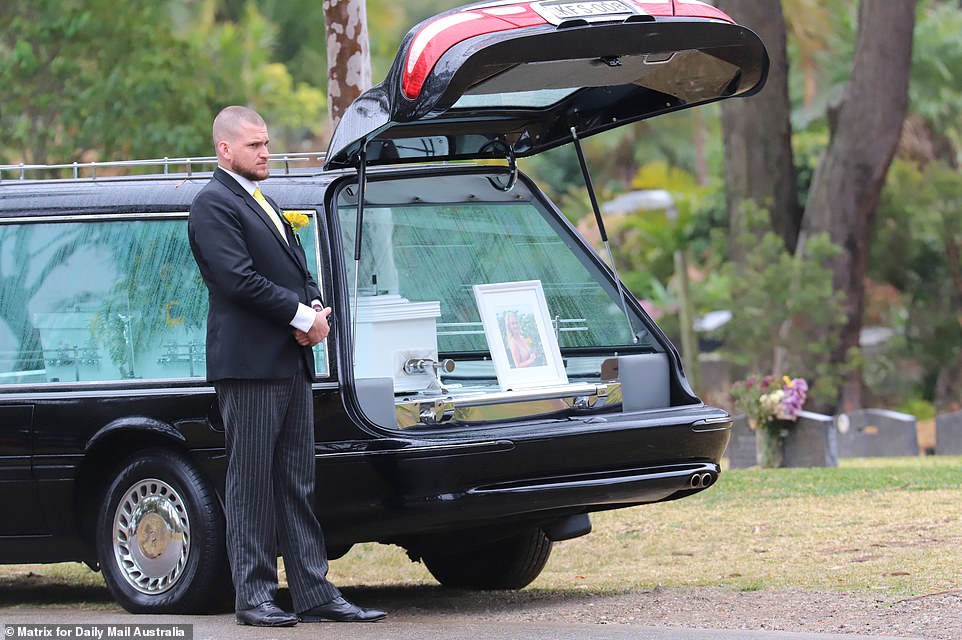