A wife who was married to her husband for 20 years discovered he had been cheating on her for half their marriage when he accidentally left his Facebook page signed in on her laptop.

Believing she was still logged in to her own account, the Australian woman clicked on a message notification in June 2016 that read: ‘I’m happy too.’

The message was sent to her husband Mike from a woman called ‘Maggie Gray’, she revealed anonymously to Mamamia using false names.

Scrolling back to earlier conversations, the woman ‘shivered’ when she saw a message from Mike to Maggie saying: ‘The sound of your voice yesterday made me happy.’

But her heart truly stopped when she saw her husband telling this mystery woman that he loved her and always had.

The shattered woman was wracked with ‘shock, horror and disbelief’ and said it was ‘one of the worst moments’ of her life.

She confronted her husband, demanding to know who Maggie was and how he could betray her so cruelly.

Initially he tried to explain away the messages by lying, telling his wife that Maggie was just an old friend from university who he reconnected with.

But his web of deceit eventually unravelled and he confessed to sleeping with Ms Gray for the past 10 years – half their marriage.

Key signs of the Serial Cheater

* They are harder to detect because they have mastered their craft

* They get defensive when you ask about their night

The shattered wife ended their relationship and threw her husband out of the family home, devastated that the closest person to her would take advantage of her trust.

Soon after, the woman discovered that her husband’s mistress had known all about her for the duration of their affair, which only added salt to the wound of her broken heart.

Four years on from the breakdown of her marriage, the woman said she’s heard countless stories of similar infidelity, leading her to question if all men are unfaithful.

She said she doesn’t want to live life being deeply distrustful of every man she meets, and is ‘heartened’ by the men who slam her ex-husband’s behaviour as cowardly, cruel and devoid of integrity.

A male friend who has been happily married for 40 years told her he would never even consider being unfaithful to his wife because he knows how much it would devastate her and how wrong it really is.

She said she longs to meet a man with similar morals – the kind of man she believed her ex to be.

Can cheating actually SAVE a relationship?

Australian sex therapist Matty Silver says it can, if the underlying issues which caused the affair are resolved in a honest and collaborative way.

While she doesn’t condone infidelity, Ms Silver says there are times when cheating can strengthen a bond if those involved are truthful about what’s happened and work through the problem together. 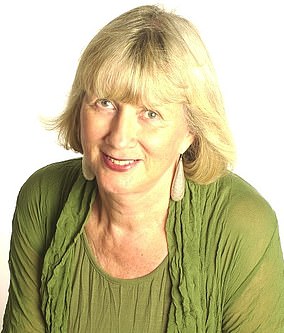 She says that delving into the reasons a partner has strayed can be painful, but doing so can uncover reasons a relationship may have failed – and what can be done to repair it.

Statistics show extramarital affairs are common in Australia, with figures revealing 70 per cent of all marriages experience at least one affair.

Ms Silver, who is the author of Sex Down Under, shared tips on coping with the revelation that your partner has been unfaithful.

* Throwing a partner out of the house after you find out about cheating is never a good idea, especially if there are kids involved.

* Once you have found out, calm down and tell as few people as you can.

* People do not often cheat because they intend to hurt their partner – rather they just feel under-appreciated or crave intimacy.

* Try to understand an affair and how it happened. This can help to provide clarity and give answers to the questions a couple may feel are unanswered.

* Try to deconstruct the affair, rather than assigning blame.

* Get to the roots of where the infidelity started, and make decisions on your relationship going forward.