A mother-of-two and her children were left gobsmacked when an ‘evil’ driver ran over two ducklings who were on the road at a McDonald’s drive-thru.

Vicky Smith watched on in disbelief as the heartless motorist ploughed into the ducklings after placing their order at the Grand Parade restaurant in Skegness yesterday.

Two of the young ducks were crushed underneath the wheel of the Renault Megane – and the driver showed no hint of remorse, driving to the next window without looking back.

Ms Smith, who was with her seven-year-old son, Saul, and her five-year-old daughter, Eve, said it upset the whole family. 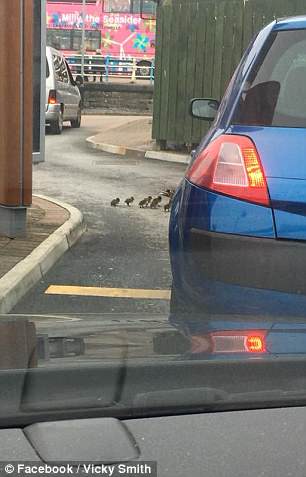 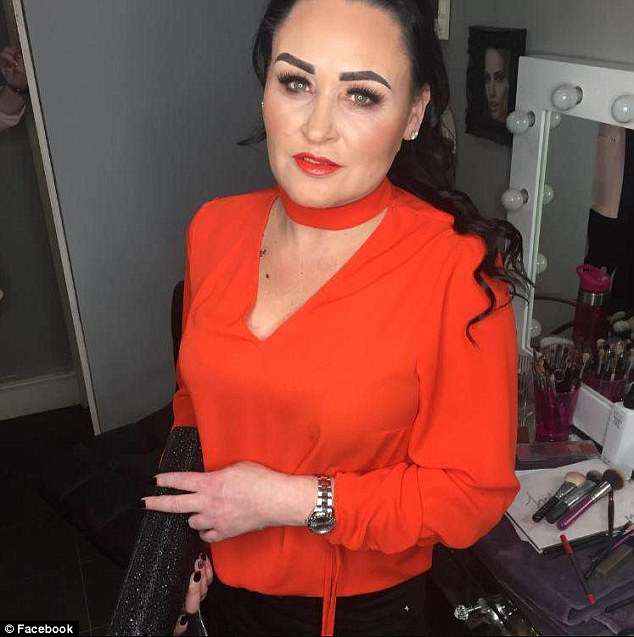 Ms Smith, who was with her seven-year-old son, Saul, and her five-year-old daughter, Eve, said it upset the whole family

The 39-year-old said: ‘We were completely gobsmacked -she did not even look back after she did it.

‘My son was distraught. When we were coming back round we could see the daddy duck looking for the little ducklings. We couldn’t believe anyone could be so heartless.

She added: ‘She placed her order and then just drove through them. We thought that it wouldn’t matter if she had to wait a few minutes for them to move so she could drive forward. She obviously saw them.’

Ms Smith and her children had travelled to Skegness from Barnsley to enjoy a couple of days at the coast during the half-term holiday.

She had been taking pictures and filming the ducklings for Saul, who has learning difficulties, so he could show his class mates what he had been doing during the break. 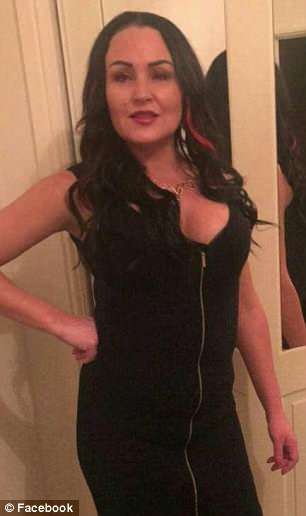 Vicky Smith watched on in disbelief

She said: ‘He is very upset about it. He’s been telling his granddad about the nasty woman who drove over the ducklings.

‘We’d been taking pictures of everything like the donkeys – it’s sad that something like this had to happen.’

Ms Smith got out of her car after the incident and told McDonald’s staff who then organised for the dead ducklings to be taken away.

Pictures of the ducklings moments before the incident took place were posted online and sparked anger.

People used a number of choice words to describe the driver, with the most common being ‘evil’.

Many people said she should report the incident to the RSPCA or the police, while others said they would have taken the law into their hands if they saw it happen.