An Australian mother has revealed what it felt like to hold her beautiful son for the first time – after her previous pregnancy ended in tragedy.

Alanna Hankey knew meeting her baby for the first time would be an emotional experience – after having a late-term miscarriage in her last pregnancy – but nothing could prepare the mother of two for the powerful and transformative experience.

The moment the 35-year-old met her son Omar for the first time was caught on camera – and the raw emotion of the moment translates beautifully on film. 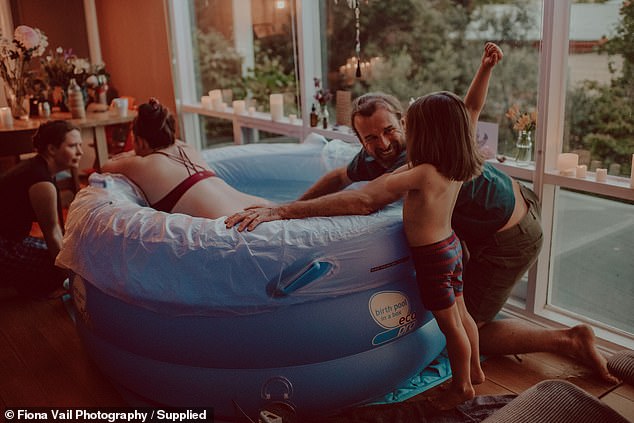 Omar was delivered at home – as was Rumi who is pictured in his swimmers, ready to hop into the pool with his mum

The picture shows Alanna crying as she watches her minutes-old son in the birthing pool at her home in Tasmania. Omar was delivered safely at home on November 5 and is thriving.

Her four-year old son watches on after climbing into the pool after his little brother was finally born.

Her partner Nigel Brennan is leaning against the side of the blow-up pool with a look on his face which matches hers, full of love, relief and awe of the life their love made.

Alanna told Daily Mail Australia she was ‘holding her breath’ for the whole pregnancy, after losing a baby girl at 17 weeks a year before Omar was conceived.

‘We didn’t know if we could bear to try again, but it just happened and we were so happy,’ she said.

‘But having a healthy baby has been so transformative, it has reminded me how strong our mind, spirit and body are and that we can move through anything.’

The couple have welcomed both of their sons to the world in home births – however their daughter came in a hospital and was still born.

Nigel was in Japan at the time, skiing, so Alanna and her then three-year-old son Rumi had to go to hospital without him. 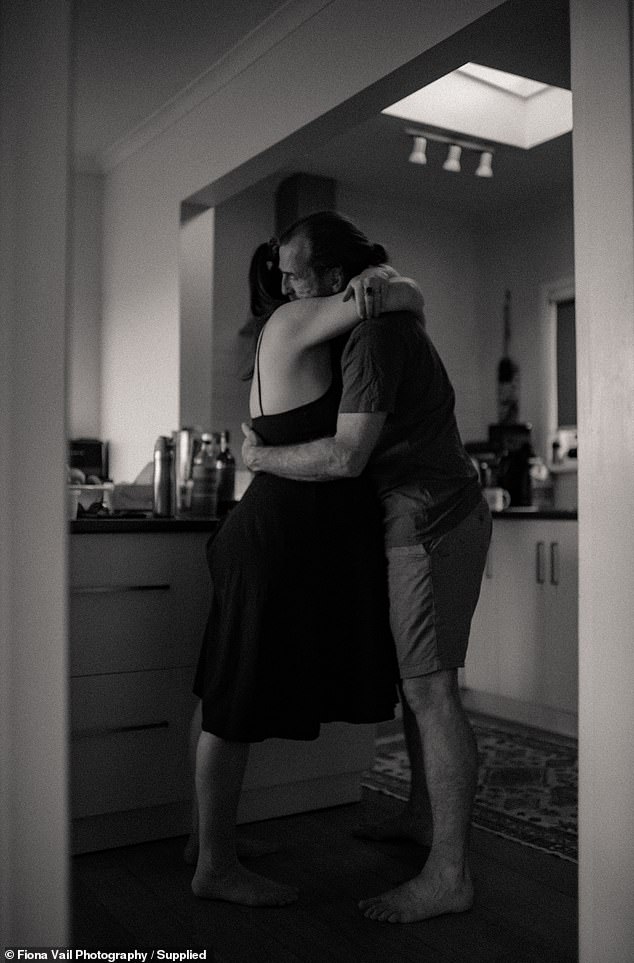 The couple struggled through the death of their daughter separately, because the incident had been extremely difficult and very different for both of them.

‘He was very hurt that he couldn’t be here with us when it happened,’ she said.

‘And for me, when I went through that still birth, it was a reminder of the impermanence of life,’ she said.

The mother-of-two said it took the couple a year of individual healing, and then couple’s therapy to bring them to the same point.

The couple never thought they would be parents, they believed they wanted to follow the spiritual path and Alanna thought previous hormone imbalances meant she couldn’t conceive.

Before they conceived Rumi they had lost another baby – but it was an early-term miscarriage and she didn’t have to give birth to ‘a formed baby’.

‘Because we never wanted kids we were shocked at how excited we were when we fell pregnant,’ she said. 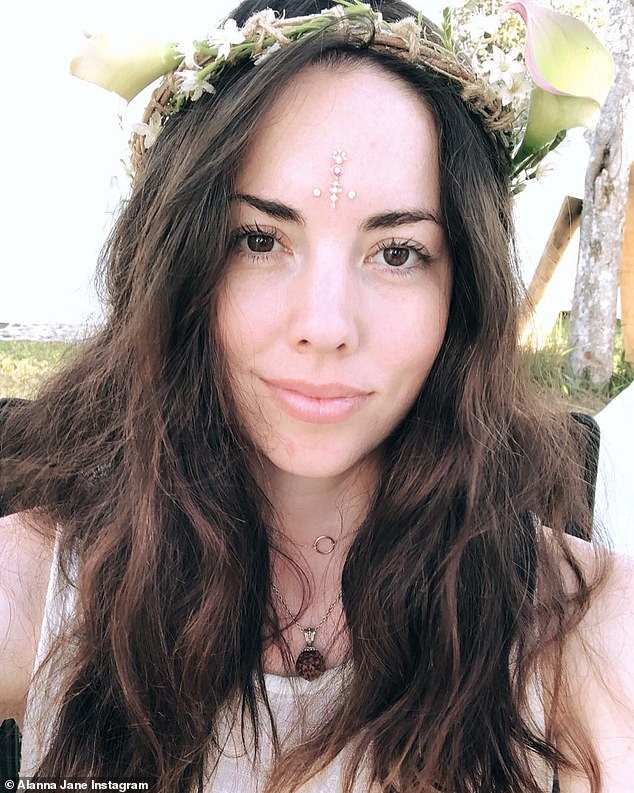 ‘When we had Rumi we were so pleased with him, which is why we decided to have another baby,’ she said.

‘I held onto that fear of loss until that moment I held him and it hit me that he was here and that he was healthy. His heart was beating and my family was complete,’ she said.

The mum has shared her journey on social media so she can help to support other women going through difficult moments in their journey to become mothers or grow their families.

I didn’t have a fear of birth, even after birthing a baby without life.

‘Even though it is very common it isn’t talked about, there is shame, stigma, guilt and sadness – I felt like I was in a stable enough place in life to share my experience.

‘I am a teacher of spiritual practice – and I believe my life is to be shared,’ she said.

Rumi still asks about his baby sister, who hasn’t yet been named, as his parents were ‘open and transparent’ about what happened to him.

‘Rumi loves birth though, he isn’t scared of it and he was able to cut the umbilical cord at home,’ she said.

The mum says she prefers home births because she believes in the power and intelligence of the human body.

‘I didn’t have a fear of birth, even after birthing a baby without life,’ she said.

And she was glad she wasn’t labelled as high risk after her daughter’s death – because only low-risk mums are permitted to give birth at home in Australia. 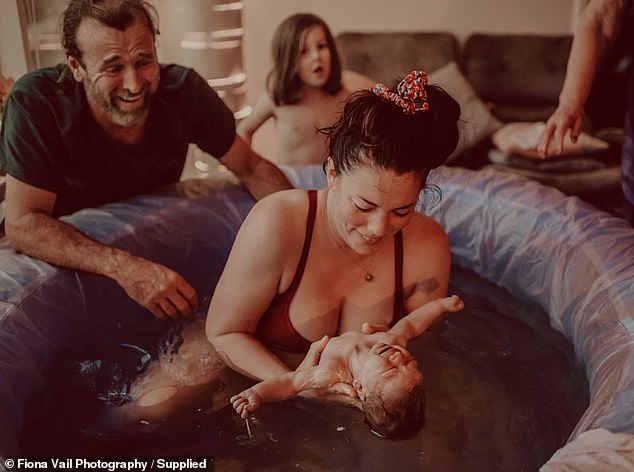 ‘In saying that the birth at the hospital was also an amazing experience – I found it much better than I thought it would be.

Omar and Alanna spent the first 60 days at home after he was born. Allowing them to bond.

Her parents travelled to see them but other than that the only people allowed in the baby bubble were Nigel and Rumi.

Alanna is happy to help support other women going through a similar loss and can be found on Instagram.