A brave rescuer put his hands in harm’s way to free a distressed hawk that had become trapped in fishing lines.

The man’s footage shows him walking along a riverbank and spotting the bird in the shallows, with its tattered wings submerged in the water.

He approaches the bird and starts snipping through the strings wrapped around its talons one-by-one with a penknife.

The dishevelled bird watches, but doesn’t attack with its sharp beak. As soon as the last string falls away, it flaps back into the forest.

The life-saving moment was filmed in Suba, Vologda Oblast, which is about 300 miles north of Moscow.

This is the moment a brave man rescued an ensnared hawk in the Vologda Oblast, Russia 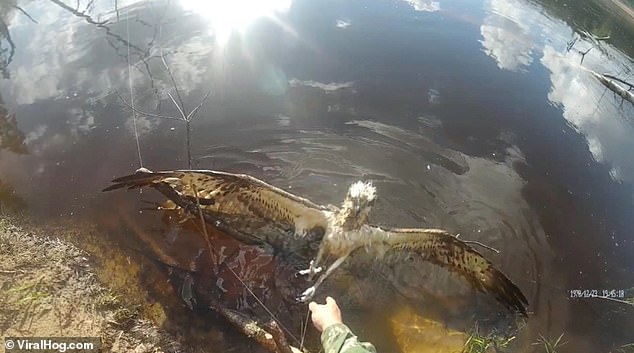 The video shows the man diligently working away for five minutes to release the stranded bird, with his feet sinking into the muddy banks.

At one point, he strokes its feathered neck.

The rescuer said: ‘When I found the bird, it could not budge. The claws and paws of a bird predator are entangled in nets.

‘I had to try to rescue the bird. In less than five minutes, the bird was free.’

The bird appears to be a juvenile, and may have only recently left its nest.

It may be a rough-legged hawk, that lives in the Arctic and sub-Arctic regions of Russia and hunts small mammals. 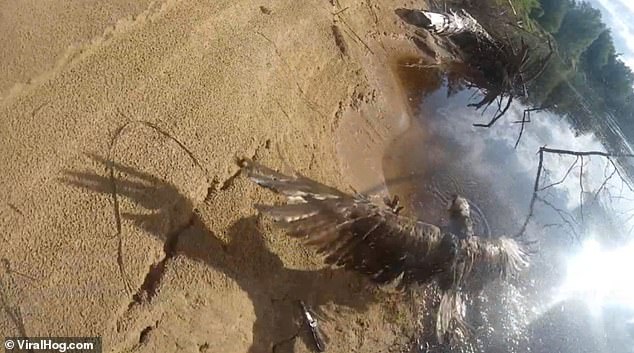 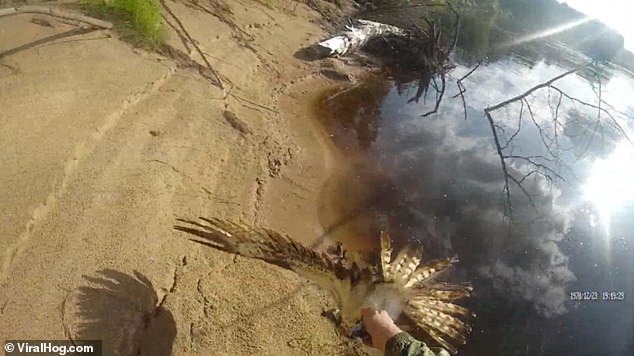 The bird is pictured here leaving. The rescuer said: ‘I had to try to rescue the bird’