A young woman has reunited with her father via Facebook after they lost contact five years ago after their family was split up.

Marissa Tukuafu, 24, was a ‘massive daddy’s girl’ growing up with her parents and three siblings in Mount Druitt, western Sydney.

They lived close to her paternal relatives who cultivated the children’s connection with their Tongan roots.

‘If my dad went to the toilet I would go and sit outside the door,’ Ms Tukuafu told Daily Mail Australia.

Marissa Tukuafu (pictured), 24, lost contact with her father in 2015 when her parents, who had divorced years earlier, had another falling out 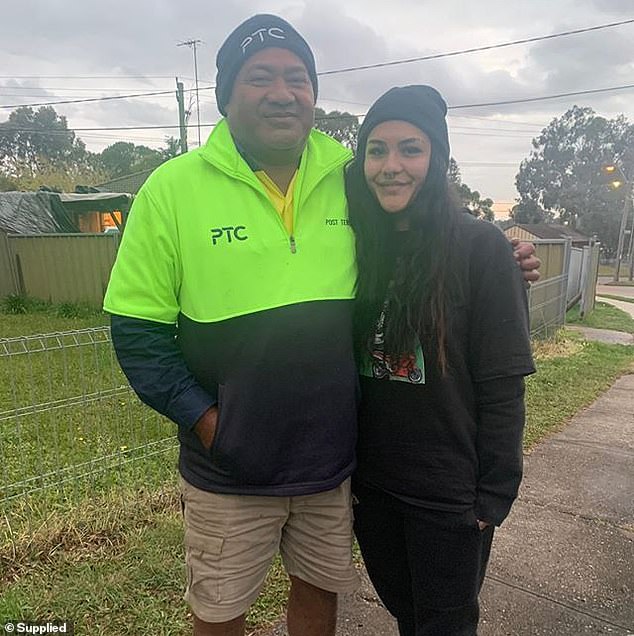 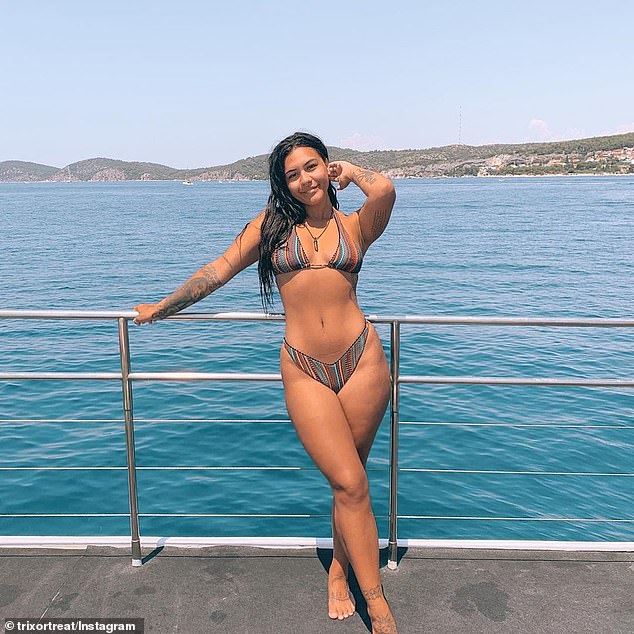 Ms Tukuafu moved back to Sydney last year from Nowra, where she moved in 2008 after her parents’ divorce

‘I always wanted to be around him.’

But just before Ms Tukuafu’s 12th birthday, in 2008, the lifestyle the four children had always known was shattered when their parents divorced.

Ms Tukuafu and her sister Elisapesi, 22, and brothers Siaosi, 20, Samiu, 18, moved with their mother 165km south to Nowra.

As the relationship breakdown continued to sour, contact between her parents ceased.

Subsequently, visitations between the children and their father Siliza Tukuafu, 52, dwindled to around once a year.

‘We would speak on the phone,’ Ms Tukuafu said.

‘I would always ask if we could see him, but my parents’ work schedules never lined up.’

Overtime, the disconnected parties began to feel as though the other did not want to be reached. 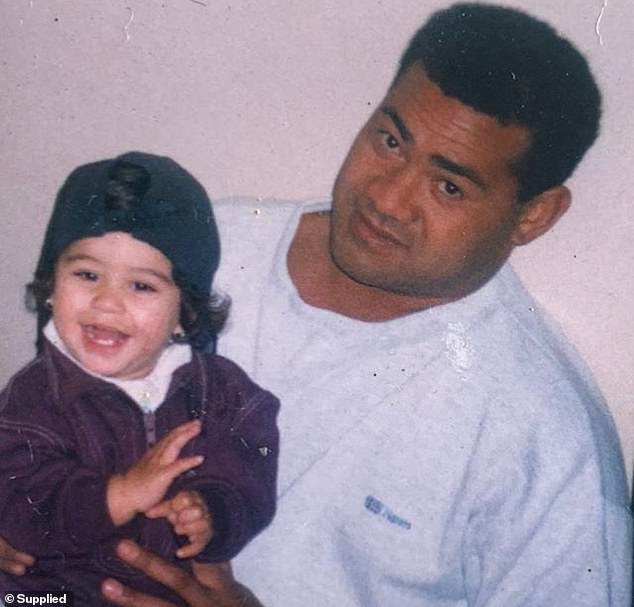 Ms Tukuafu, the oldest of four children, said she was a ‘daddy’s girl growing up in Mount Druitt, Sydney 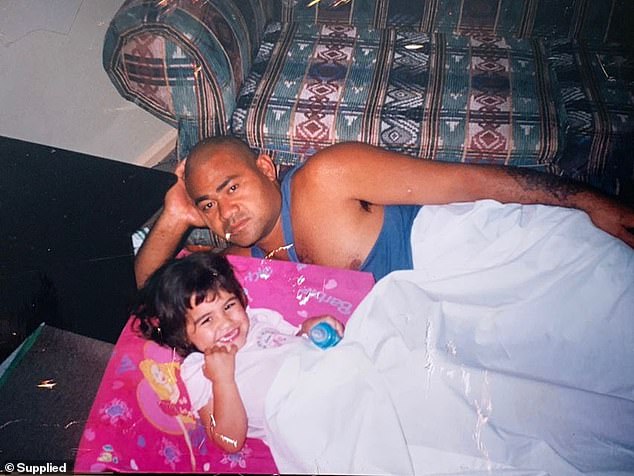 A huge fight between the former spouses when Ms Tukuafu was 18 years old, would completely sever the children’s contact with their father.

‘They had problems constantly and I guess we just became cut off due to that,’ she said.

‘Then our parents had a massive argument he changed his number. We still don’t really know what happened.

‘After that I did not see him or hear from him for years and couldn’t figure out how to find him as he didn’t have any social media. ‘

Although the years passed, Mr Tukuafu was never far from his children’s mind.

Then, in a stroke of luck Ms Tukuafu came across her long-lost father on Facebook.

‘He came us as a suggested friend and I was like surely that’s not him?’ she said.

‘I clicked on his page and saw his photos then and called my siblings straight away and told them ‘you will never want to believe who I just found’. 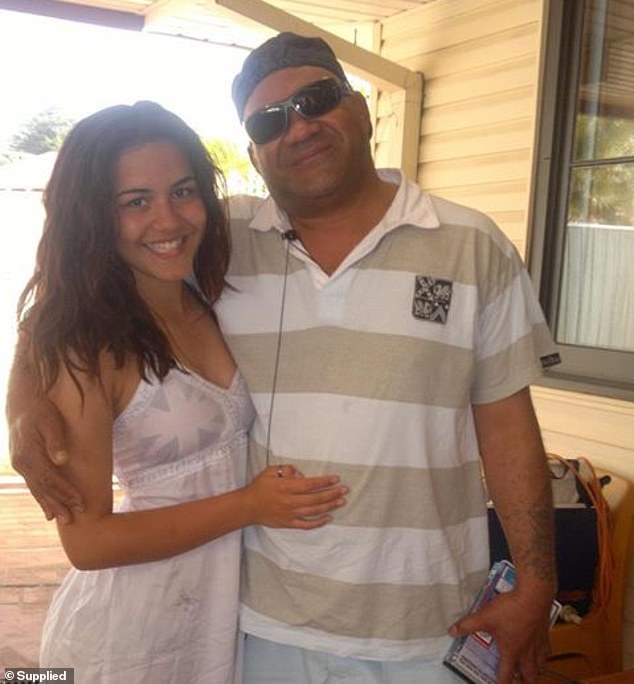 Ms Tukuafu pictured with her father Siliza, 52, during a visitation when she was 16. It was one of the last time she would see them before their five-year-long separation

Ms Tukuafu and her siblings messaged him immediately.

‘He was shocked that we tried to contact him because he was under the impression we didn’t want to see him but he was so happy to hear from us.’

‘We sent him updated pictures of us kids and began updating him on everything.’

‘Eventually I asked if he wanted to meet up and he said ‘of course!’.’

Ms Tukuafu, who moved back to Sydney last year, arranged to meet him at his Dean Park home on June 27.

The entire car ride there, her nerves made her tremble uncontrollably.

But after she stepping out of the vehicle, her fears of ‘what to say’ and’ if he really wanted to see her’ were immediately quashed.

As if no time had passed, they rushed to embrace one another, eyes brimming with tears.

‘It was extremely emotional I had to hold back tears,’ she said.

‘I could see my father also trying not to cry.

‘We stood there and hugged for a few minutes and just didn’t say anything.’

Ms Tukuafu was ushered inside and introduced to her step mother and step sister.

She was also met by other relatives she had not seen in years.

‘One of my uncles was saying a prayer.  He told me ‘you have never been far from our thoughts, and came and gave me a hug. My grandmother was there too.’

Ms Tufuaku and her father sat together for hours catching up, before she began reconnecting with her other loved ones.

Since meeting, the pair keep exchange messages every few days and are planning a time for her siblings to come see him once the coronavirus outbreak simmers down.

A TikTok story documenting the journey of rekindling their relationship has gone viral, racking up more than 5000 reactions. 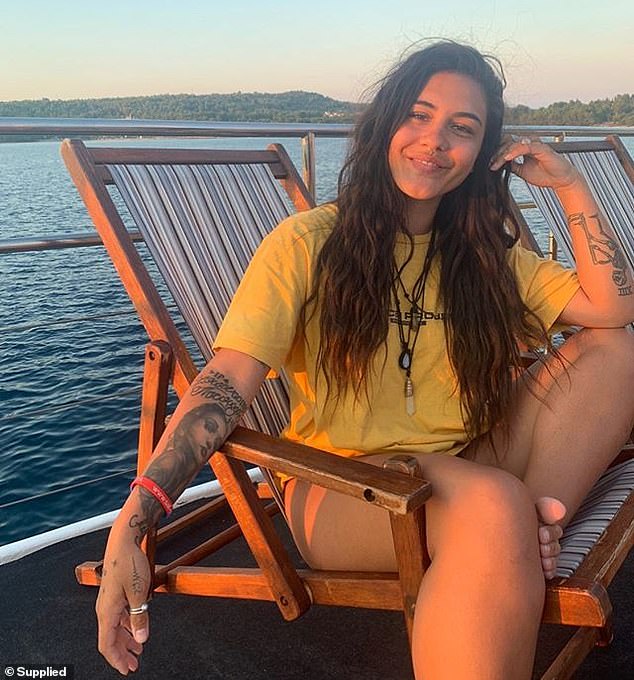 Aside from the loss of her father, Ms Tufuaku, has also reunited with the cultural connections that were also left behind due to her parents separation.

Half Tongan on her father’s side, with Italian and German maternal heritage, Ms Tufuaku said she missed the opportunity to learn more about her paternal culture.

Being home with her family, she said she was instantly taken back to her childhood.

‘I am very proud of where I come from so being disconnected from it was hard.

‘Since we left I’ve had to learn it off the internet or my friends.

‘As soon as I sat down, seeing everyone, the smell of the food – it felt like it was just yesterday.’

‘To be reconnected and learning it first hand has just been incredible.’