An unemployed father has described the incredible moment he became an overnight millionaire after snagging a Lotto win – and it came at just the right time.

The father from Pakenham in Victoria held one of the two division one winning entries drawn on Monday that amounted to $1million.

The man was completely oblivious to the fact he had become a millionaire before receiving a call from The Lott, and despite a number of ‘hardships’ in recent months was hopeful for the future.

‘This is unbelievable! What!? I just can’t believe it,’ he said when he received the call.

‘I feel like jumping up and down and screaming right now.’

The Victorian father had been struggling during recent months due to being in and out of work saying the timing couldn’t have been better.

‘I can’t explain how much this means to me. I recently was considering making tough changes in my life, but now, that doesn’t have to happen.’

The man, who was excited to tell his family and take them out for a nice lunch to celebrate, said he would pay the mortgage and do some renovations around the house with his new found fortune.

The jubilant father added that there may be some other important ways to spend part of the $1million.

‘No doubt there will be a few holidays, and I might even get myself a boat for some big fishing trips.’

The tally of The Lott’s division one winners has now reached 269 for this calendar year. 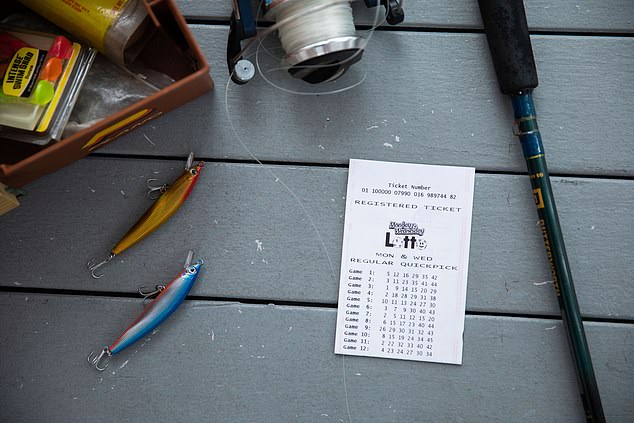 The Victorian father added that he may have to get himself a boat for some big fishing trips after being asked how he would spend his $1million Lotto prize.