It’s a scene that could be straight out of a Disney movie: A deer and a bunny snuggling on a lawn.

A woman filmed the adorable encounter in her mother’s backyard in Washington last week.

Darlene Wilbourn, of Loomis, said the two animals reminded her of the Disney characters Bambi and Thumper.

Darlene Wilbourn filmed a deer and a bunny touching noses in a backyard in Loomis, Washington 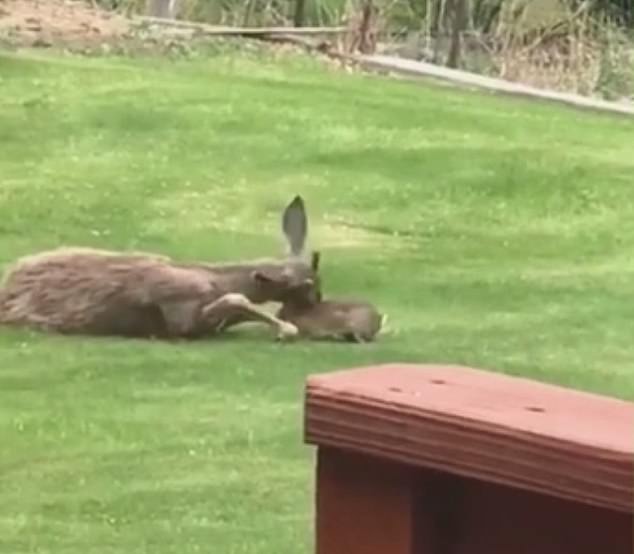 They can be seen in the video rubbing noses together as the deer lies on the lawn. The deer nuzzles the rabbit as it hops around its snout.

‘Aww look, he’s loving on him,’ Wilbourn can be heard saying in the video. 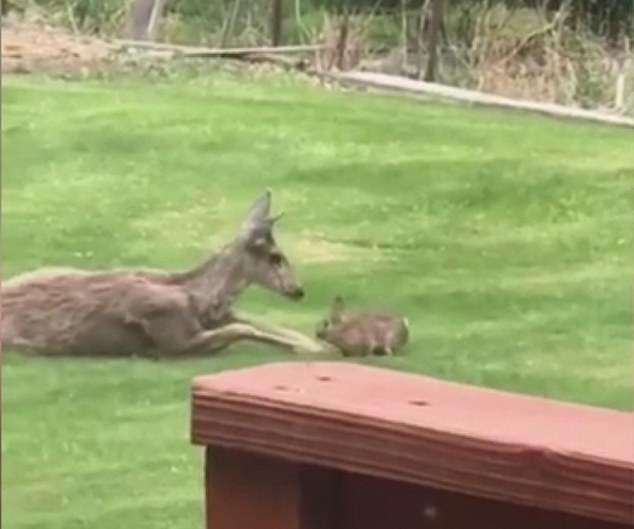 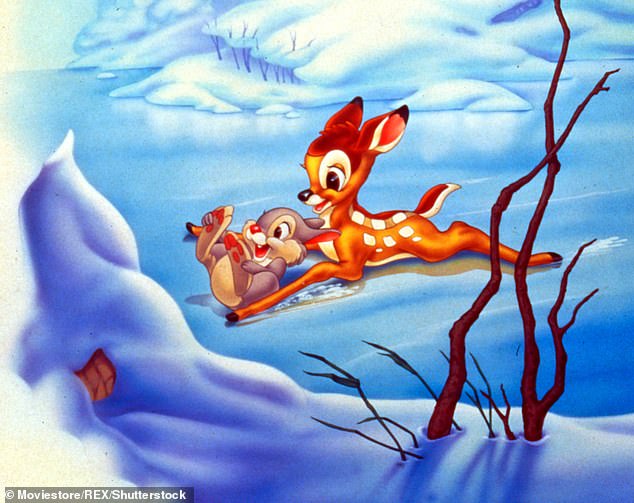 The deer is part of a small herd that seems to have accepted the floppy-eared mammal as one of their own.

Wilbourn said the rabbit has been traveling with the herd for months.

In the 1942 animated Disney film ‘Bambi’, the energetic bunny Thumper takes the fawn under his wing and teaches him tricks, including how to say ‘bird’ and ‘flower’. 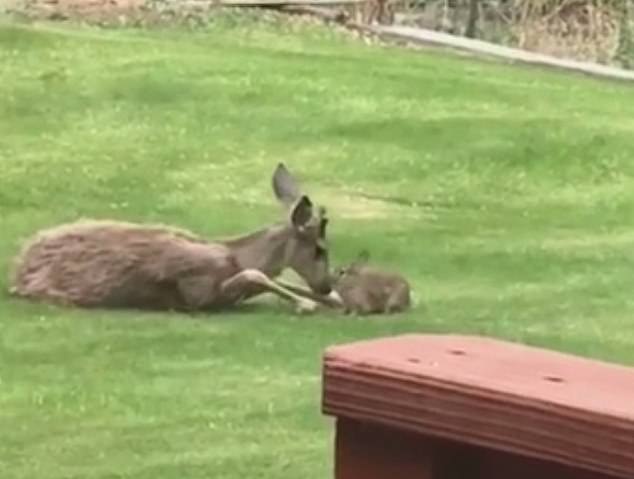 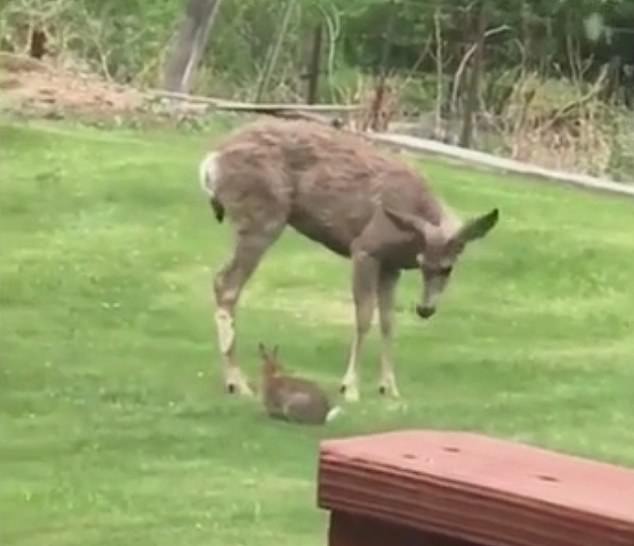