Heather Locklear will spend Christmas at home after being temporarily released from her treatment facility.

The  former Melrose Place star was admitted to rehab for an indefinite period after suffering a mental health breakdown in November.

She will now spend the holidays with her boyfriend, Chris Heisser, and adult daughter Ava Sambora, a source told People magazine.

Home for Christmas: Heather Locklear is to spend the holidays at home as she’s temporarily released from rehab following psychiatric hold; she is seen back in April 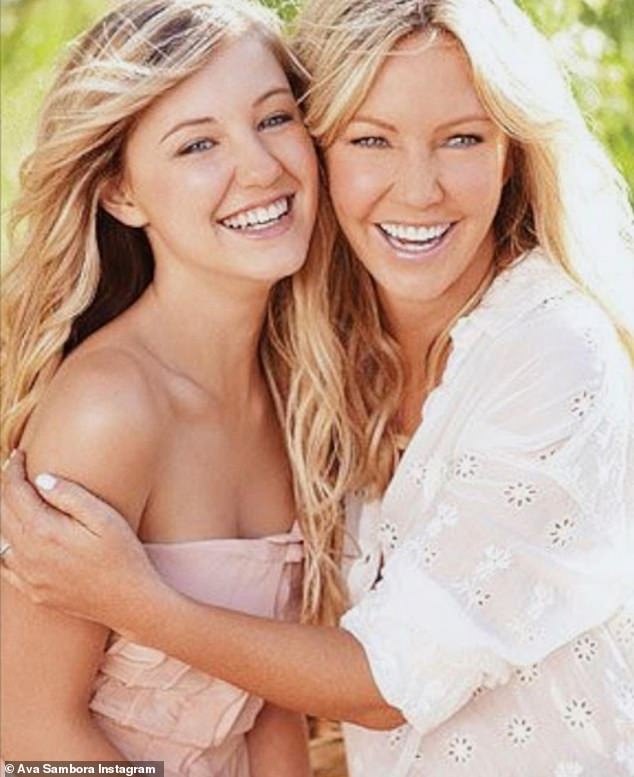 Together: Ava flew back from Hawaii to be with her mother (file picture)

‘Heather is out for a few days for the Christmas holidays,’ the source told the magazine.

The source said: ‘Heather is doing well. She’s smiling and happy to be out. She can only put her best face forward.’

The 57-year-old actress was admitted to be treated at a inpatient treatment facility for an indefinite period last month following a November 18 incident in which she was placed on a psychiatric hold. Seeking help: Locklear is pictured in a mugshot following her June 24 arrest in Ventura, Ca

The move comes after the actress, a TV staple in the 80s and 90s on programs such as T.J. Hooker, Dynasty and Melrose Place, was previously in rehab this year on two occasions.

In her latest stint, she rehabbed for a three-month period before concluding in November.

Locklear, who was in two celebrity marriages – to Motley Crue’s Tommy Lee from 1986 until 1993, and Bon Jovi’s Sambora from 1994 until 2007 – was not charged with any offenses in the most recent incident. 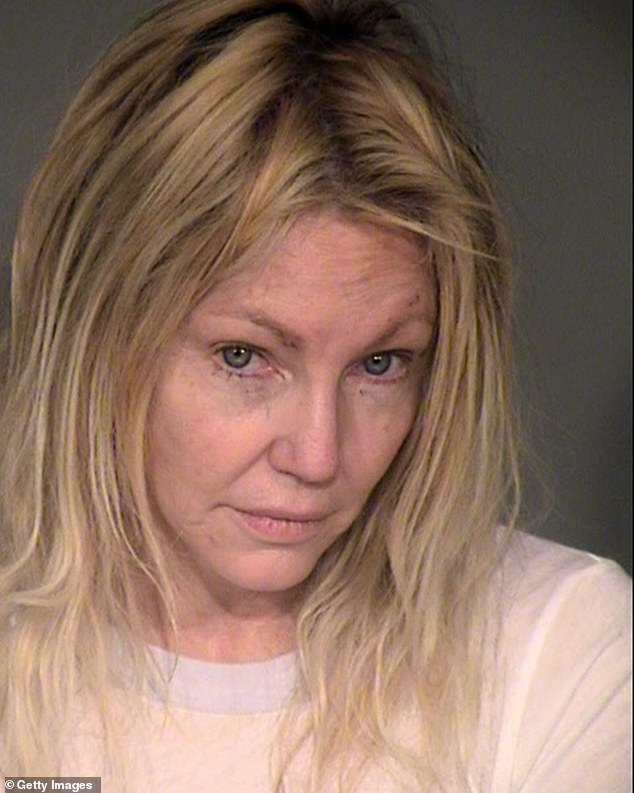 Difficult: The star was pictured in a mugshot following her February arrest in Ventura 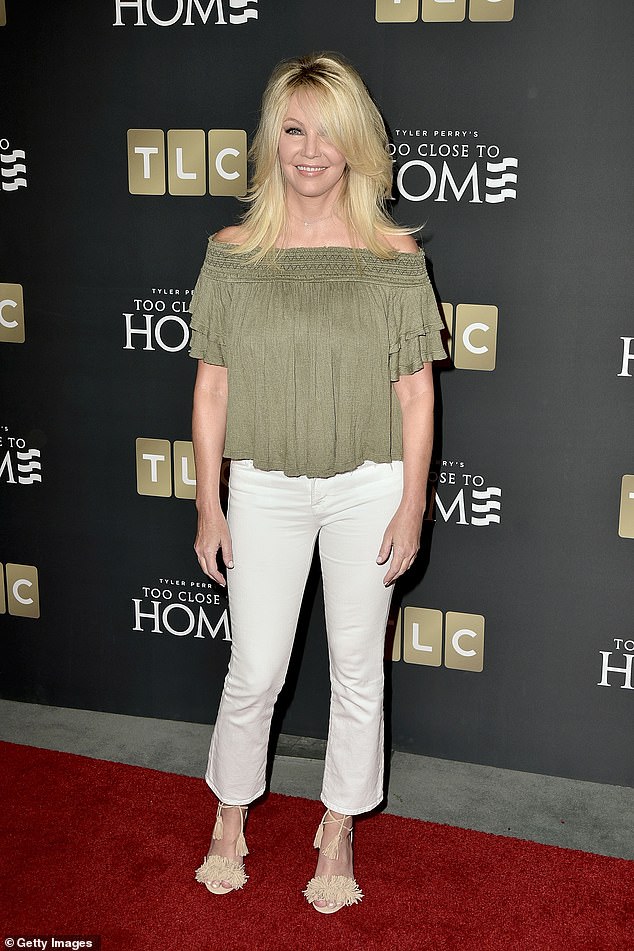 Hollywood beauty: Heather was snapped in 2016 on a red carpet in Beverly Hills

She was held based on her therapist’s recommendation, was hospitalized for a week, and then put on a psychiatric hold.

Locklear in September acknowledged her battles with substance abuse, and how she hopes to bounce back.

‘Addiction is ferocious and will try to take you down. Recovery is the best revenge,’ wrote Locklear, who’s been seen in recent years on shows such as Franklin & Bash and Too Close to Home.

She advised her followers to ‘be kind to everyone you meet, your light just might change their path.’