A heavily-tattooed man has been filmed being turned away by nightclub boss John Ibrahim – moments after boasting he was a ‘f***ing psycho’ and a ‘pitbull’ online.

Butch Haouchar uploaded a video of himself arriving at Mr Ibrahim’s Dover Heights mansion on Saturday, seeking to confront the Sydney club owner over an alleged money issue.

In a Facebook post seen by the Sydney Morning Herald, Haouchar allegedly threatened to make Ibrahim’s bodyguards ‘disappear’ – but security footage of the incident showed a different story.

Footage shows the enormous man, who has ‘execution’, ‘187’ and a grenade inked across his forehead and King Kong tattooed on his knuckles, trying to provoke a dramatic confrontation.

‘John, Habib, it’s me, Butch,’ he shouts before walking over to ring the doorbell.

‘Let’s see if he answers…come on, John.

The heavily-tattooed man, who has ‘execution’ and ‘187’ inked across his forehead, shared a video of himself on Facebook shouting outside John Ibrahim’s house 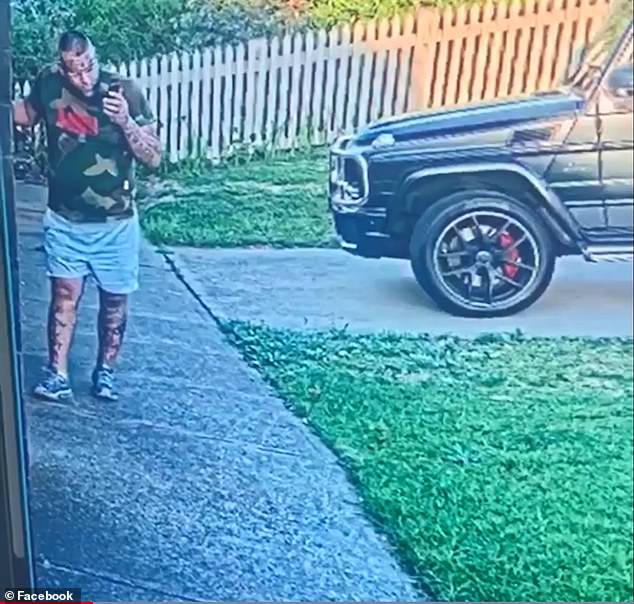 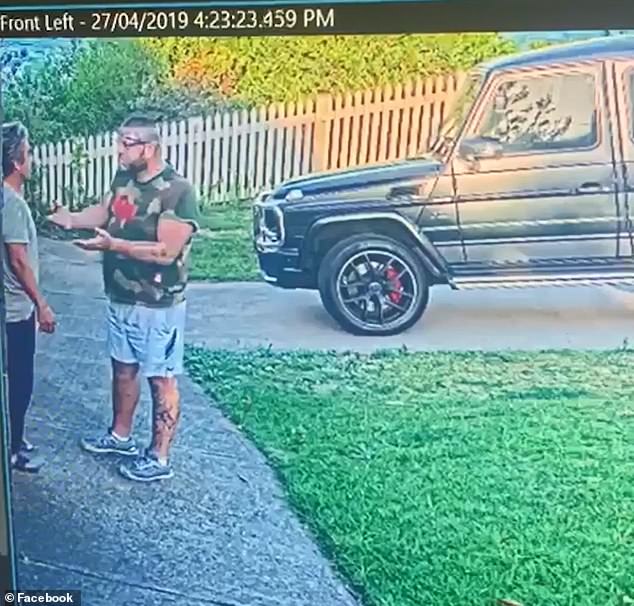 Haouchar is seen approaching the 48-year-old, greeting him by extending his hand, which Ibrahim swats away (pictured)

But when Ibrahim finally comes to the door, Haouchar stops recording.

Footage of what happened next, however, was later shared by Ibrahim who captured the moment on his home security camera.

Haouchar is seen approaching the 48-year-old, greeting him with an extended hand which Ibrahim swats away.

During the confrontation, which is not audible, Ibrahim seems calm and collected while speaking to Haouchar in tracksuit pants and sandals.

Seconds later, Haouchar appears to be dismissed and is seen walking away quietly. 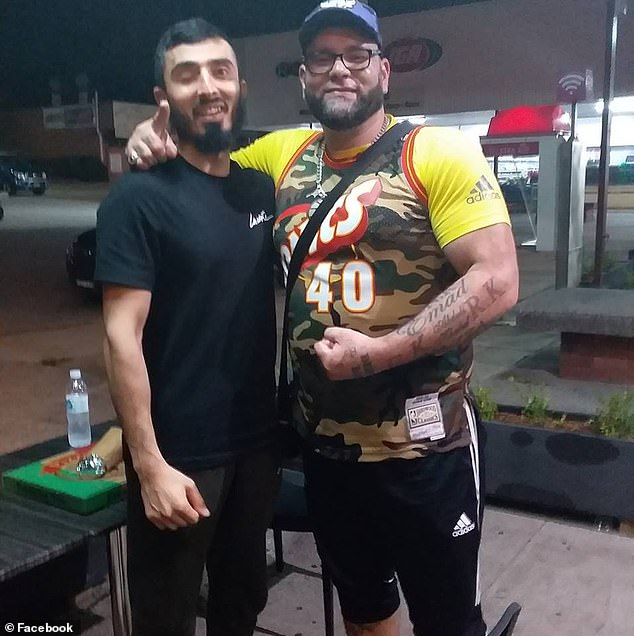 Osman (left, who lost his eye in a drive-by shooting) and Butch (right) Haouchar are not related, according to sources close to the Haouchar family 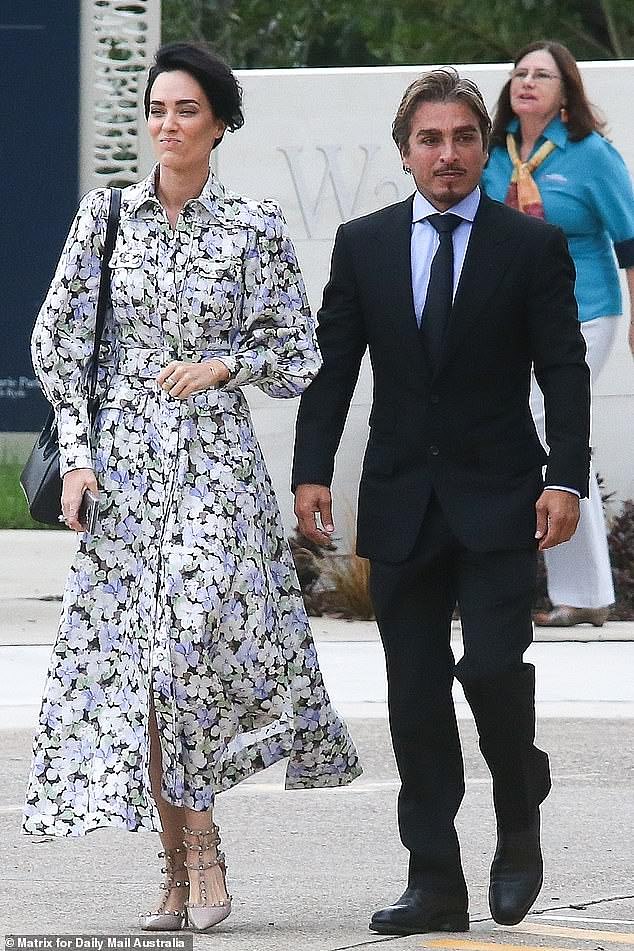 Although it is not clear what the tiff was about, the Haouchar and Ibrahim families are known to have a history of bad blood between them.

Osman Haouchar lost his right eye during a drive-by outside his family’s Merrylands home in 2008.

His brother Bilal was later filmed in jail threatening revenge on the Ibrahim family.

But according to sources close to the Haouchar family who spoke to the Sydney Morning Herald, Butch and Osman are not directly related.

Michael Ibrahim, who served six years behind bars for manslaughter, was shot in the shoulder in 2015, months after his release.

That year, Australian Federal Police later detained Osman at Sydney Airport to question him over the shooting, but he was released without charge hours later.

Michael was later arrested in 2017 for drug and money laundering charges to which he will be sentenced for later this year.

There is no suggestion that John Ibrahim was involved in the shooting of Osman or any of the activities of Michael Ibrahim as referred to. 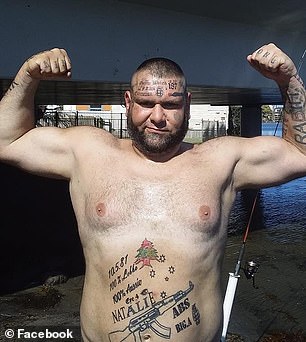 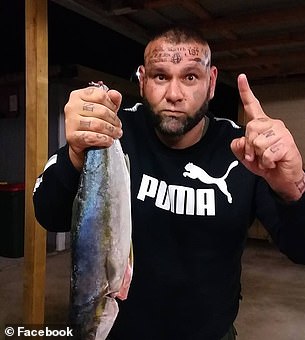 Although it is not clear why he was seeking anything from the nightlife mogul, the Haouchar and Ibrahim families have a history of bad blood between them