A heavily tattooed white supremacist who set fire to a church is in trouble with police after shaving his beard.

Ricky White, 28, from Ingleburn in south-west Sydney, is one of the few criminals in New South Wales who are closely monitored under strict anti-terrorism legislation.

White, who burned down a Pentecostal church in 2016, is under an order that prevents him from taking any action without notifying his law enforcement minders.

This extended supervision order prevents him from altering his appearance in any way without first telling police.

Ricky White (pictured), 28, from Ingleburn in south-west Sydney, was arrested on Thursday after allegedly violating his extended supervision order by shaving his beard 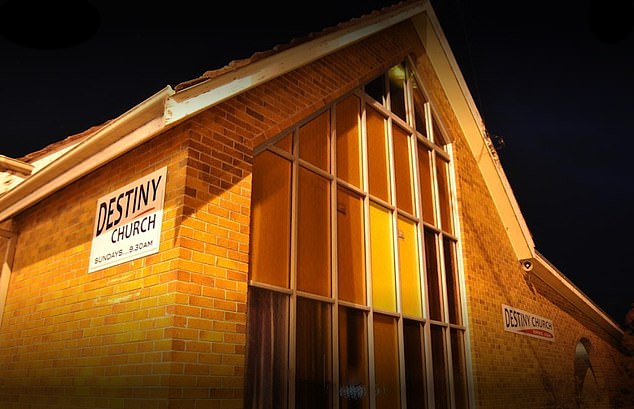 NSW Police officers visited White’s home for a routine check on Thursday and allegedly discovered the 28-year-old had violated his order, The Daily Telegraph reported.

White was allegedly found to have shaved off his bushy red beard and was then arrested as a result.

He was charged with breaching an extended supervision order.

White was refused bail and set to appear in Campbelltown Local Court on August 4.

The 28-year-old was convicted of setting fire to the Destiny Church in Taree on the New South Coast mid-north coast in September 2016.

Emergency services were called to the Pentecostal church following reports of a fire inside the building. 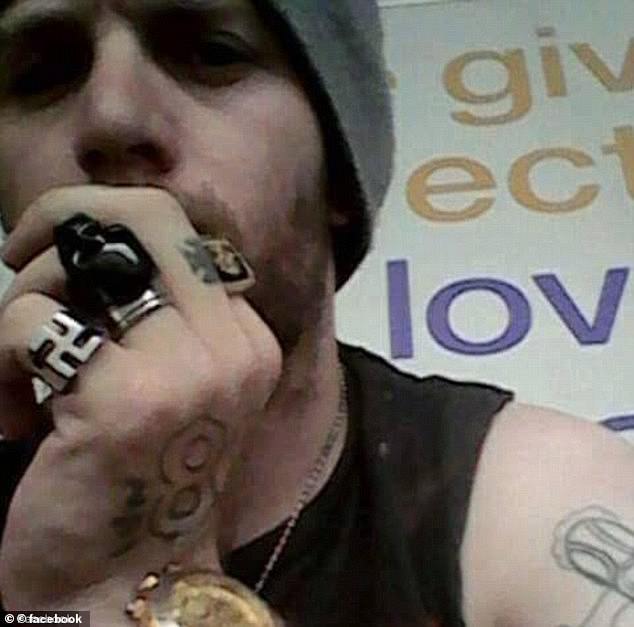 Pictured: Facebook photos of the 28-year-old show him wearing a swastika ring 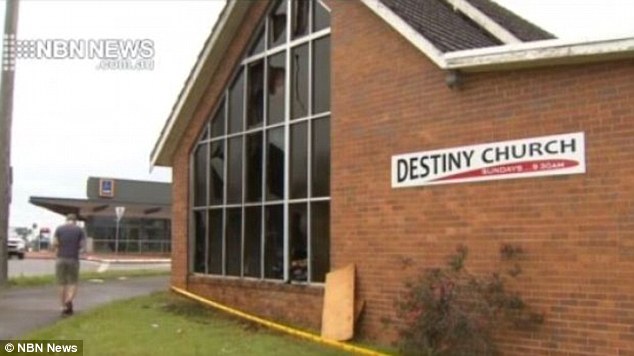 White is believed to be a high ranking member of the Wotansvolk in Australia.

Photographs of White on Facebook show him wearing a swastika ring and an ’88’ tattoo, which is believed to be the neo-Nazis symbol for saluting Hitler.

Senior pastor Kevin Matters said that it was ‘quite surprising’ that someone would attack their church.

‘We had a couple of smashed windows a few months ago but we have no idea why they were deliberately broken in then either,’ he said. 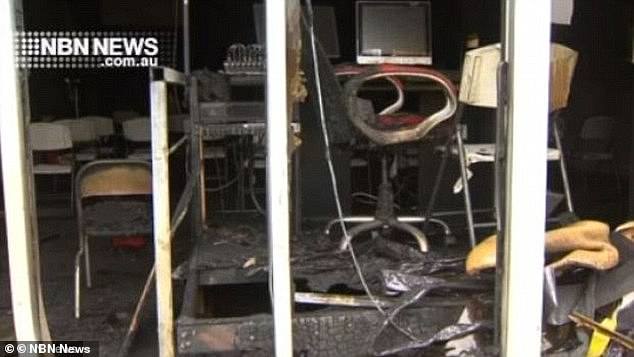 The church sustained significant smoke and fire damage (pictured) worth $200,000