‘We do not want to waste this opportunity’: Hector Herrera eyes history as Porto aim to upset Liverpool in Champions League quarter-final

Porto are capable of overturning their 2-0 deficit against Liverpool in the Champions League quarter-final second last according to the returning Hector Herrera.

The Mexican missed the first leg at Anfield through suspension, with Naby Keita and Roberto Firmino handing the hosts a comfortable lead.

Herrera is also insistent his side do not want revenge after suffering a 5-0 defeat at home to the Premier League club in last season’s Champions League last-16.

‘There is no desire for revenge. Last year’s result is in the past,’ Herrera said. ‘We have a great opportunity to continue to make history and we do not want to waste this opportunity.

‘They have the advantage, but I believe in the ability we have as players and as a team.

‘I am very confident and I believe we can get a good result and keep our Champions League dream alive.’

Helping Porto on Wednesday will be the return from suspension of central defender Pepe, who also has the experience of having won three Champions League titles with Real Madrid alongside current team-mate Iker Casillas.

With the Spanish World Cup winner in goal, Porto won their first Portuguese title in five years in 2018,

Casillas didn’t play in last years 5-0 rout, with Jose Sa preferred in goal, and the demoralizing home defeat started with a mistake by the goalkeeper. 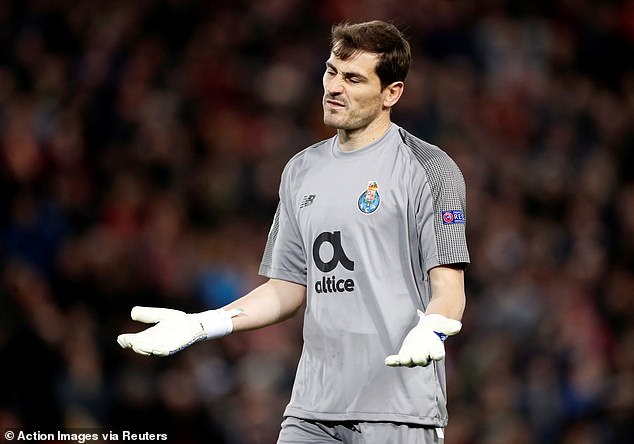 Porto are playing in the Champions League quarter-finals for the first time since 2014-15.

The club have not reached the semi-final since winning the tournament under Jose Mourinho in 2004.

Porto coach Sergio Conceicao also reinforced the need for his side to show an improvement in all aspects of their game.

‘We have a two-goal deficit to make up against a very strong team that is quick on the break,’ Conceicao said Tuesday.

‘Getting the attacking balance right is fundamental. We have to work for defensive organization and we are 100 percent focused and aware of what our opponents are doing.’ 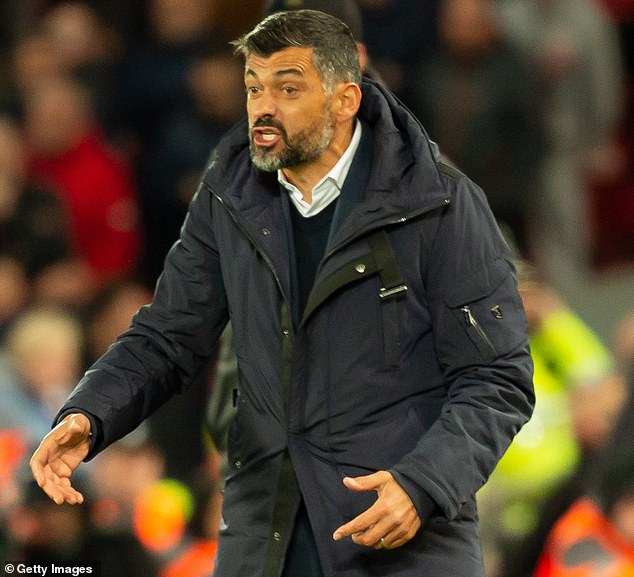