A freak injury forced a football match to be abandoned when a player’s leg was slashed open by the corner flag.

Harry Noon, a midfielder for Heidelberg United, was severely hurt when part of the flag stuck into his leg as he went in for a challenge to recover the ball.

The derby clash against South Melbourne in the Victorian National Premier League on Saturday was called off after the accident 14 minutes into the match.

Paramedics and club doctors treated 24-year-old Noon on the side of the pitch for around 20 minutes before the match was abandoned with the score 0-0.

He now faces an anxious wait to find out the extent of the damage caused. 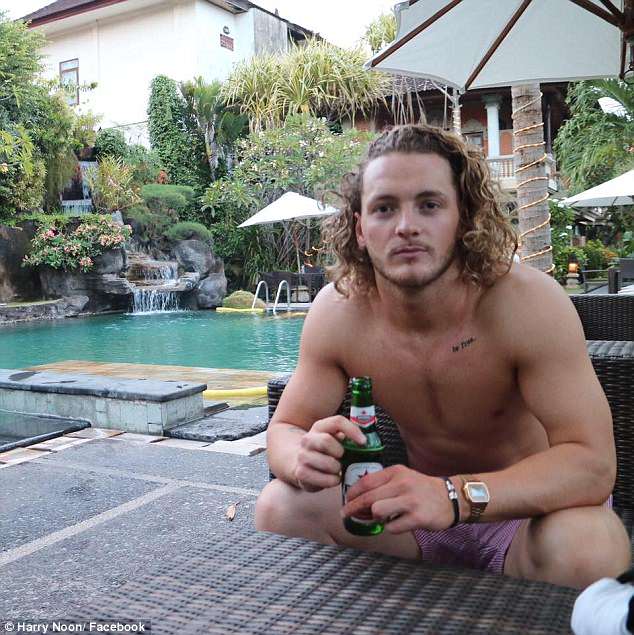 Harry Noon, 24, who is originally from the UK, was rushed to hospital but has avoided serious tendon damage

‘As Harry landed on the pole it snapped and some plastic cut open his leg badly.

‘His family are fine. Just concerned of course.’

Spectators said the ‘one in a million’ incident happened as he went to clear the ball from the corner of the pitch but collided with the flag which then snapped.

The blood loss was reportedly so severe Noon, who is originally from the UK, collapsed after suffering a gash in his leg.

Play was suspended while the ambulance arrived and was later abandoned by the referee. 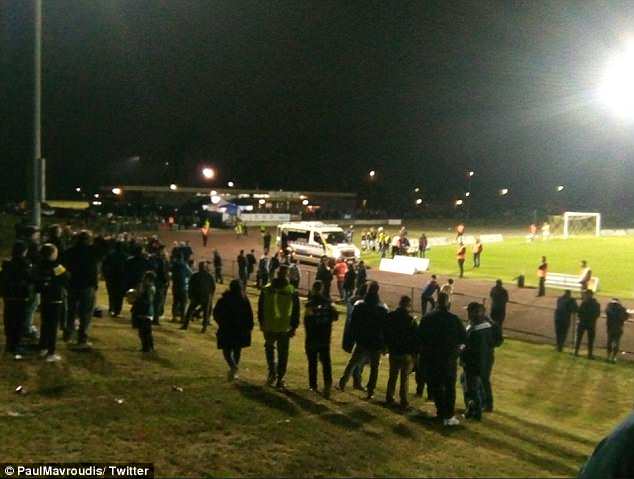 Noon was then taken to Austin Hospital, less than 10 minutes away from the ground in a serious condition.

He has made six appearances for Heidelberg United this season since joining the club in 2016 and playing 64 matches.

In a statement to fans on its Facebook page on Saturday night, the club said: ‘To one of our favourite sons Harry Noon, our thoughts are with you and wishing you a speedy recovery from your Heidelberg United family. Get well soon champ!’

A spokesman for Ambulance Victoria told Daily Mail Australia: ‘Ambulance Victoria paramedics were called to the main soccer pitch in Catalina St, Heidelberg West at 7.25pm last night where a man in his 20s had suffered a lower leg injury.

‘The patient was transported to the Austin hospital in a serious but stable condition.’