By Kate Durocher For Dailymail.com

Heidi Klum has been secretly wed to her boyfriend, Tom Kaulitz, for the past five months,

According to public documents found by TMZ, the supermodel, 46, married the rock star, 29, in February but did not share the news with her fans.

They met in March 2018 and he proposed soon after.

Plot twist: After meeting in March of last year, rumor has it that Heidi Klum, 46, has already secretly wed her boyfriend, Tom Kaulitz, 29, according to reports by TMZ on Thursday 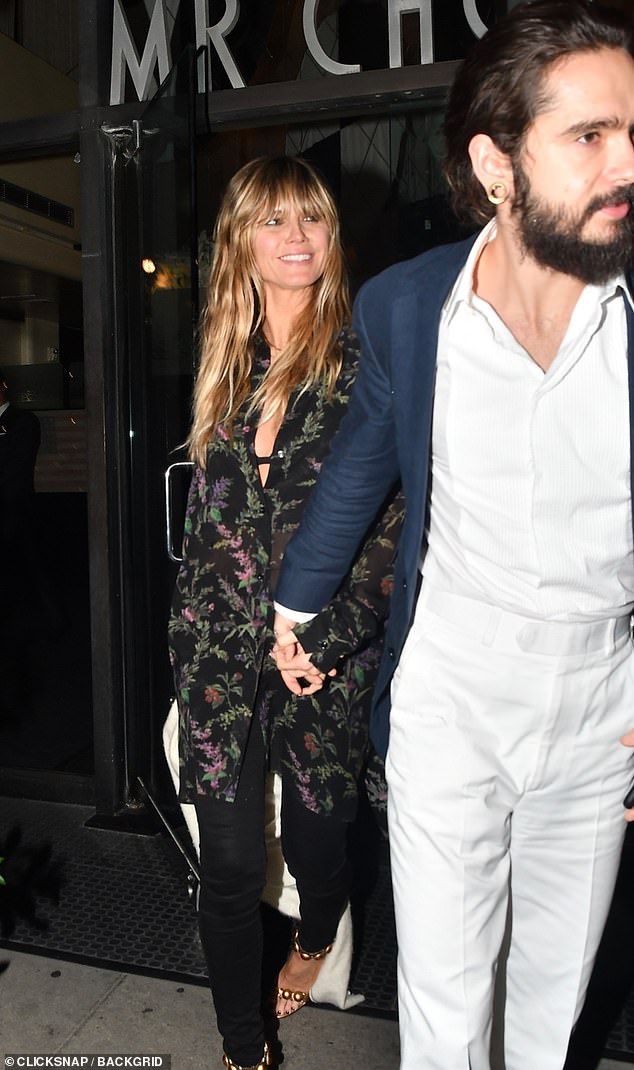 Here come the bride and groom: The married couple looked happy as they left Mr Chow in Beverly Hills on February 22, the day they wed 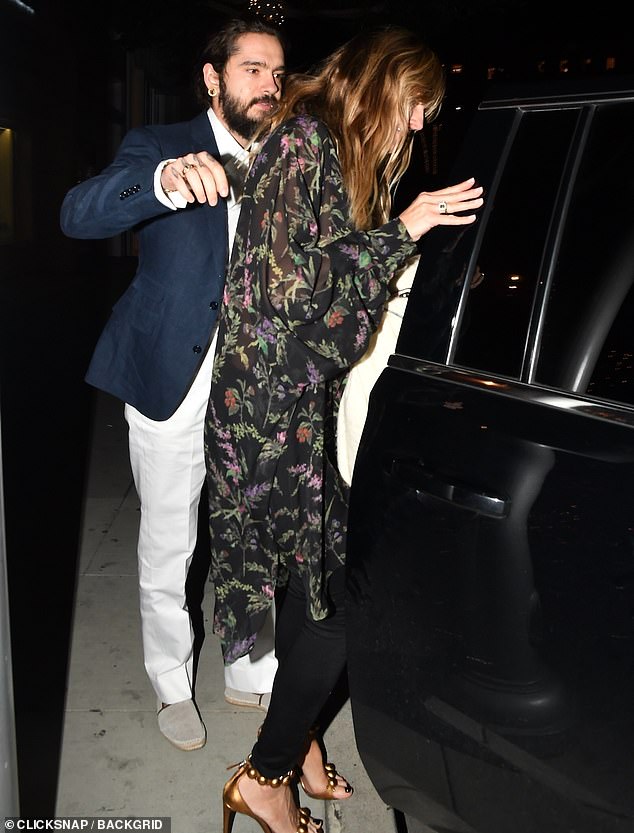 Wedded bliss: Their wedding dinner was Chinese and the groom wore white

What’s more, sources close to the couple also confirmed the pair have already said their ‘I dos’ up to five months ago, shortly following their engagement.

Heidi and Tom, who had claimed to be planning a big wedding, were seen leaving a dinner date at Mr Chow on February 22 and according to the tabloid, that was actually the night they made their love story official.

The supposed newlyweds met on the set of Germany’s Next Top Model in 2018, which the Sports Illustrated model hosted from 2006 to 2017. 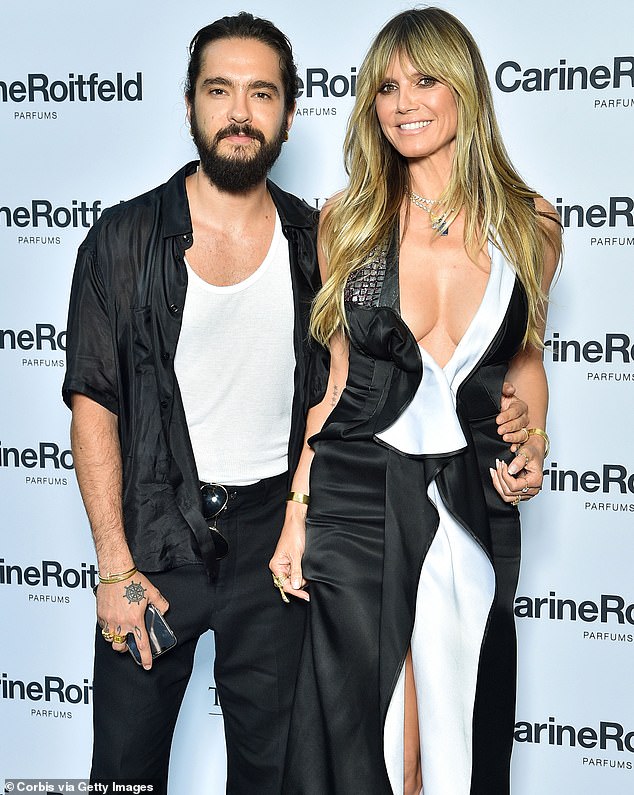 Cute: The supposed newlyweds met on the set of Germany’s Next Top Model in 2018, which the Sports Illustrated model hosted from 2006 to 2017

They then made their first public debut at the Cannes amfAR Gala in May 2018.

Heidi confirmed her engagement to the Tokyo Hotel musician on Instagram writing, ‘I SAID YES.’

The German-born beauty told Closer magazine, that her children – Helene, 15, Henry, 14, Johan, 12 and Lou, nine, couldn’t wait for the two to be married. 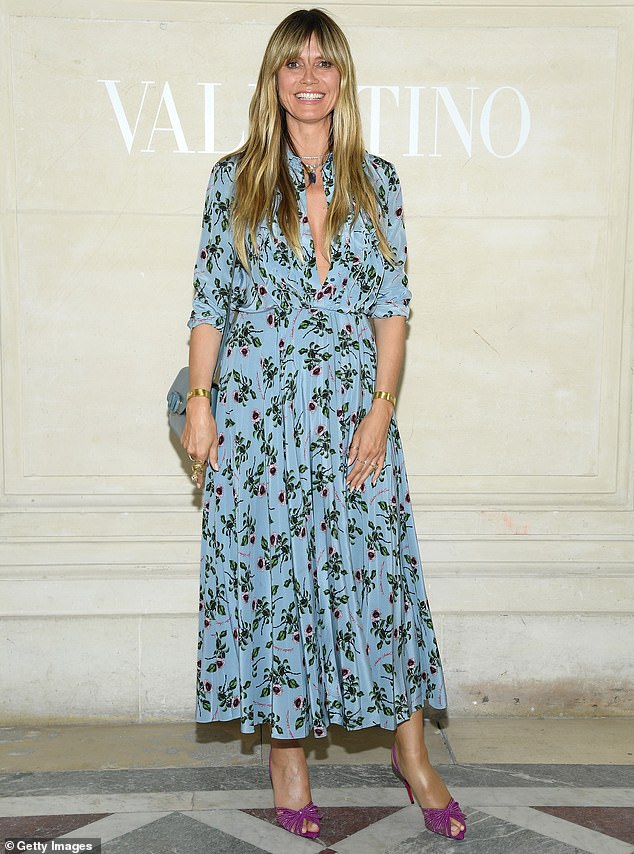 Wedding ring: Heidi has been wearing a ring on her wedding finger for months; seen here on July 3 in Paris 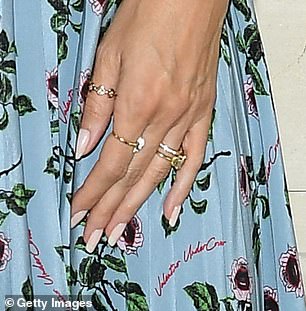 ‘The kids adore Tom. They can’t wait for the wedding! They’ll be very involved in it all.’ Klum gushed.

Heidi shares her eldest daughter, Helene, 15, with her ex partner Flavio Briatore, who she split from soon after announcing her pregnancy.

While she shares her three other children with ex husband Seal, who she married in 2004 before the pair finalized their divorce in 2014.

As for the guitarist, he has no kids of his own.

He was, however, married to Ria Sommerfeld from 2015 to 2018, right before meeting Heidi. 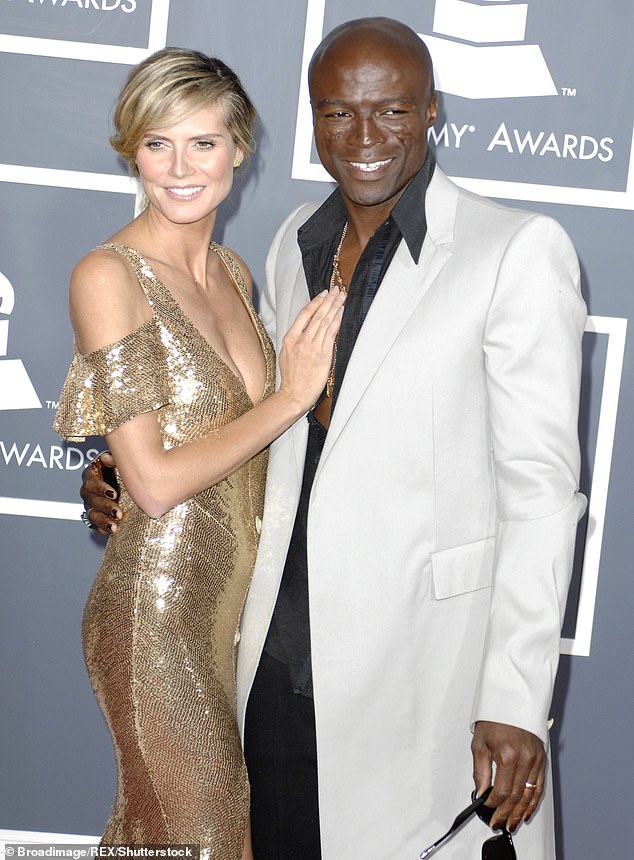 Throwback: Heidi shares her three youngest children with ex husband Seal, who she married in 2004 before the pair finalized their divorce in 2014. Pictured in 2011