Cree speakers are getting a big laugh out of Mayochup, an unfortunately-named Heinz condiment, which was recently launched in Canada.

It turns out that Mayochup — a combination of mayonnaise and ketchup in one handy bottle — means ‘s**tfaced’ or ‘s**t is on my face’ when translated into certain Cree dialects, the National Post reported.

The condiment’s unfortunate translation was flagged by Grand Chief Jonathan Solomon of the Mushkegowuk council in Northern Ontario, Canada, who sent CBC radio host Waubgeshig Rice a picture of a Mayochup bottle and noted, ‘This new sandwich spread whatever it is. They called it Mayochup, in Cree it means S**tface, lol.’ 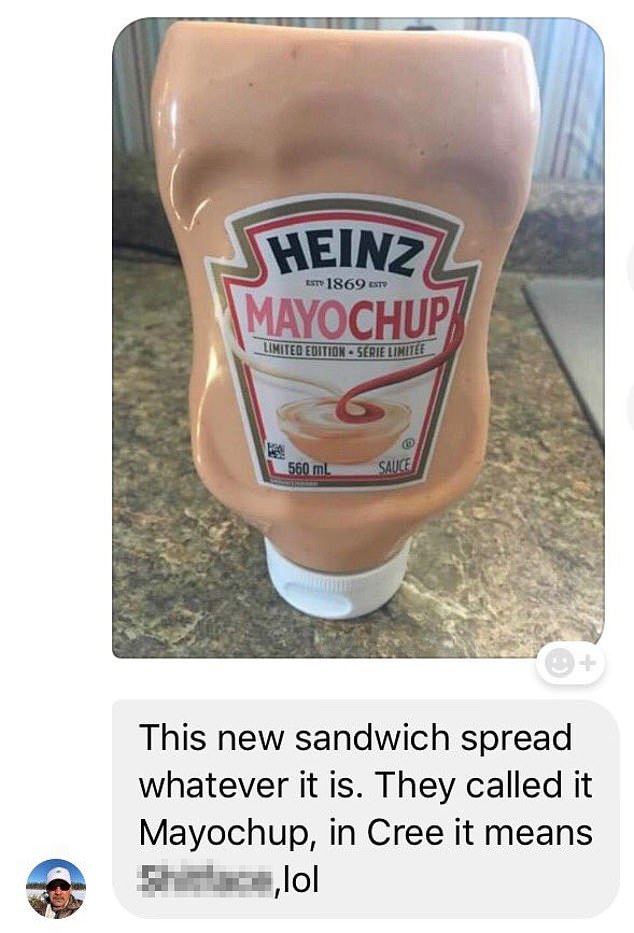 It was revealed that ‘Mayochup,’ translated into Cree, means ‘s**tface’ or ‘s**t is on my face’ 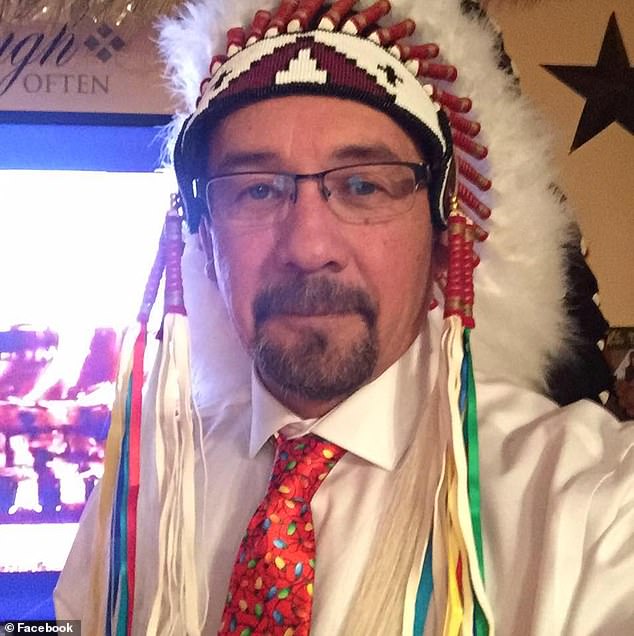 The humorous, if unintended, translation was flagged by Grand Chief Jonathan Solomon of the Mushkegowuk council in Northern Ontario, Canada

Rice dutifully tweeted out the factoid to his followers, creating a mini viral sensation which also produced some helpful translation confirmation and obligatory jokes.

‘That would be interesting going out for a few drinks, and someone says, “Let’s get Mayochuped!”‘ tweeted @KrimsonGray.

Solomon told the National Post in an email that ‘We the Cree people are laughing about it because of what it means in our language.’ 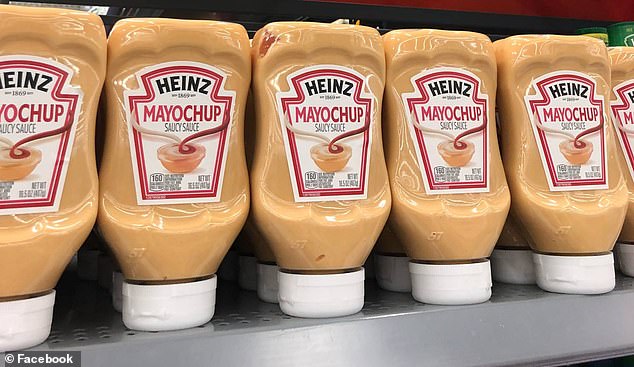 ‘It’s kinda funny when you think about it,’ he added. ‘If I ate it and have some on my face, than I [am] Mayuchup/Shitface.’

Cree Literacy Network director Arden Ogg told the newspaper that although there is some variation based on dialect, the word ‘mayo’ sounds very similar to the the word ‘mêyi,’ which means ‘excrement’ in Cree.

‘Certainly the first part refers to excrement or feces, all across the Cree language continuum, which is going to get uproarious laughter,’ Ogg said.

The Cree are said to be one of the biggest First Nations groups in North America, with the highest number of Cree-speakers living in Canada.

The indigenous language and its regional dialects is believed to be spoken by more than 96,500 people.