The owner of a jewelry store in California managed to stopped would-be burglars who hit him with a sledgehammer as he fended them off, according to local authorities.

Santa Monica Police say that the attempted robbery occurred at 2.35pm Thursday at the Heist Jewelry store in Santa Monica.

Surveillance video shows the owner situated behind a counter as a masked assailants rushes in and breaks a jewelry display.

Santa Monica Police say that the attempted robbery occurred at 2.35pm Thursday at the Heist Jewelry store in Santa Monica

But before the suspect is able to take anything from the store, the owner launches at him and snatches off his disguise.

As he is fighting a second suspect who also has a sledgehammer, the first can be seen trying to flee from the scene as his disguise is lost.

The owner runs after the two suspects and manages to secure his store and take some of their possessions.

According to the store’s manager, the group didn’t actually steal anything from the store. 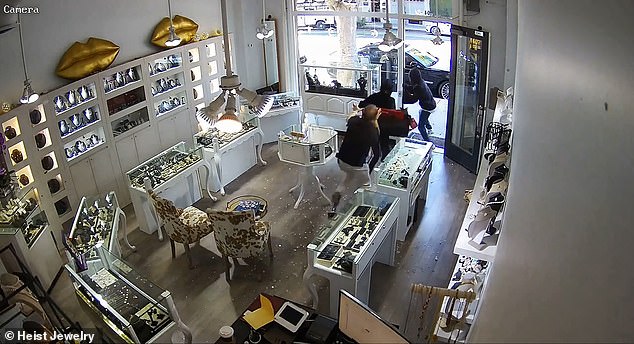 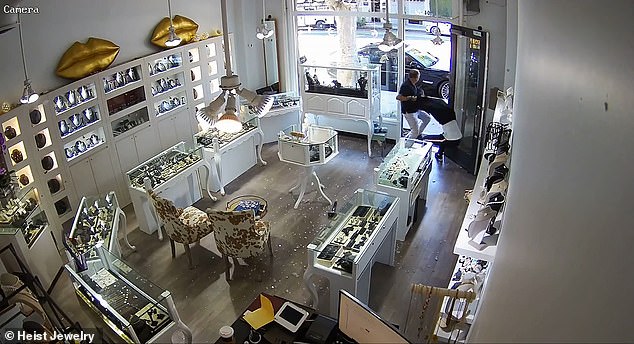 Owner even managers to pull one of the assailant’s hoodie off, revealing his identity

‘They took nothing,’ the manager explained to KCAL. ‘They didn’t get anything. We heisted them, they didn’t heist us.’

The two suspects got away in a vehicle but police later found it and apprehended three people.

‘They were caught because a guy outside in the Tesla, who is a customer of ours, saw them running up the street so he followed their car and was on the phone with the police the entire time,’ the manager added. 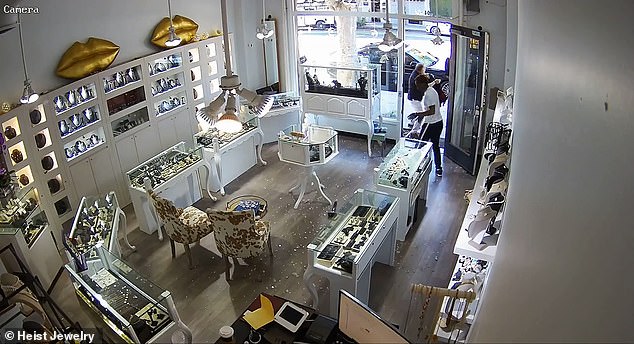 Three of the suspects were said to be minors 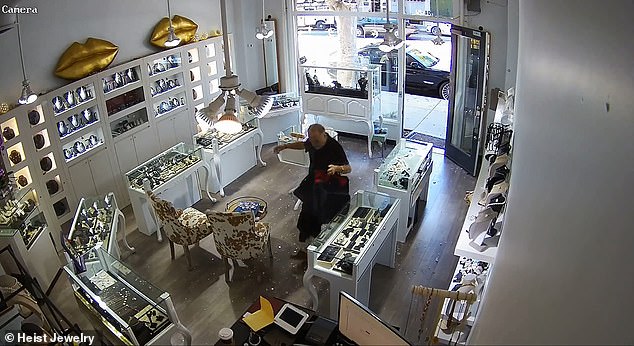 Another suspect is said to have not made it to the getaway car. He was also apprehended.

All were booked for robbery and assault but three of the four arrested were minors.

According to KTLA, all four were also booked on suspicion of conspiracy to commit a crime.

The owner only suffered minor injuries and is said to be in stable condition.