Peaky Blinders star Helen McCrory, 50, says she wouldn’t want her children to watch her in any of the raunchy scenes she’s filmed for the forthcoming series.

‘The sex scenes tend to be quite fun to film, as it’s all part of acting, but I would cringe if my kids were ever to watch them,’ she tells me at the British Film Institute TV preview of series five.

‘Luckily, Peaky Blinders isn’t suitable for any child to watch.’

McCrory who has a daughter, Manon, 12, and son Gulliver, 11, with Homeland and Billions star Damian Lewis, reveals the secret to their 12-year marriage.

‘Being kind to one another is the key thing to making it last,’ she says.

‘I’m kind to a fault, and it’s the recipe for our success’. 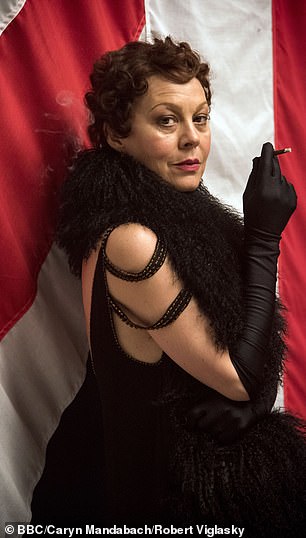 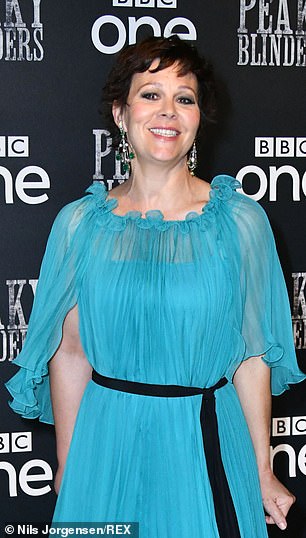 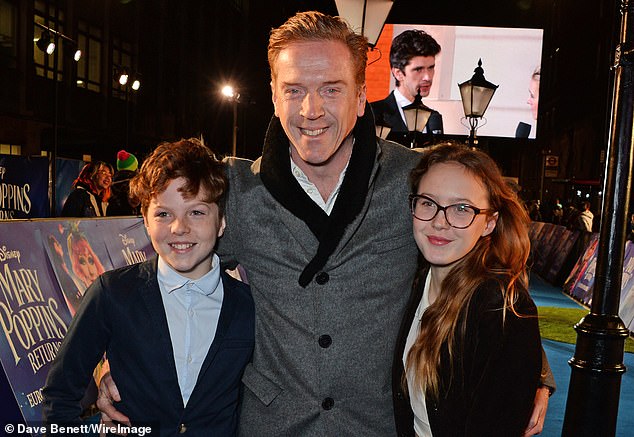 Damian Lewis with the couple’s children Gulliver and Manon at the European Premiere of Mary Poppins Returns at Royal Albert Hall on in December, 2018

As Boris Johnson settles into Downing Street, his Old Etonian status has been virulently denounced by a most unexpected critic.

The younger Sheffield launches a blistering attack on all public schools beneath a photograph of the new Prime Minister. ‘These unmeritocratic institutions must be dismantled if the UK is to move forward and call itself a truly pluralist, liberal democracy,’ argues Sheffield, who did not follow his father to Eton but went to its ancient rival, Harrow. He alleges that the only things the £39,000-a-year school taught him were ‘entitlement, hate and abuse’.

‘How can this still be going on in this country?’ asks Robert, who used to work at auction house Christie’s before establishing his own art agency.

He then urges his followers on social media to watch all the abuse he gets which, he says, will come from Old Etonian and Old Harrovian ‘friends’ who ‘never dare challenge themselves but want to preserve the inadequate status quo for their own benefit’.

Sheffield, 34, the only son from Sir Reginald’s second marriage — to Victoria Walker — declines to elaborate.

Nor does he explain why he remained silent during the premiership of David Cameron, whose wife, Samantha, is Sheffield’s half-sister — elder daughter of Sir Reginald’s first marriage to Annabel Jones, who is now married to Viscount Astor.

He has pronounced that it is ‘totally OK for a man to wear eyeliner at dinner’ and has been known to dress in drag.

But he hasn’t entirely bidden farewell to the status quo: he remains a director, with his parents, of Normanby Farms Ltd, the firm which oversees the family’s 3,000-acre Lincolnshire estate which he will one day inherit. 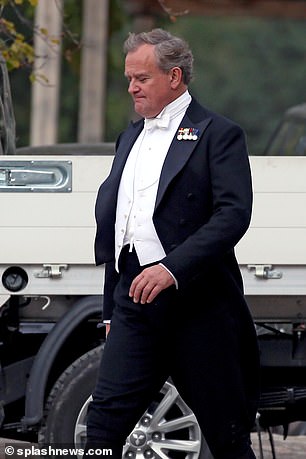 Hugh Bonneville as the Earl of Grantham in Downton Abbey

Hugh’s not Abbey with his grub…

AS the Earl of Grantham in Downton Abbey, Hugh Bonneville is used to being served the best grub.

But the actor has grumbles about the catering on the set of the movie, which he’d hoped would be an improvement on the TV series.

‘I was looking forward to craft services and all that,’ he says, referring to the catering done for the cast, crew and extras working for film companies.

‘But we just got the same: McVitie’s biscuits and sandwiches. In fact, the only time we had craft services were on the two days when the American executives came to visit the set. We were offered smoothies and all that stuff.’ What would Downton cook Mrs Patmore say? 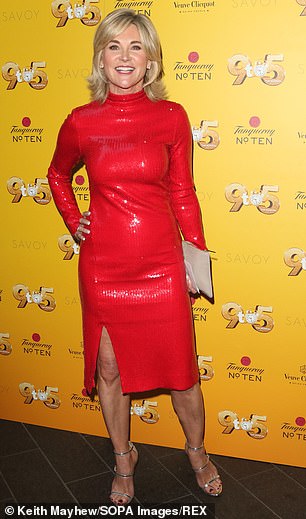 ‘It’s a frightening thought, but you need to ask: “Is this mutton dressed as lamb?” ’ the 59-year-old says. ‘I think the best thing you can do is do what I did recently and have an age clear-out of your wardrobe. Recruit an assistant who knows you really well — maybe a daughter or a younger friend. Thankfully, my stepdaughter Claudia was only too happy to help.

‘In the end, we had a big pile of clothes, some of which she ended up with. But you know what? We were both happy. I felt relieved, like: “I don’t need to worry whether that skirt is too short for me.” ’ 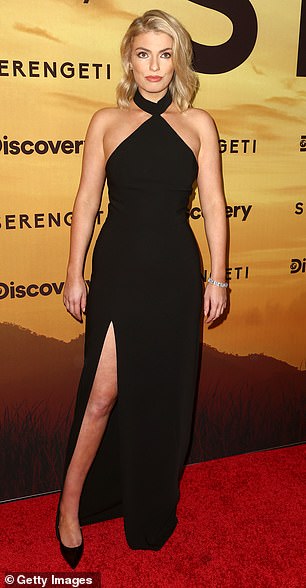 The 29-year-old, whose father is film producer Uri Fruchtmann, sang with the Hollywood Symphony Orchestra at the LA premiere of wildlife series Serengeti, which airs tonight on BBC One.

‘It was a magical event,’ she tells me.

‘I love being part of a show which explores the stories of the animal kingdom — there is some heart-wrenching drama in there.’

Mum, below with Lola, was nowhere to be seen, which is perhaps no coincidence as her daughter wants to make it in her own right.

NEVER mind dressing-room demands, it seems all Sir Ian McKellen wants backstage is a bit of kip. When he was playing Lear last year in the West End he brought in a bed to rest between shows. Hayley Atwell, who has just finished a run of Ibsen’s Rosmersholm at the Duke of York Theatre, reveals he donated it to the venue, which she made good use of herself. ‘I’m really grateful because I got to nap. It’s so cute,’ she says.

Although House Of Cards star Kevin Spacey has fallen from grace amid allegations of sexual assault and harassment, not everyone gives him a wide berth.

The actor was visiting tailor Huntsman in Savile Row this week with a friend shopping for some new made-to-measure duds. Who should walk in but businessman Gerald Ratner, who was so awed to be in the presence of a Hollywood star he asked Spacey to pose for a selfie with him.

‘A very charming man,’ was Ratner’s verdict. Ratner, of course, knows whereof he speaks as he once famously denigrated his own company’s products as ‘total crap’. 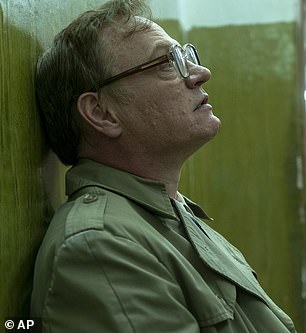 Jared Harris in a scene from Chernobyl

Mad Men star Jared Harris, whose marriage to Silent Witness actress Emilia Fox lasted just four years, says his legendary hell-raising dad Richard Harris passed on some invaluable advice. ‘Something my father always encouraged us to do was to embrace the madness,’ he says. ‘He said that once you accept that the world is mad, then you’ll actually enjoy the experience of being alive. And he certainly knew how to enjoy himself.’