She’s known for her quirky sense of style.

However, Helena Bonham Carter kept things relatively low-key as she stepped out for a dog walk in London on Saturday.

The actress, 54, wrapped up in a tailored black jacket paired with a colourful blue and purple scarf as she enjoyed a stroll around the city.

Weekend stroll: Helena Bonham Carter wrapped up in a black jacket and colourful scarf as she stepped out for a dog walk in London on Saturday

Helena added another splash of colour to her ensemble by donning some dark green trousers and a pair of brown leather boots.

The actress wore her brunette locks tied back into two buns, leaving several strands of her tresses down around her face.

She also ensured to take a face mask, wearing it pushed down below her chin, and seemed to have picked up a tiny tub of ice-cream during her outing.

Little snack? The actress, 54, seemed to have picked up a tiny tub of ice cream during the stroll with her adorable dog

The thespian’s outing came after it was announced last month that she and David Mitchell have joined the stellar cast on BBC One’s new comedy series, The Cleaner.

The sitcom has been written by The Inbetweeners star Greg Davies, who will play the lead role of cleaning technician Paul ‘Wicky’ Wickstead.

Screenwriter Greg said he is ‘thrilled’ Helen and Peep Show’s David, 46, will star in the series. 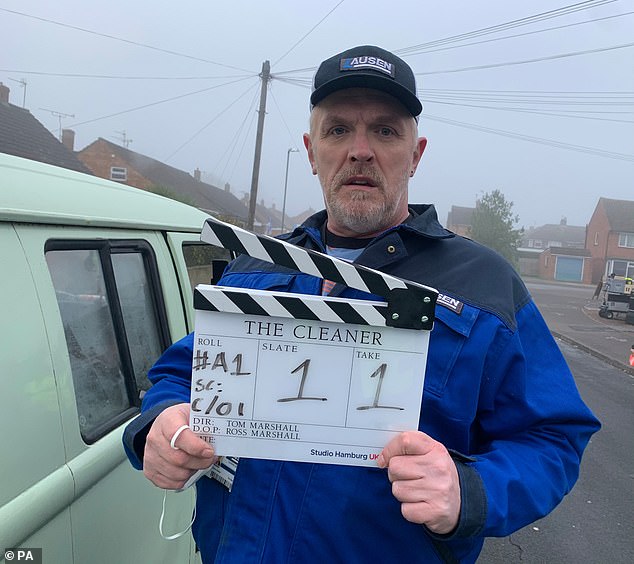 New role: The star’s outing comes after it was announced that she has joined the cast on BBC One’s new show, The Cleaner. The Inbetweeners’ Greg Davies (pictured) wrote the show

It will follow Paul ‘Wicky’ (Greg), who is a crime scene cleaner responsible for the removal of any signs of death.

Armed with chemicals, scrubbing brushes and cleaning rags, Wicky removes the gruesome mess at the scene of the crime.

When carrying out his duties, he stumbles across the strangest of people: from the victim’s relatives, employers, neighbours and acquaintances, to occasionally even the murderers themselves.

Starring alongside Helena, Greg and David is Stephanie Cole (Still Open All Hours), Donald Sumpter (Game Of Thrones) and Shobu Kapoor (Four Weddings and a Funeral). 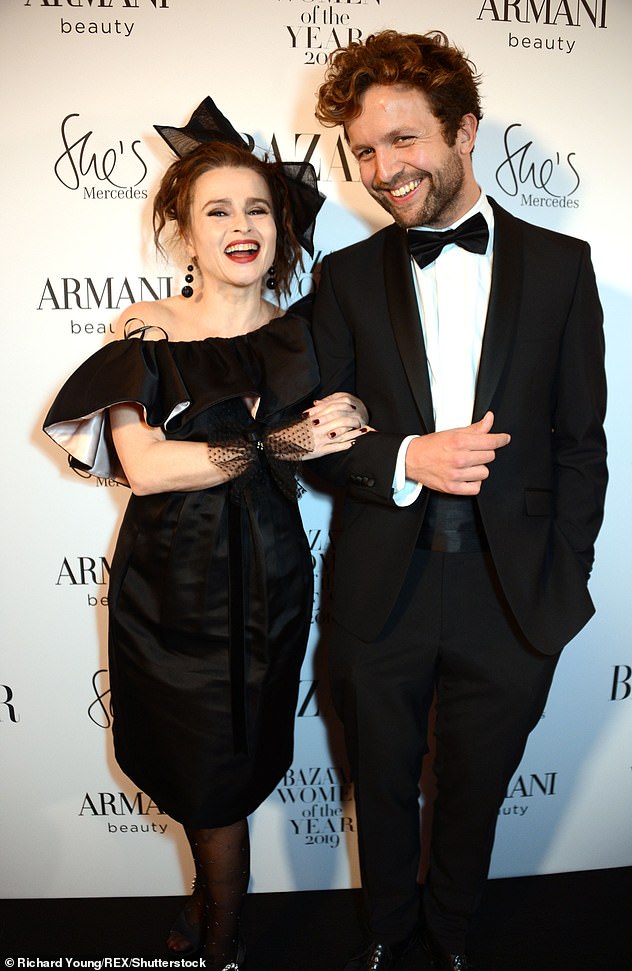 Going strong: Helena has been boyfriend Rye Dag Holmboe, 33, for the past 17 months, marking her first relationship in five years  (pictured together in October 2019)