Helena Kallianiotes opens up about her legendary 1980s LA nightclub

It was the place where Sean Penn punched someone over Madonna. Where Jack Nicholson partied with Meryl Streep. Where Prince wooed women with his hit ‘Kiss’.

This wasn’t the glitzy Studio 54 in Manhattan, or Hollywood’s scandal-ridden Viper Room. This was Helena’s, where photos weren’t allowed and celebrities went wild.

At the helm was Helena Kallianiotes, who escaped from Greece in a refugee boat after World War II and went on to open the premier A-listers spot in Los Angeles.

Now Kallianiotes and her star-studded guest list are talking about the club for the first time since its heyday more than 30 years ago. 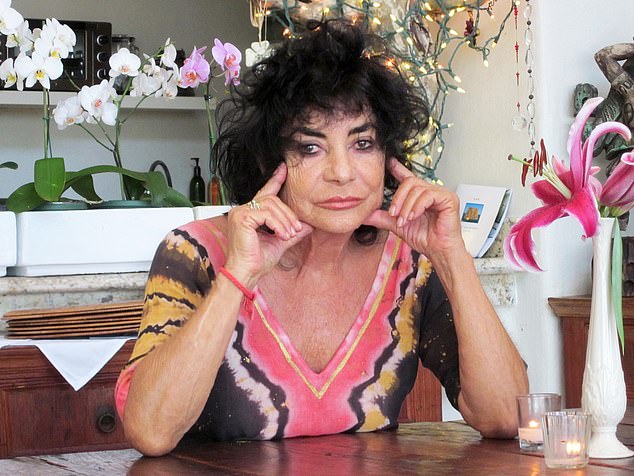 ‘It was so much fun because that was the thing: to dance, hang out at Helena’s and do drugs,’ Melanie Griffith told The Hollywood Reporter.

‘Everybody was coked out and getting laid,’ added Rita Wilson.

Kallianiotes, who worked throughout the 1970s as an actress and belly dancer, opened Helena’s in Los Angeles’ gang-ridden Eastside neighborhood in 1985.

By that point Kallianiotes, now 80, had tired of acting and decided to convert the studio where she had previously taught folk and belly dancing.

And it wasn’t long before Helena’s became an instant hit with Hollywood elite, banning all press, agents, lawyers, and – of course – paparazzi.

There were rock stars like Elton John and Rod Stewart on the dance floor and George Michael spinning records in the DJ booth. 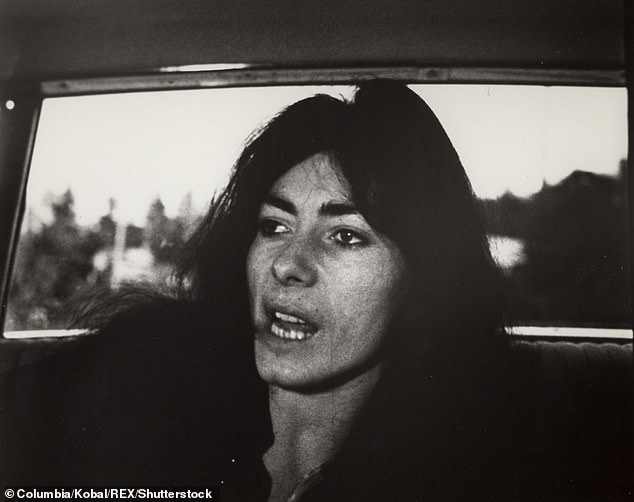 Kallianiotes had previously worked as an actress and belly dancer in Hollywood. She was especially known for her role in Five Easy Pieces (pictured) in 1970

‘People being themselves – it just happened a bunch were really famous.’

That included flirting with each other, with Prince once putting the moves on Rosanna Arquette at Helena’s.

Prince on the dance floor, Paul Getty in his wheelchair doing circles, Sean Penn punching someone over Madonna

‘Prince’s bodyguard told me, “Prince wants to dance with you”. I told him, “Tell him to ask me himself,”‘ she recalled. ‘He did. He put on Kiss.’

Kallianiotes charged anywhere from $500 to $3,000 for annual membership, and counted Huston, Penn, Madonna, and Marlon Brando among her charter members.

‘They poured in and it was like sardines on the dance floor,’ Kallianiotes recalled of her opening night.

‘Ever since then, I had to work the door. I started to make it membership.’

Nicholson, a close friend of Kallianiotes who went on to platonically share a house with her for 27 years, was an early investor at Helena’s and at the club every Friday.

It was he who told her to stop giving bottled water for free, yelling to her one night: ‘Helena, charge them for the water! They can afford it!’ 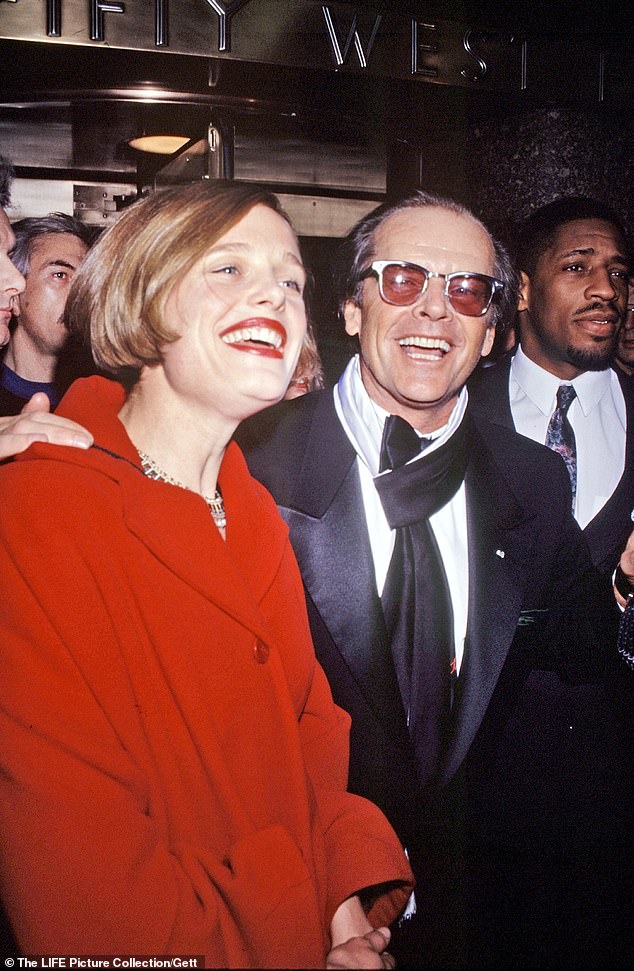 Jack Nicholson, a close friend of Kallianiotes, was an early investor in Helena’s. It is also where he met Rebecca Broussard (pictured together in 1990). She went on to have two of his kids

Nicholson met Rebecca Broussard, the future mother to two of his children, while she worked as a waitress at the club.

‘I was about ready to move back to Kentucky when Helena called me and said “Becks, I want you to come work for me,'” Broussard recalled.

‘Working at Helena’s was such a grand experience. Helena really took care of her clientele, which included more celebrities than any awards show you’d ever go to.’

‘She made them feel safe, and it was almost a family atmosphere. In retrospect, Helena’s had an innocence. You can’t even imagine innocence at a club in the ’80s, but it was innocent.’

Helena’s was also where Nicholson once threw a birthday party for Hustin, who he dated on and off for 17 years, and even rented a baby elephant.

The baby elephant urinated for five minutes on the dance floor.

While Kallianiotes said Helena’s wasn’t like Studio 54 ‘where you have to have good shoes’, there was still a list and bodyguards at the front door.

‘Helena would pick who came in,’ Virginia Madsen recalled. ‘Somehow she would know if a person just wanted to meet a famous guy, and they weren’t allowed in.’

‘Not that there wasn’t networking. I think somebody once said, “Helena’s: Where every dance is a career move.'”

Kallianiotes would also often encourage certain people to sit together, sometimes even mending those embroiled in the middle of lawsuits with each other. 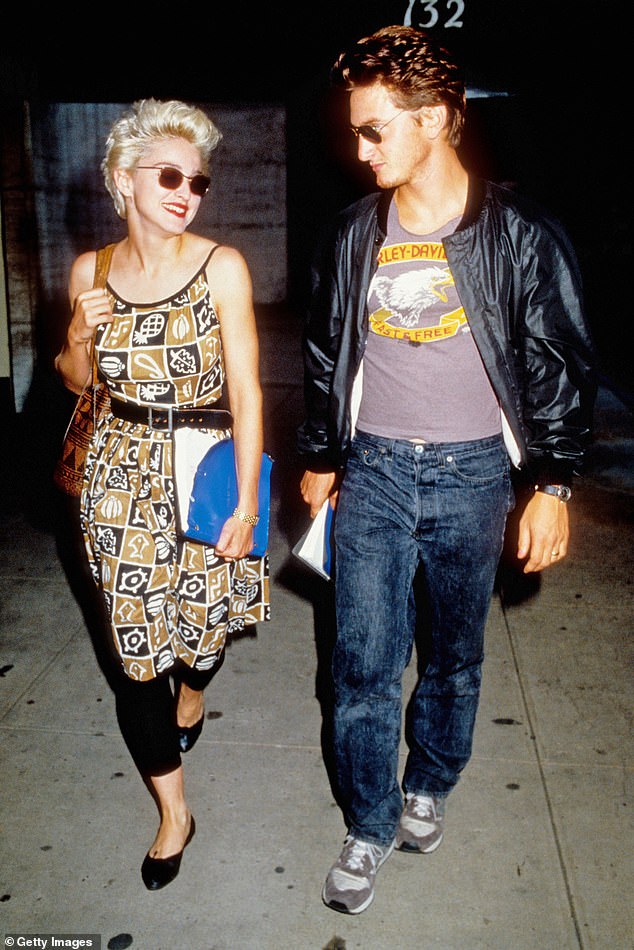 Sean Penn and Madonna (pictured together in 1986) were frequent guests at Helena’s. Penn once even punched a man over Madonna at the club

‘It was a subdued intimate dinner club for the Hollywood elite,’ said celebrity manager Loree Rodkin.

‘You’d say hello to all your friends at one table, then go on to the next. It was a movable dining experience.’

Helena’s was more than just a nightclub. The two-floor space, painted white and drenched in pink lights, also included a 20-table dining room.

On the menu were oysters, flourless chocolate cake, and a Greek garlic pasta.

‘I remember Madonna coming up to me, saying “Helena, how can people dance when you have garlic here?”‘ Kallianiotes recalled.

Kallianiotes hired Marlon Brando’s son Christian to do construction on the place before she opened, thus attracting the legendary actor as well.

‘Marlon would come there every night to see his son’s work,’ she said. ‘He was there all the time.’

Kallianiotes was happy to turn people away, including arms dealer Adan Khashoggi – despite his $10,000 bribe – and once accidentally said no to Prince.

‘I said I despise royalty, no way can they get in ahead of everybody else,’ she said.

After realizing her mistake, Kallianiotes gave Prince a table at Helena’s every Friday.

‘He used to bring his father in,’ she said. ‘He was as short as Prince.’

And while Kallianiotes was serious about her ban against cameras, that doesn’t mean some still didn’t try.

Paparrazi photographer Ron Galella once tried to take a picture of the clubgoers through a window at Helena’s – only to get electrocuted. 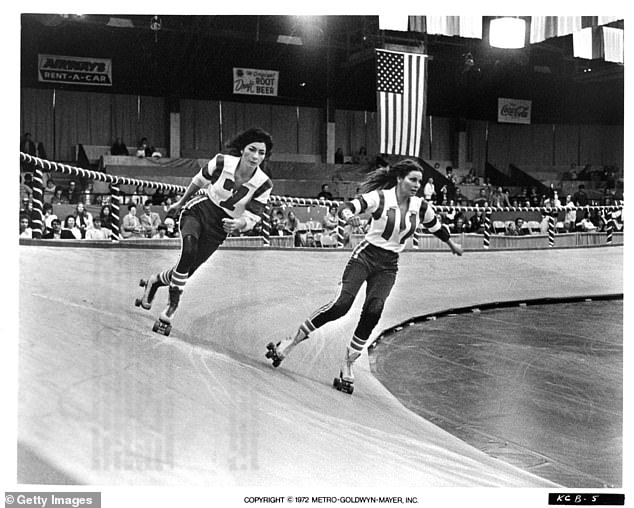 Kallianiotes decided to open Helena’s after giving up acting in the early 1980s. She is pictured here alongside Raquel Welch in the film Kansas City Bomber in 1972

And one vengeful waiter who had been fired tried to take pictures of the stars, before Penn chased him down the street and pulled the film out of the camera.

But it wasn’t just the privacy that drew people to Helena’s. It was Kallianiotes as well.

Huston, who met Kallianiotes at Nicholson’s in the early 70’s, was struck by the ‘amazing-looking woman’.

‘She had a tattoo on her upper arm that was a crucifix that said Mom,’ Huston said.

‘She was fascinating and scary. I soon learned that Helena has the gentlest of hearts.’

Kallianotes shut Helena’s in 1991 after she was injured in a car accident.

‘I came there for the Academy Awards in a huge cast on my leg,’ she recalled. ‘Everybody was sitting there: Meryl Streep, Jack, Sam Shepard.’

‘Sam signed my cast, and I never went back.’

Kallianotes left Los Angeles for good in 2006 after she got caught up in a Colombian scam while trying to launch a spa franchise.

‘I thought, I want to protect Jack’s children, because I didn’t know what I was involved in,’ she said.

‘It looked like I was involved with a guy in the cartel.’

Kallianiotes has spent the last decade in Puerto Vallarta, where she has been building an artist’s retreat.

And while Helena’s will never be immortalized in pictures, the haven that Kallianiotes created will be remembered for decades to come.