Texas law enforcement officials on Friday released dramatic footage recorded by a helicopter camera in March 2018, documenting in real time the moment the Austin serial bomber blew himself up.

The recording, made by a helicopter’s night-vision camera, begins with suspect Mark Conditt pulling out of a parking spot and driving southbound on the Interstate 35 frontage road in the early morning hours of March 21. 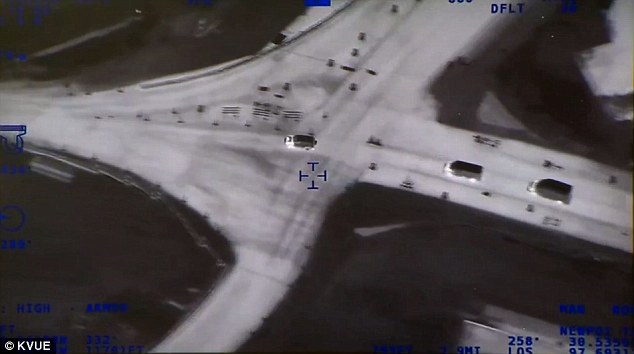 Police vans went in pursuit of the wanted man, driving south on Interatate 35 frontage road in Austin early in the morning 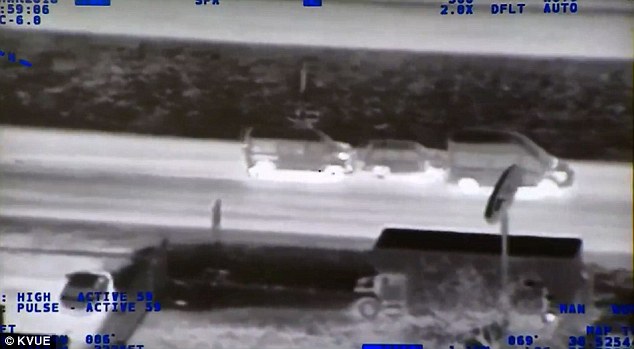 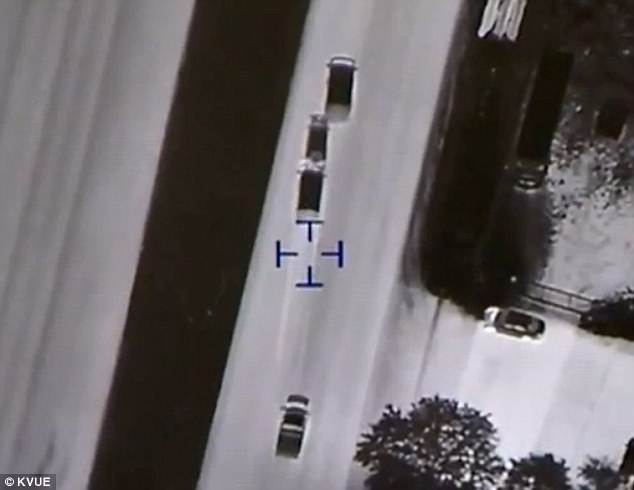 As he nears a stop light at an intersection, police vans carrying SWAT team members begin pursuing him.

Moments later, two vans box Conditt in on the right. One officer runs to the suspect’s vehicle and pounds on the door three times, trying to get the driver to open.

Suddenly, a bright flash illuminates the interior of the car and sends officers standing nearby flying backwards.

None of the SWAT team members were seriously injured in the blast, which killed the 23-year-old bombing suspect. 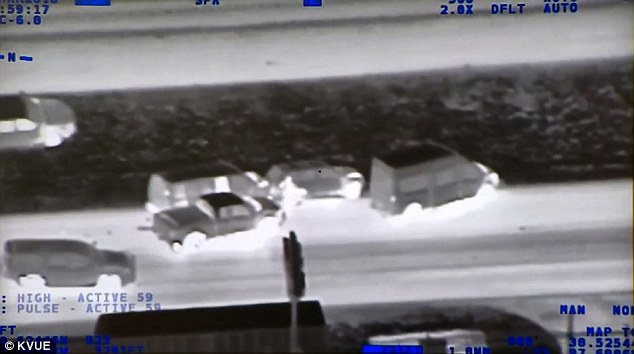 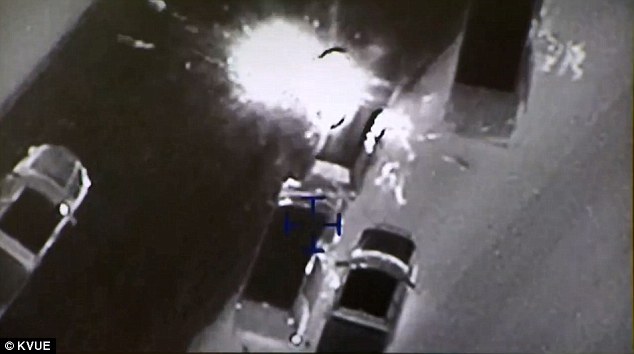 After the officer banged on Conditt’s SUV three times, the 23-year-old detonated an explosive device, killing himself 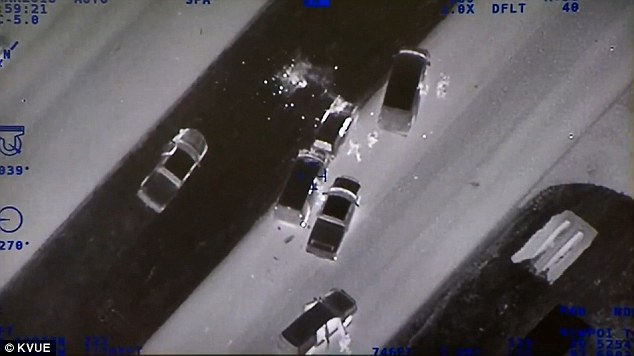 The newly released video captured the violent conclusion of a desperate hunt for the unemployed college dropout who police say killed two men, seriously wounded four others and kept the city of Austin in a state of terror for 19 days.

Conditt, who bought bomb-making materials at Home Depot, was tracked down using store surveillance video, cellphone signals and witness accounts of a customer shipping packages in a disguise that included a blond wig and gloves. His motive remained a mystery. 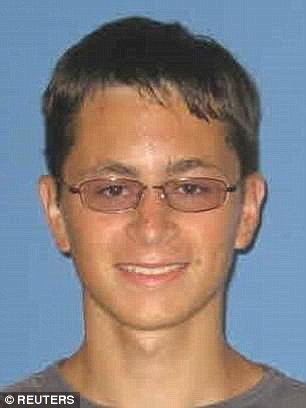 Police finally found the 23-year-old in the early hours of March 21 at a hotel in a suburb north of Austin. Officers prepared to move in for an arrest. When the suspect’s sport utility vehicle began to drive away, they followed.

Conditt ran into a ditch on the side of the road after being rammed from behind by a police van, as seen in the chopper footage, and detonated a bomb inside his red SUV as cops closed in on him.

Austin was hit with four bombings starting on March 2. The first explosions were from packages left on doorsteps. Then a bomb with a tripwire was placed near a public trail. A fifth parcel bomb detonated early Tuesday at a FedEx distribution center near San Antonio.

Rep. Michael McCaul said Conditt’s ‘fatal mistake’ was walking into a FedEx store wearing to mail a package because that allowed authorities to obtain surveillance video that showed him and his vehicle, along with his license plate number.

From there, investigators could identify the suspect and eventually track him using his cellphone. 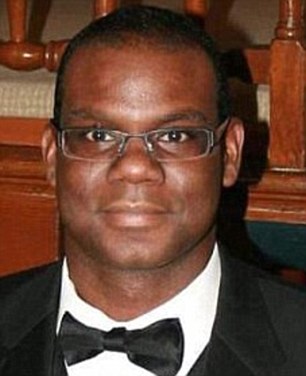 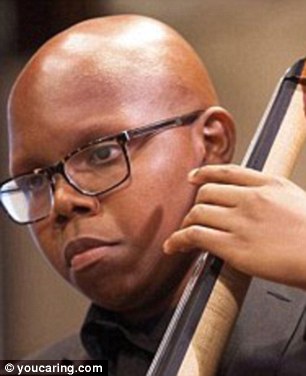 Anthony Stephan House (left), 39, died on March 2 after opening a package delivered to his Austin home. Draylen Mason (right), 17, died on March 12 and his mother was seriously injured after a package exploded in their kitchen 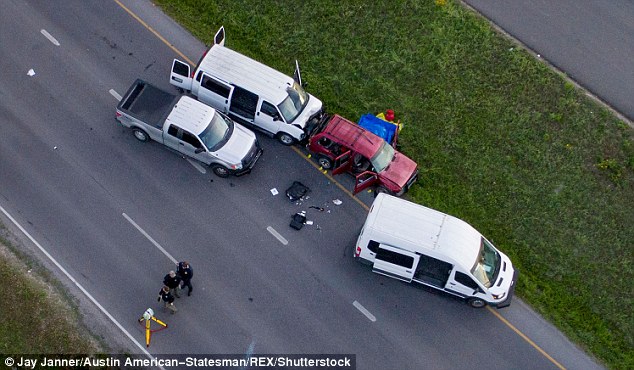 The Austin American-Statesman reported in March that Conditt described himself on a 25-minute video confession as a ‘psychopath’ who had been disturbed since childhood.