Helicopter crash survivor is sliced to death by blades in Colombia

This is the shocking moment a helicopter flips over and slices a man to death during a recovery mission of another broken down chopper in Colombia.

The first helicopter had gone down in a rural part of the southwestern Cauca District a week before following technical issues.

With the first helicopter carrying valuable equipment, another mission was sent out to retrieve it.

Chopper: Video shows seconds before one of the helicopter company’s technicians, seen right, is sliced to death by its rotor blades

Video shows two technicians standing next to the remains of the downed helicopter, waving their hands to direct the rescuing chopper safely to the ground.

The victim, Ivan Andrés López Londoño can be seen in white with his arms in the air as the black helicopter descends. 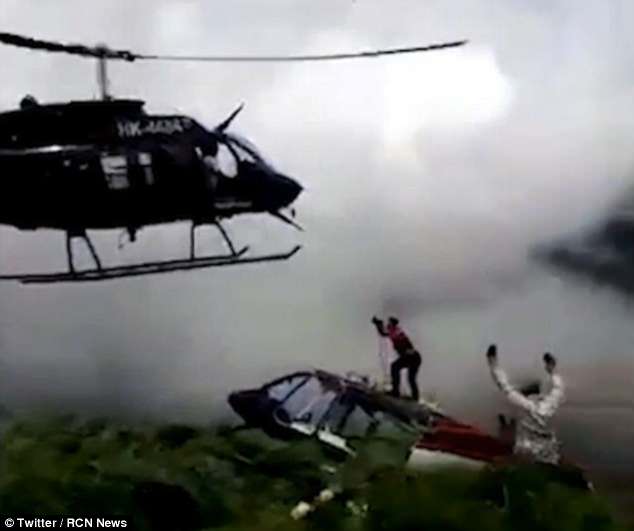 Mission: The first helicopter, which one of them stands on, had gone down in the southwestern Cauca District a week earlier, and they were sent out to retrieve its parts and cargo 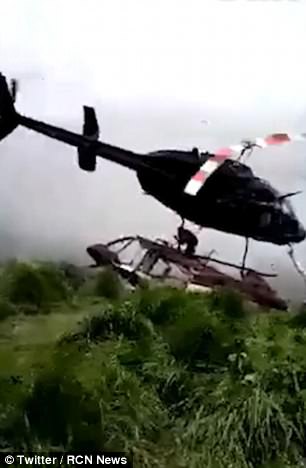 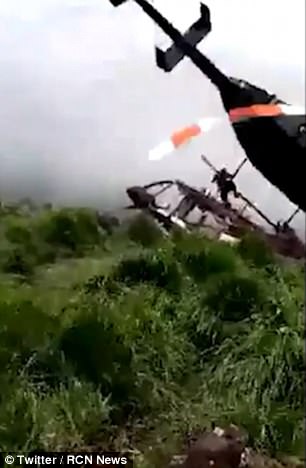 Crash: Suddenly, the descending helicopter overturns and kills one of the men 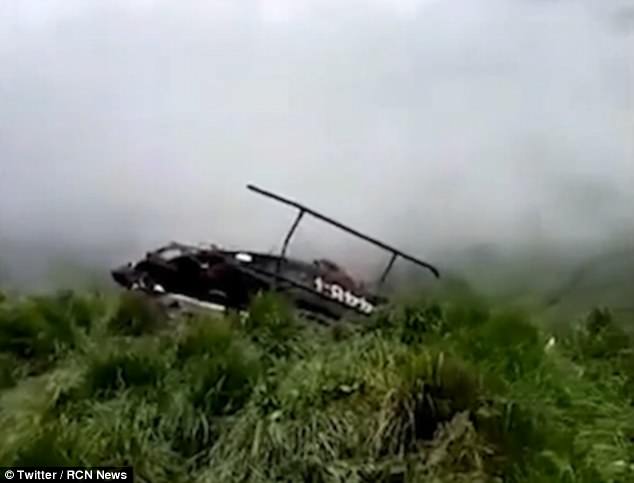 However, suddenly the aircraft tips to the side and rolls over, with López Londoño hit by the rotating blades just out of shot.

López Londoño, who reportedly worked as a maintenance manager for the helicopter company, died at the scene.

The pilot suffered a wrist injury and bruising when the helicopter overturned, and was transferred to hospital.

Local authorities have launched an investigation to establish the cause of the accident, which took place last Sunday.