One man has been injured after a training helicopter was involved in a ground incident at Perth Airport this morning.

The privately owned helicopter, which was undergoing tests, was left a ‘mangled mess’ after the incident at around 10.50am.

A photograph of the helicopter shows the badly damaged craft near Scotland’s Charity Air Ambulance (SCAA) base.

Connor Wojtowicz, who live nears the airport, told the Courier: ‘I was sitting in my room which is 150ft from where the helicopter came down.

‘I heard it take off and it didn’t sound right at all – then there was a bang.’

One man has been injured after a helicopter crashed at Perth Airport this morning at around 10.25am 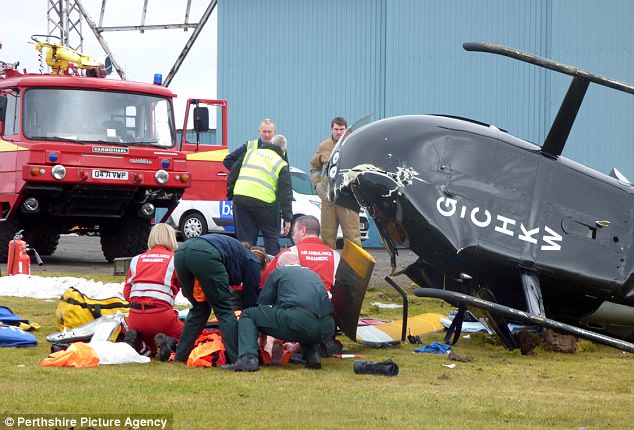 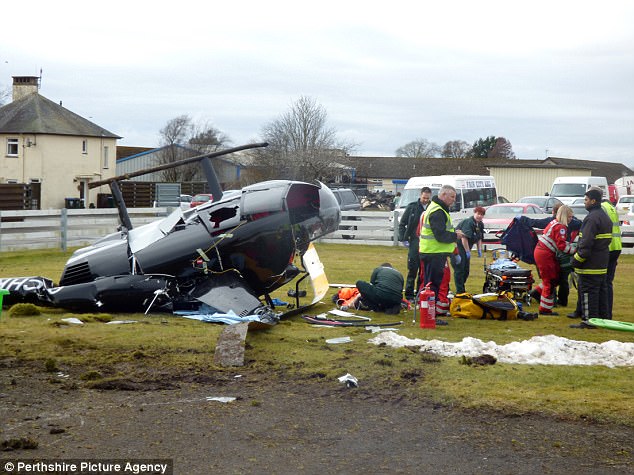 Connor Wojtowicz said: ‘I heard it take off and it didn’t sound right at all – then there was a bang’

Mr Wojtowicz also told the Sun: ‘The rear tail was completely crumpled and it was leaking fuel.

‘Before my brother and I even got out of the house, people were already out with fire extinguishers.’

The aircraft was not in the air at the time of the crash.

Three units from Scottish Fire and Rescue along with their command unit joined fire officers from the airport.

The helicopter has since been covered with a fire-retardant foam. 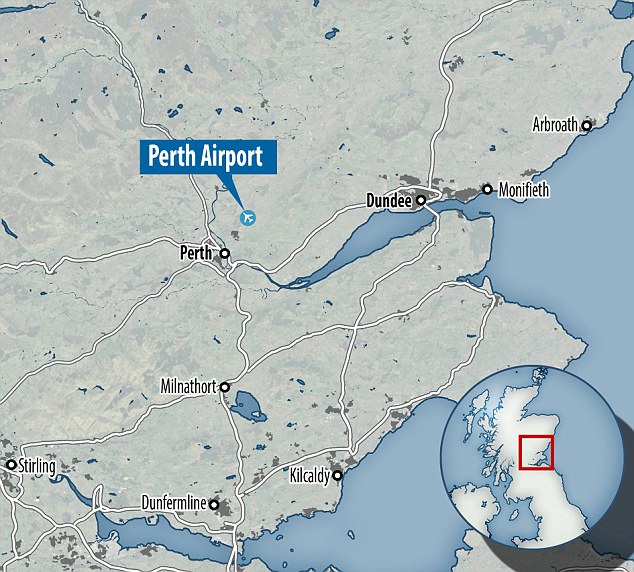 Perth Airport is located three and a half miles from the city of Perth. It is primarily used for private and business aircraft and pilots are often trained here 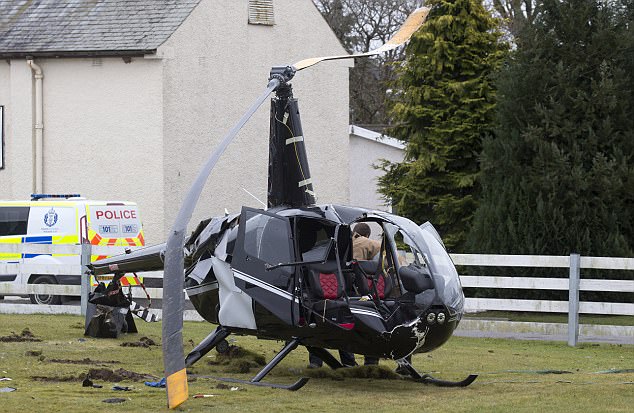 The aircraft was not in the air at the time of the crash. The helicopter is believed to be used for training purposes

ACS Aviation, Perth Airport’s operator, tweeted: ‘We are aware of a ground incident at Perth Airport today involving a privately owned helicopter that was undergoing maintenance.

‘One person has been injured, and is currently being treated in hospital for a leg injury. We are supporting all involved.’

Police Scotland said that an investigation will be carried out into the incident.

A spokesman said: ‘Police Scotland can confirm that they are dealing with an incident at Perth Airport.

‘A helicopter has been involved in an incident within the airport, resulting in damage to the aircraft.

‘The occupant of the helicopter has been taken to hospital with a leg injury.

‘There is no danger to the public and an investigation will follow. The airport remains open.’

The injured man, believed to be the pilot, was taken to hospital after being helped by members from the SCAA team. It is believed he broke his leg in the crash.

No commercial flights fly in or out of Perth Airport and it is still fully operational following the incident. 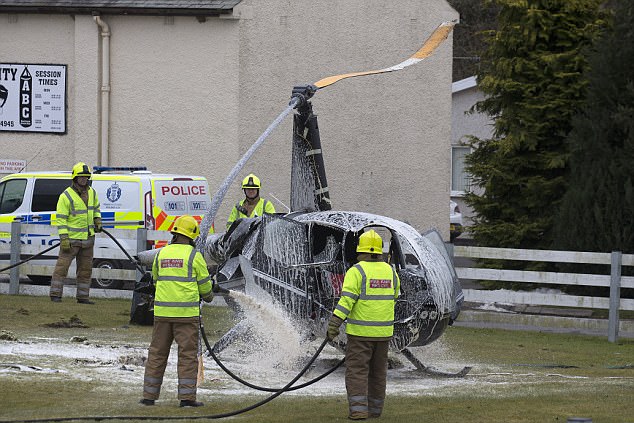 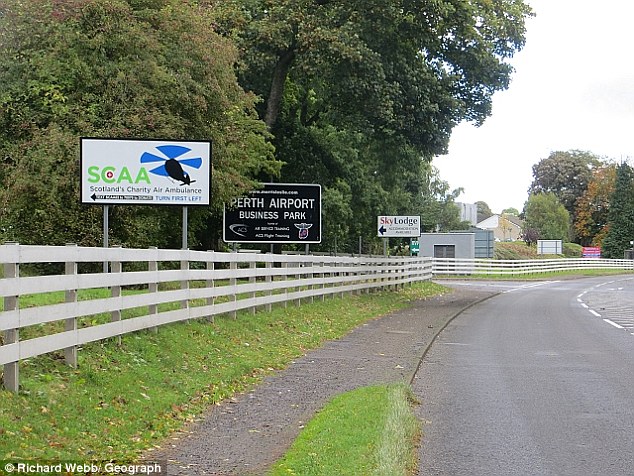 One witness described the helicopter as a ‘mangled mess’ after the crash (pictured: file photo of Perth Airport)