A helicopter pilot rescued 40 people stranded in a area ravaged by Hurricane Dorian after ‘intuition’ told him to fly back over debris that others assumed was a pile of rubbish.

Justin Johnson, from Destin, Florida, was flying volunteers in the Bahamas for MEDIC Corps on Tuesday in the aftermath of the Hurricane, which flattened towns and killed at least 50 people two weeks ago.

While making a journey to Fox Town on Little Abaco Island, Bahamas, with his wife and Jacksonville news reporter Vic Micolucci in tow, the reporter pointed out a pile of debris to the pilot.

Angela Bartlett (center) with some of the 40 survivors discovered by her husband in Abaco, Bahamas. A flattened landscape and upturned car shows the devastation

Shrugging it off as most likely ‘rubbish’ the pilot’s wife, Angela Johnson, and another volunteer on board deemed the debris uninhabited as it was far from main roads on the remote island.

It was only when flying over the spot in Little Abaco while making a supply run the next day that Mr Johnson felt the need to stop and check for survivors.

On landing at the site people immediately began crawling out of the damaged structures, with the pilot calling his wife to ‘Pack up everything, that place [the reporter] found has 30 to 40 people living in it’, reports NBC News. 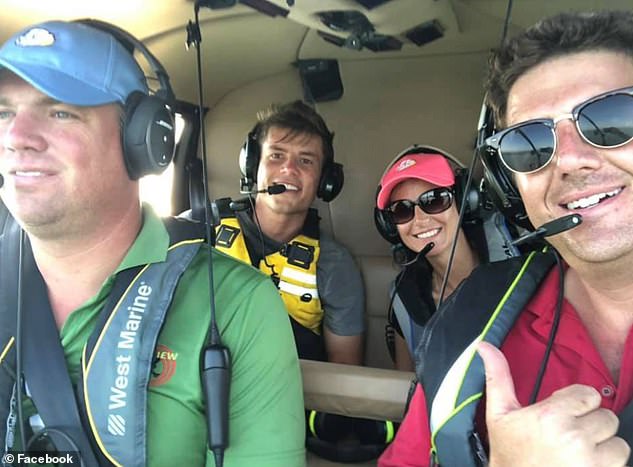 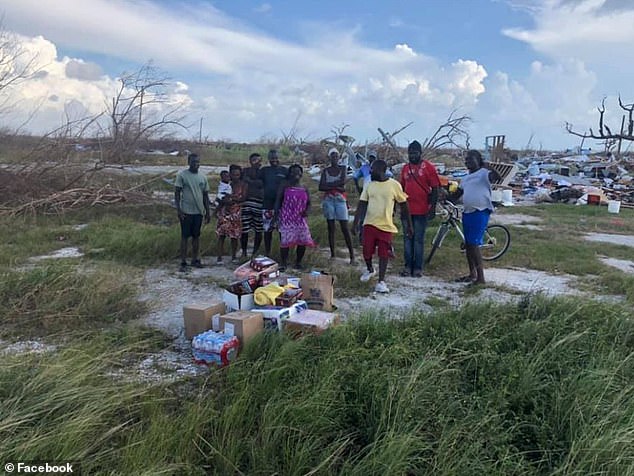 The couple, along with MEDIC Corps, were able to bring tents, water and food to the stranded survivors who were in desperate need.

Mrs Johnson told NBC News: ‘He had this intuition that he had to fly back over,’ Angela Johnson said.

MEDIC Corps told the news publication: ‘Many were undocumented Haitian immigrants who are afraid of being deported so it is sometimes difficult to provide evacuation to these communities and they aren’t the first to show themselves.’

If not for Mr Johnson’s considerate actions the village may have been overlooked as they lived far from a road, did not own vehicles or speak English, said Medic Corps. 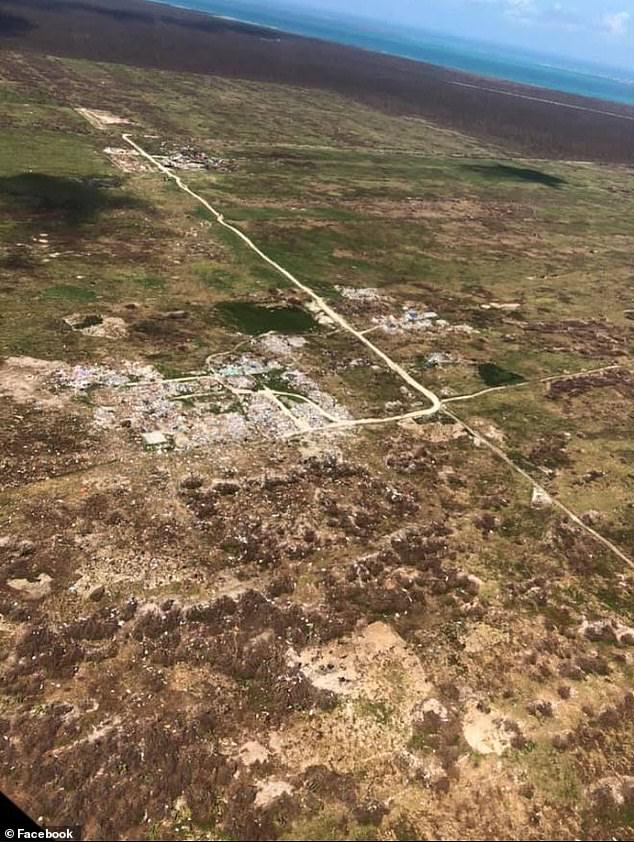 A pictured shared by Mrs Johnson of the devastation over Abaco, Bahamas

Angela Johnson said the villagers, who were desperate for supplies, were dancing with joy ‘hands raised up to the heavens’ after being saved by the group.

Earlier last week the couple reunited three girls ages, three, six and ten with their grandparents after they became stuck on a collapsed road on the Island that had become a river with a strong current.

The children had been dropped off by boat to meet their parents but left stranded due to the road.

The couple own Timberview Helicopters in Destin, Florida and decided to do what they could to help after the hurricane.