The hero helicopter pilot who crashed in Kosciuszko National Park suffered horrific burns in another chopper accident in Canada in 2005.

Philip O’Driscoll, 45, suffered head and spinal injuries after the crash on Tuesday afternoon, an accident all too familiar for the veteran pilot.

In 2005, Mr O’Driscoll cheated death when his helicopter smashed into a cliff in mountains in Canada as he tried to avoid hitting people after the engine cut out.

Pilot Philip O’Driscoll, 45, crashed in Kosciusko National Park on Tuesday and was rushed to hospital after the accident (pictured with his partner) 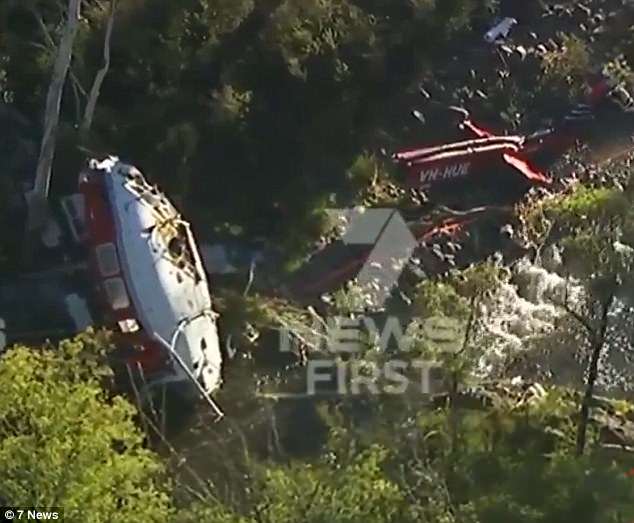 The aircraft burst into flames and Mr O’Driscoll managed to climb through the wreckage before passing out in the snow for three hours until he was rescued.

‘The motor quit. I could have dropped straight down and rolled over backwards, I would have been fine but Emry (one of the passengers) would have definitely been dead,’ Mr O’Driscoll told 60 Minutes in a 2007 interview.

‘I just remember hot air on the side of my face and I thought ‘I better get out of here’. And then it just hit me – that’s not air, that’s fire. I’m burning,’ he said.

Mr O’Driscoll is in a stable condition after suffering the serious injuries, with his partner arriving at Canberra Hospital on Wednesday morning. 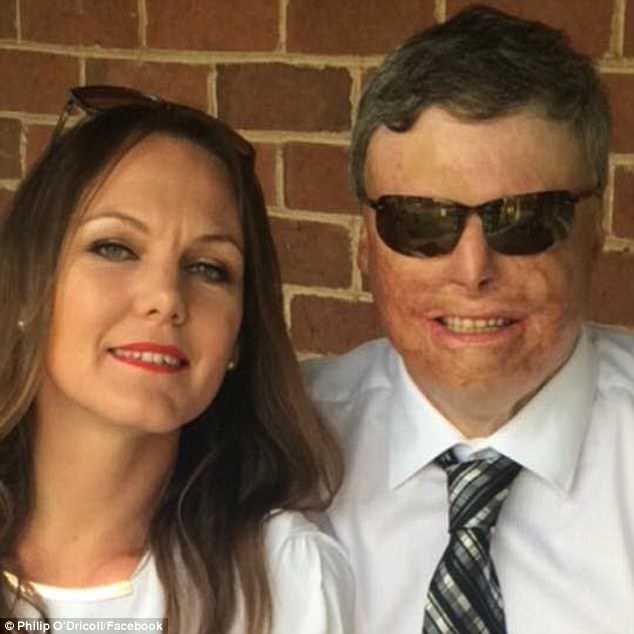 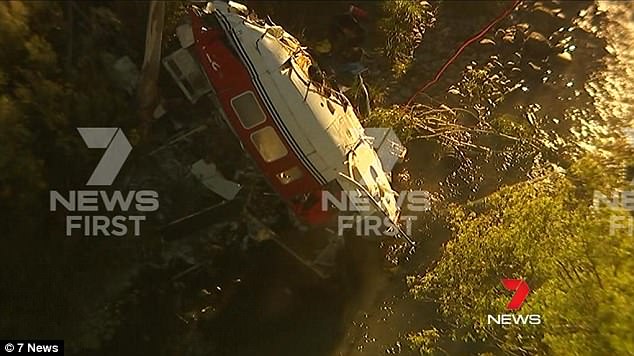 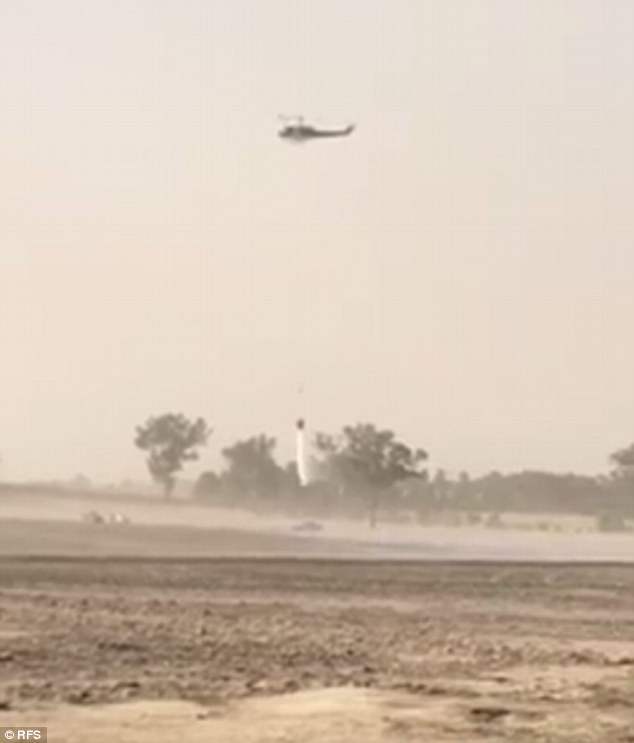 A severe blaze threatened dozens of homes in the west Sydney suburb of Holsworthy over the weekend, destroying 3,300 hectares of bushland.

On Thursday, he was also working with firefighters in the remote area around Table Top on the NSW southern border.

His UH-1H helicopter came down in a remote area near Cabramurra at around 2.30pm on Tuesday before catching fire.

A desperate rescue mission was launched and several paramedic teams including a rescue helicopter were winched down to the crash site.

The flames were put out after the fire broke out with Mr O’Driscoll trapped inside the cockpit. 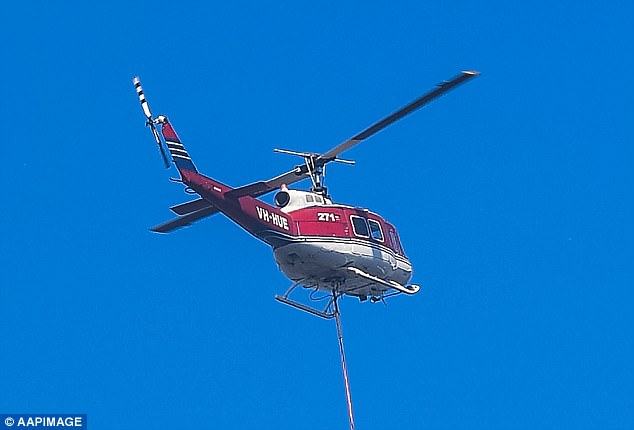 Mr O’Driscoll was removing equipment from a remote drill site for the Snowy 2.0 hydroelectric project in the Snowy Mountains 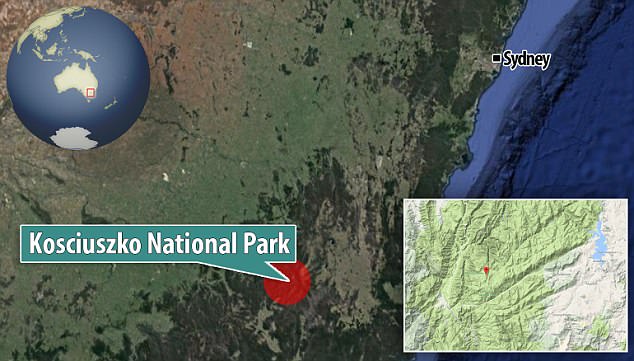 The aircraft came down and caught fire at around 2.30pm on Tuesday in the remote area near Cabramurra 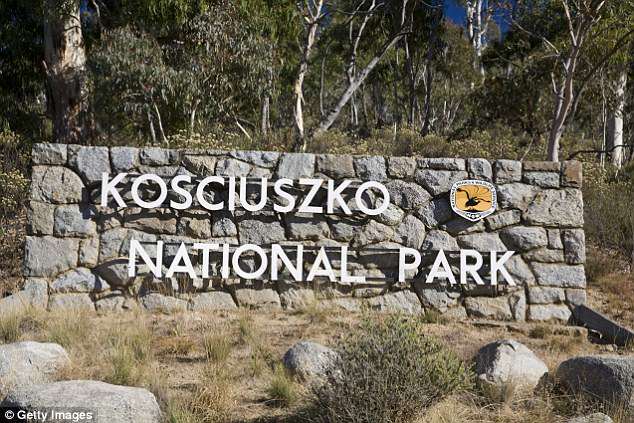 The man, who is 45-year-old, is being treated by paramedic teams including the rescue helicopter in the New South Wales park

Mr O’Driscoll, who is from Humpty Doo, around 40km from Darwin in the Northern Territory, has been helping rural fire services across Australia for more than 18 years.

NSWRFS confirmed Mr O’Driscoll was called to help with the bush fires in Sydney and in the state during the past week.

When his helicopter crashed on Tuesday, Mr O’Driscoll was removing equipment from a remote drill site for the Snowy 2.0 hydroelectric project in the Snowy Mountains.

Paul Broad, chief executive for Snowy Hydro, confirmed the aircraft was supporting the ‘geotechnical drilling program’ for the project.

The aircraft is capable of lifting 1,500kg and served in the Vietnam War.

Footage posted by the Splitters Creek Rural Fire Brigade was shared by Mr O’Driscoll on his Facebook page on April 12. 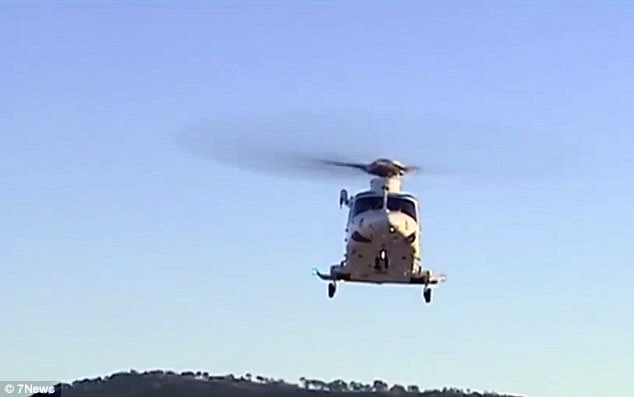 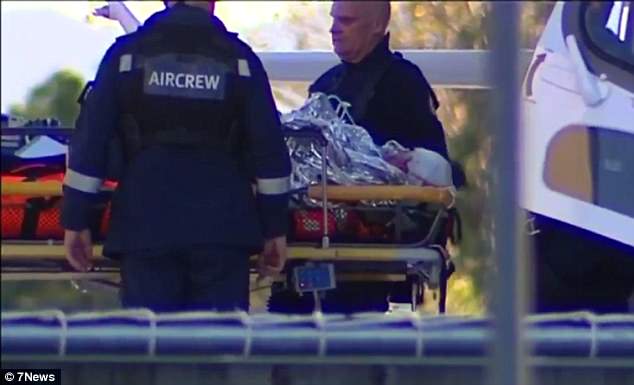 The fire on board the aircraft has been extinguished with the man suffering head lacerations, according to New South Wales Police

He told friends the video shared by the fire service was of him ‘burning stubble and cleaning up’.

He also shared footage of him in action during the devastating Tathra bushfires on the NSW south coast in March.

Mr O’Driscoll was the only person on board the chopper as rescue teams raced to the remote area near Lake Tablingo.

He had to be winched from the wreckage and flown to hospital around 100km away in Canberra.

A NSW Police spokesman said: ‘The Australian Transport Safety Bureau (ATSB) have been notified about the crash, and will deploy an investigation team to the site.’