The region has been covered in thick blankets of smog for the last two weeks after farmers started forest fires by burning waste crops on agricultural land.

Footage from Jambi province shows the terrifying apocalyptic scene with locals having to cover their faces with masks.

Weather experts say that ‘Rayleigh Scattering’ has descended on parts of Indonesia, caused by farmers burning crops on their land. The red hazy glow happens when sunlight refracts through the smoke 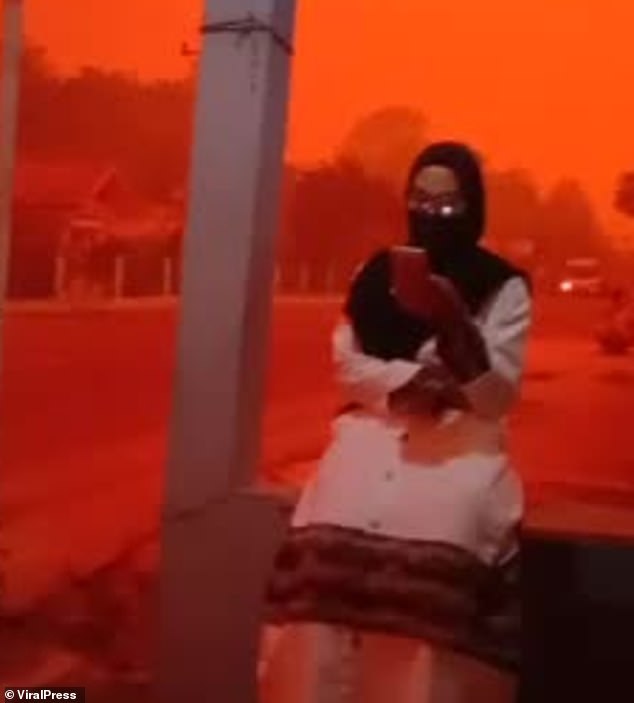 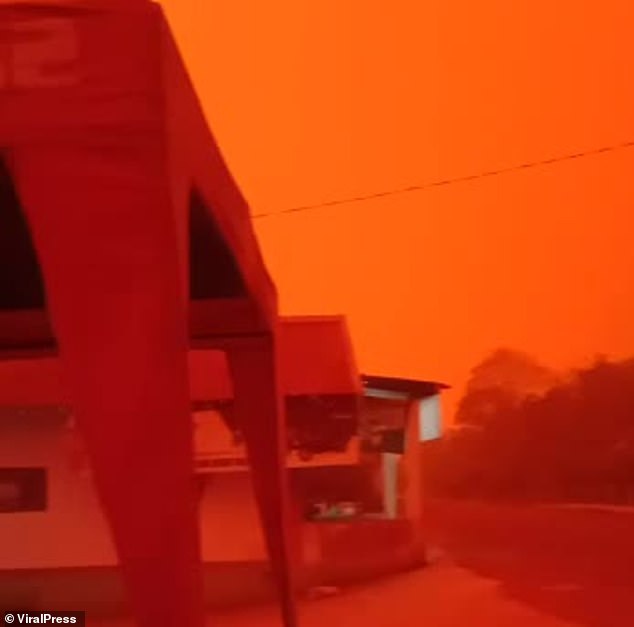 An astronomer said that ‘Rayleigh Scattering’ happens when smoke moves sunlights’ short wavelengths, releasing longer wavelengths and cause the area to appear dim and red

Agus Wibowo Soet, head of the Indonesia National Board for Disaster Management information, said the phenomenon known as ‘Rayleigh Scattering’ was caused by the movement of haze away from hot spots.

Astronomer Marufin Sudibyo said that sunlight was fragmented through the dense clouds of smoke particles causing the red appearance.

He said: ‘Rayleigh Scattering happens when sunlight is dispersed by smoke, dust or airborne particles that filter shorter wavelengths and release longer wavelengths that are in the orange or red spectrum, making the area appear to be dim and red.’ 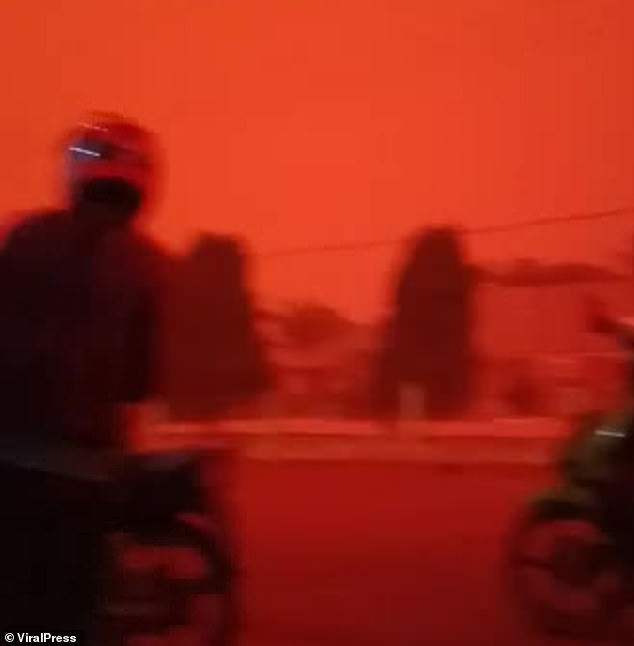 Men can be seen on their motorbikes looking into the hazy smoke ahead. The government of Indonesia have sent 10,000 firefighters to Jambi but residents still believe more should be done 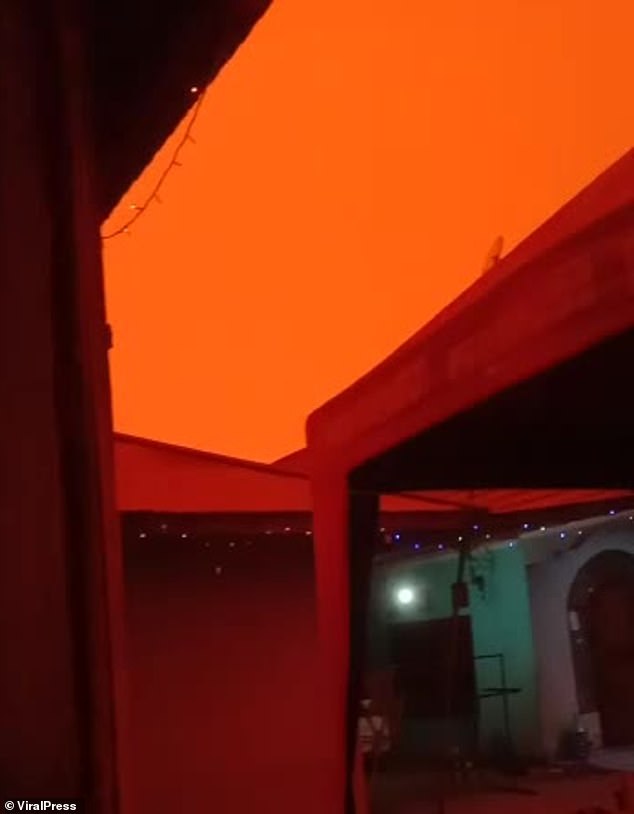 There have been fires across the island of Sumatra and parts of Borneo. Farmers light small fires to clear waste crops but the combination of hot, dry weather has meant thicker smoke is travelling further

Fires began burning through the island of Sumatra and parts of Borneo island last month causing debilitating clouds of haze across the region and in neighbouring countries.

The blazes have been caused by farmers lighting small fires to clear waste crops from their fields and a combination of hot, dry weather has this year meant that the smoke is thicker and drifting further.

Indonesian government officials have deployed more than 10,000 firemen to battle the forest fires but neighbouring governments and residents have complained that more should be done.