A mysterious love note calling for a man named Alan to meet for a date at a pub tonight in London is being shared across social media.

The handwritten note, penned on a sheet of A4 paper and left inside a clear plastic sleeve, was discovered in Hampstead on Wednesday.

In it, the secret admirer says they were ‘taken aback’ when they met Alan ‘on a hot Tuesday in July’.

They then ask Alan to meet at the pub The Flask at 6.30pm on Thursday August 15 – tonight. 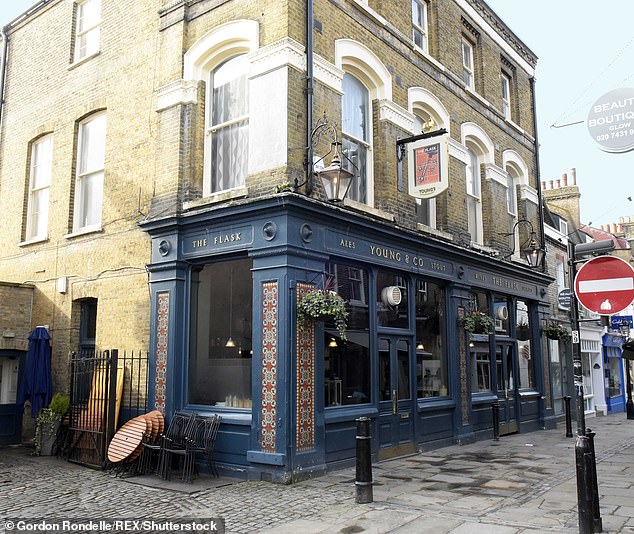 In it, the sender says they were ‘taken aback’ when they met Alan ‘on a hot Tuesday in July’ and  asks to meet at the pub The Flask (pictured) at 6.30pm tonight

The Flask shared a photo of the letter on Instagram, prompting dozens of users spread the word to help find Alan.

Journalist and podcaster Dolly Alderton, who boasts 200,000 followers on the photo sharing app, reposted the photo of the note to her account.

She captioned the picture: ‘I am deeply invested in this, we need to spread the word. Alan – you must go.’

Now social media users are making reservations at The Flask tonight to see if Alan shows up. 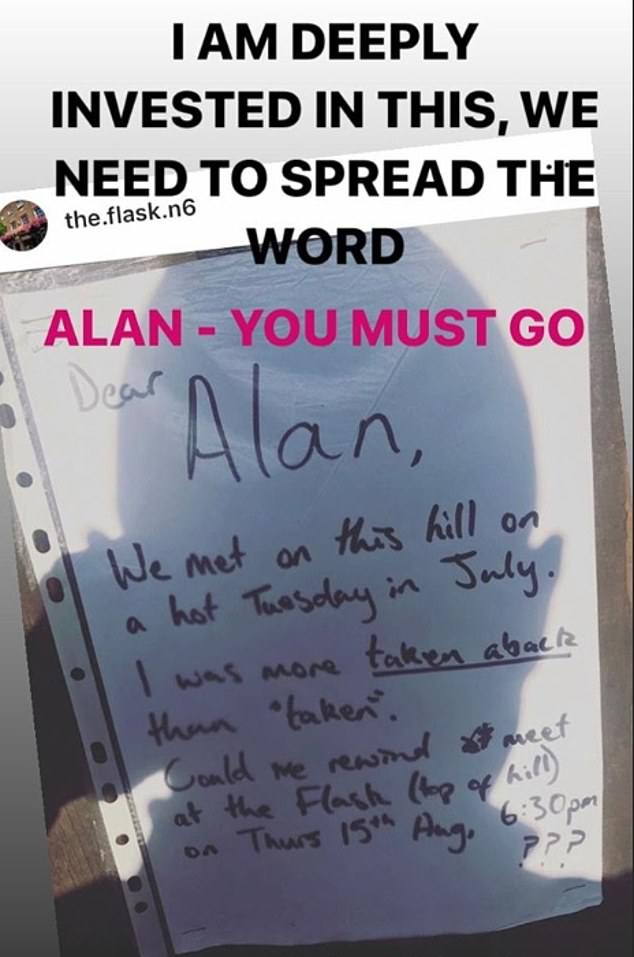 Journalist and podcaster Dolly Alderton, who boasts 200,000 followers on Instagram, shared the note on her account, saying she was ‘deeply invested’ and urging Alan to go

Junior Fraga commented on the pub’s original post: ‘OMG! Can I book a table for 2 please.’

Frances Shazelton said: ‘Just reposted this and I’m determined to make it a movement.’

Amy O’Connor commented: ‘Did my heart good to see this! Go Alan!’

Harriet England wrote, ‘PLEASE update us what happens!’ while Charlie Berry said, ‘Following. We must know how this plays out.’